A car show, live bands, celebrities and elected officials past and present were part of the city of Peñitas’ celebration of its 25th Anniversary of incorporation. 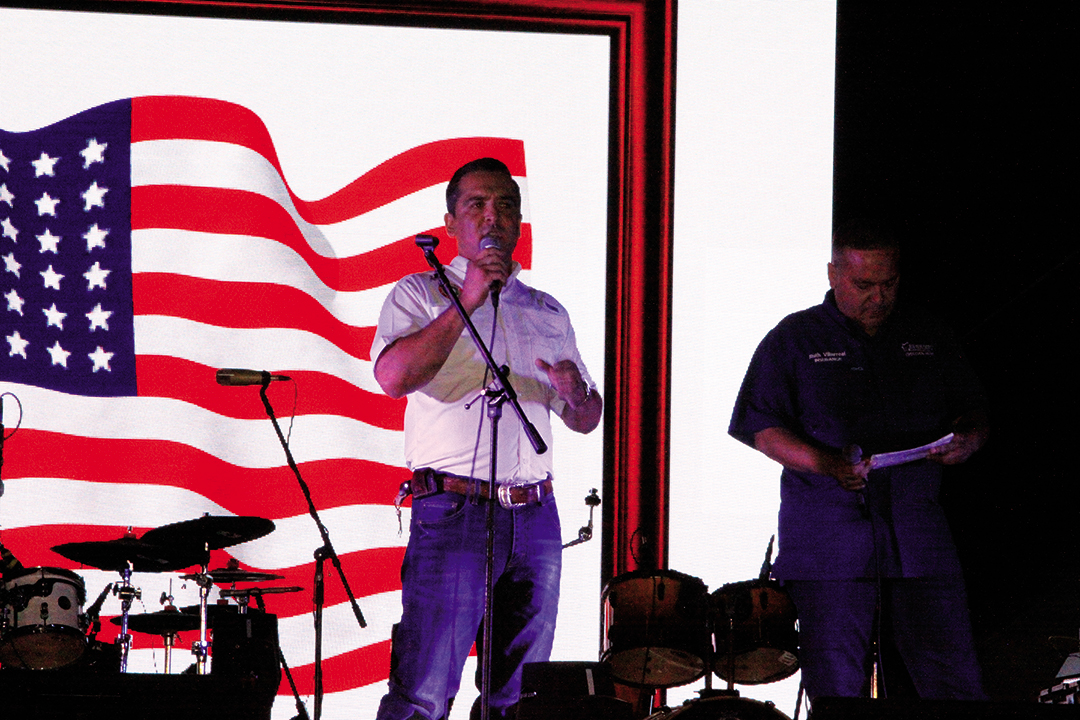 A special presentation celebrating the city was made toward the end of the festival. In it, La Joya School Board President Oscar “Coach” Salinas served as emcee and introduced speakers ranging from local celebrity Alexis Chapa, Peñitas Mayor Rodrigo “Rigo” Lopez and State Rep. Sergio Muñoz Jr.

Lopez thanked all the residents of the city as well as his predecessors.

“Twenty-five years ago, the city’s first mayor and his city commissioners had a dream to make the city what it is now,” he told the crowd. “We’ve still got some ways to go but this city was small and now it has so many services to offer to residents. The previous mayors were the ones who planted the seed that would serve as the foundation to be where we’re at now.”

As an example of the city’s growth Rodriguez cited the creation of full time police and fire departments and noted the city is readying to break ground on a new city hall.

“We are here to help the city grow in any way we can,” Rodriguez said to the crowd in Spanish.

“Those achievements do not compare to how happy I am in this community,” Chapa said. “I’m honored and thankful for being here and witnessing this event with all of you.”

Also presented was a five-minute slideshow touting several city achievements such as the opening of the public library, the local Wal-Mart, which employs 300 residents, and street improvement projects.

The final speaker of the night was Muñoz, who thanked previous city commissioners and mayors for their accomplishments.

“At the end of the day, we all want the same thing which is to have a better quality of life with honor and dignity,” he said. “It is something we all support and we do what we can in the state so this city keeps progressing.”

The event concluded with the presentation of keys to the city to Lopez and former mayors Efren Garza, Antonio Flores Jr. and Servando Ramirez.

“Everything the city has gone through, it’s been possible because we’re all united,” Salinas said.