Alex De Leon didn’t know that when he chose to take a CPR training class and learn the Heimlich Maneuver he would be putting those skills to use on someone so close to him like his mother.

It was a regular Sunday morning for the De Leon family except their son Alex wasn’t supposed to be at home. His usual routine was to hang out over at his friend’s house except for some unusual reason on Oct. 29 he decided to have his friend come over to his home. It was a good thing for Esmeralda De Leon that while she was eating lunch at the dining table, her husband, son and his friend were watching the football game on the sofa. 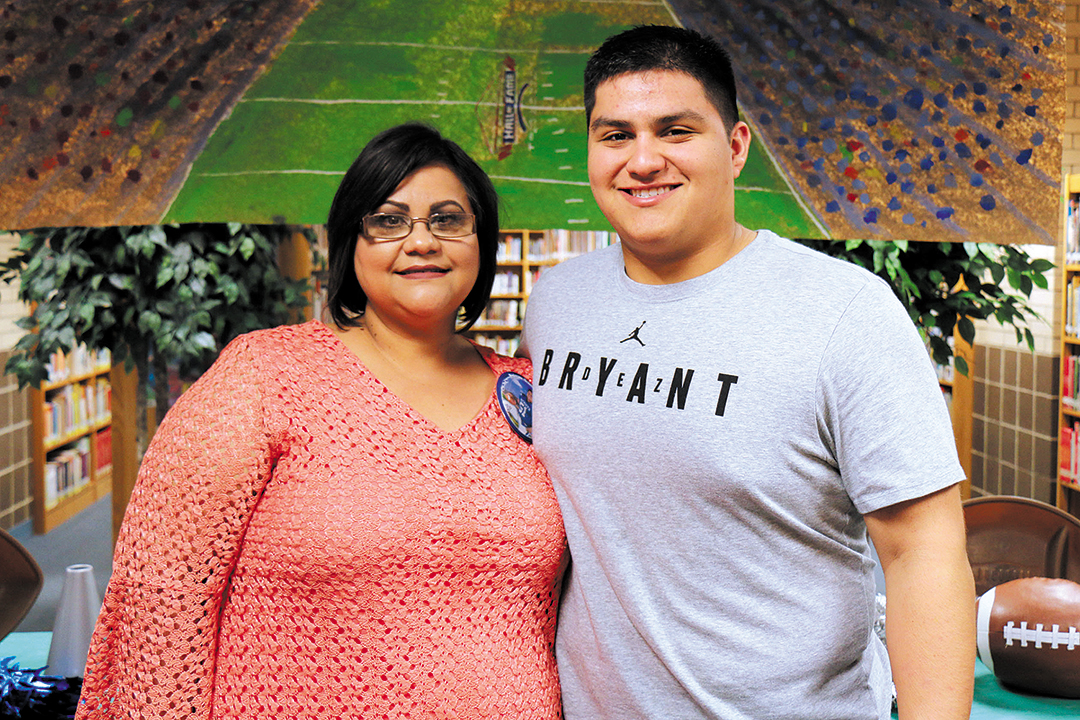 Suddenly Esmeralda, starting choking on her food and couldn’t breathe. Alex heard a choking sound coming from his mom and he kept asking her if she was ok. He realized she couldn’t breathe and instantly took action.

Alex remembered the CPR training he received and the Heimlich maneuver. He asked his mom if she was choking and when she couldn’t respond that is when he got behind her and performed the maneuver.

“I just got behind her and started to do the Heimlich maneuver,” said Alex. “At that point I didn’t hold back, I didn’t know if I was performing the maneuver too hard or not, all I wanted was for her to breathe.”

Soon Esmeralda was breathing and opened the front door to get some more air. After experiencing a life and death moment like what had just happened, she needed a moment to assess the ordeal she had just experienced.

“I’m very thankful that he was there and that he reacted so quickly,” said Esmeralda De Leon. “It is horrific and very scary when you can’t breathe, so I am very grateful to his educators that taught and trained him.”

Alex learned the maneuver in his nursing and health classes and plans to pursue a nursing career following graduation.

Following the event Alex said he was thankful for individuals responsible for teaching him the skills and courses that have made an impact on him, his family and in his future:  William Proctor,  Karen Hurst and Christina Reyes.