Before this season kicked off, Landry and David Gilpin had a conversation. The quarterback told his father and Patriots’ Head Coach they needed to bring a district championship to Veterans Memorial.

Ten games later, the Playoff Patriots (9-1, 7-1) are back in the postseason with a share of the 31-5A title under their belt, and are out to build off last year’s performance that took them three-deep. 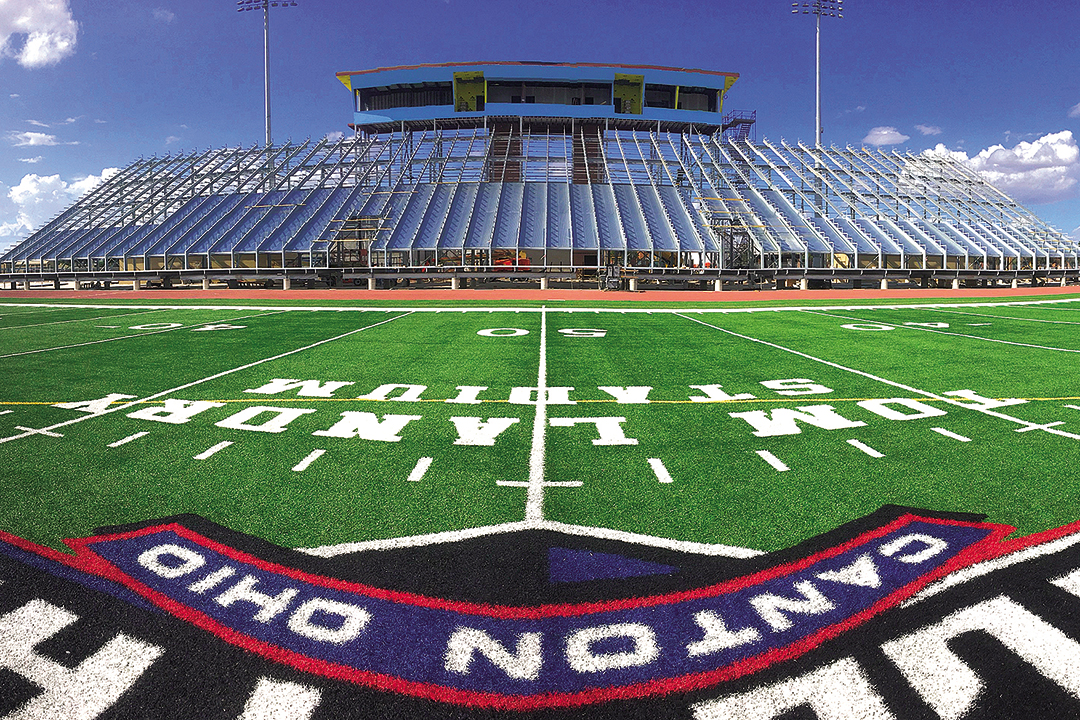 “We’re happy to get a share of the district championship,” David Gilpin said. “Would’ve liked to run the table, would’ve liked to of taken it outright but Sharyland beat us fair and square and you have to give them credit. At this point though, it’s 0-0. It’s the postseason, it’s the tournament and everybody’s starting over. That’s something that we’re trying to impress upon our kids, that our 9-0 is out the window, it’s 0-0 for everybody right now.”

With the postseason set to begin, the Patriots will receive a boost in the form of home-field advantage by hosting their Bi-District playoff game at Tom Landry Hall of Fame Stadium, which will be the first game played there since renovations started in February.

Coach Gilpin said he’s excited for the entire VMHS community to be able to fill up Tom Landry Hall of Fame Stadium for the first time this season after traveling from Roma to Mercedes to catch a Patriots’ makeshift home games.

“While I’m happy and it is exciting for me, the thing that I’m most happiest about is for our seniors,” he said. “And not just our senior football players, our senior cheerleaders, our senior Stars, our senior band members, our senior students from our student body that have grown up with home games at Tom Landry being an event for us.”

Without a single home game, Landry Gilpin finished as 31-5A’s leading passer with 2,566 yards, 23 touchdowns and just four interceptions in over 300 attempts. The dual-threat also led the district on the ground with 1,533 yards on 161 carries to average 9.5 yards per carry to go with 20 rushing scores.

The Patriots’ quarterback said the team never focused on not being able to play at home, but is finally ready to hit the field under the lights at Tom Landry Hall of Fame Stadium.

“We hadn’t really worried about it too much, not playing at our stadium,” he said. “We kind of just rolled with our punches and played where ever we had to. To be able to play the first round of the playoffs in our home stadium is pretty nice, it’s going to be an exciting time.”

The Patriots’ journey to 9-1 hasn’t come without having to leap over a couple hurdles. The defense has lost six starters since the season began. After facing top teams in the Valley like Harlingen High, Pioneer and Nixon, VMHS found themselves at 8-0 before finally falling to Sharyland in a 48-42 thriller.

VMHS senior defensive lineman Abram Martinez, one of the vocal leaders of the Patriot defense, said guys are stepping up to fill holes caused by injury that has led the unit up to this point.

“It’s been a crazy season, especially with the guys that I play with on the defensive side of the ball,” Martinez said. “We knew we could have this season. We had the confidence to play against all the other schools. Everybody thought we were going to lose to Harlingen, but we played ball. I think the guys are stepping up already. We’ve had a few good days of practice.”

The Patriots have been putting in work after clinching a playoff spot three weeks ago. Now, their first round opponent has a face in the Brownsville Lopez Lobos (8-2, 5-2).

Coach Gilpin said while people on this side of the Valley may not know much about Brownsville football, the city has four teams in the postseason and Lopez may be one of the toughest opponents VMHS has faced all season.

“We’ve got a tough road to hold against a very, very good Brownsville Lopez team,” Coach Gilpin said. “I know most people on this side of the Valley don’t know much about them, but they’re tough. It’s going to be an extremely difficult ballgame for us, one that we’re capable of winning without a doubt, but we’ve got our work cut out for us.”

Lopez brings one of the 32-5A’s stingiest defenses and a major threat on the offensive side of the ball in speedy receiver Jose Echavarria. The Patriot defense is aware they must contain Echavarria, and Martinez feels his unit is up to the challenge.

“Our defense will come downhill, we’ll be ready to handle him,” Martinez said. “First-round, I know it’s not going to be easy, practices have been really hard. We’re ready; I know we are. I could feel it.”

The Patriot offense has weapons all over the field as well, which Landry Gilpin trusts and has confidence in. Sophomore receiver Mikey Garcia, VMHS’ most dangerous receiving option, is capable of turning on burners of his own as he has posted 63 catches for 1,146 yards and 10 touchdowns.

The entire offense will have to deal with Lopez’ exotic blitzes and man-to-man defense, which Landry Gilpin feels they can exploit.

“We’ve been kind of building up to this point,” he said. “Our team looks ready. I take my team over anybody and I know these guys are going to rise up to the occasion.”

With game day finally here, Coach Gilpin said the Patriots have been letting the fire burn and will burst into flames Friday night.

“We’ve still got three days from Friday and I’m ready to play right now,” he said. “We’ll try to let that fire burn all week long then burst into flames about 7:30 Friday night.”

Kickoff between the Veterans Memorial Patriots and the Brownsville Lopez Lobos bi-district game is set for 7:30 p.m. tonight at Tom Landry Hall of Fame Stadium on the campus of Mission High School.