When he was a senior at Sharyland High School, Alberto Altamirano’s father was deported.

“It was during my final semester of school and I found out his visa was being revoked and he could no longer spend time in the country,” Altamirano recalled. “He said I should still believe in the American dream and in myself, because that was the only way to embrace life, learn from its ups and downs, and move forward. That was a turning point for me where I knew I had to focus on what I wanted to do and leave the days as a young, irresponsible kid if I was to contribute to the household.” 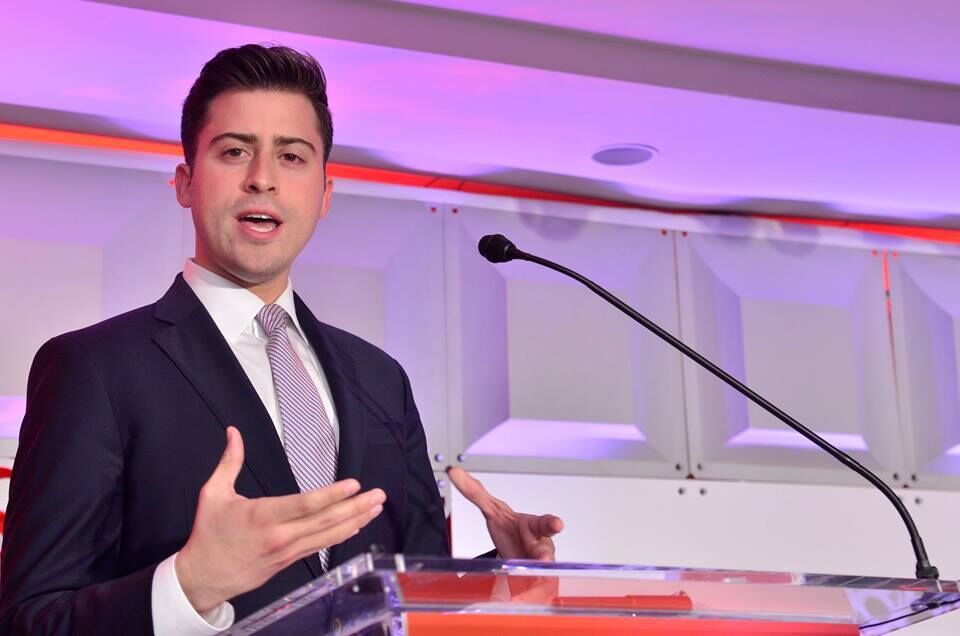 A decade later, Altamirano, 28, has used his father&rsquo;s words as his main motivation to get involved in politics and community engagement. From those interests, Altamirano co-founded Cityflag, a tech startup that has developed a mobile application that can be used by residents as a 311 service to report problems such as potholes, graffiti and broken streetlights to their local government.

The app is expected to be released later this month in San Antonio followed by a release in Mexico City next March, Altamirano said.

Because of his app, Altamirano was named one of Forbes&rsquo; 30 under 30 in their list of social entrepreneurs, one of 600 rising stars the magazine named last month among 20 different categories.

Altamirano, a Mission native who now resides in San Antonio, said he was surprised at his inclusion in the list.

“It&rsquo;s a very competitive ranking list to get into,&rdquo; he explained. “For me, being named 30 under 30 represents that there&rsquo;s a lot of progress and innovation and entrepreneurship in south Texas. It puts this area on the map and highlights the work and I&rsquo;m proud of that.&rdquo;

Altamirano was nominated to the list by his colleague, Felix Ortiz, the founder of the technology platform Viridis Learning.

“[Altamirano] is a thoughtful leader dedicated to building a more connected and civic-minded community through the use of technology,&rdquo; he said in a statement. “Being named to Forbes 30 under 30 is reflective of his dedication to creating a successful business and solving a problem people care about.&rdquo;

“Cityflag&rsquo;s commitment to civil society goes beyond building digital products and applications; their goal is to increase digital inclusion, which is a value at the core of Mission EDC&rsquo;s programming,&rdquo; Meade said. “Over the past few years, social entrepreneurship and innovation has been at the top of Mission EDC&rsquo;s efforts. It&rsquo;s why our team gets up and comes to work every day.&rdquo;

The road to the creation of Cityflag came after Altamirano became involved in politics in college, he said. As a 21-year-old, Altamirano worked at the Texas House of Representatives drafting legislation. He then worked in the Office of the U.S. Trade Representative in the U.S. Senate under Sen. John Kerry&rsquo;s leadership, and in the U.S. Department of State, working at the U.S. Consulate in Barcelona, Spain.

While working in Barcelona, Altamirano said he began to study smart cities, urban areas that use different types of electronic data collection systems to supply information used to manage assets and resources efficiently. &nbsp;Altamirano said he realized technology could potentially impact how communities deal with urban challenges while finding an outlet for his passion for public service and civic engagement.

“When I came back to Texas, Cityflag was created shortly after,&rdquo; Altamirano said. “I focused on civic technology to help neighbors connect to the government. My interest in politics plays a huge role in my life, so why not get involved and help others do so? Everyone has a story to share and people have a connection of some sort to what&rsquo;s going on in politics, it affects our lives.&rdquo;

Despite his success, Altamirano remains humble and hopes his story will inspire more local entrepreneurs.

“Even though it&rsquo;s glamorous to be named a Forbes&rsquo; 30 under 30, there was a lot of effort behind that,&rdquo; he said. “We all face issues but it&rsquo;s how we overcome those challenges that defines us. Within those challenges lies a narrative and that narrative is that you push yourself to do whatever you push yourself to do what you can to succeed.&rdquo;