If you ask around what district is the toughest in boys’ basketball, 30-6A is what you might hear.

Last year, these four of the Big 7 teams had a good showing, but are looking for more in the 2017-2018 season. Here’s a look at their status among the Big 7 teams in District 30-6A basketball. 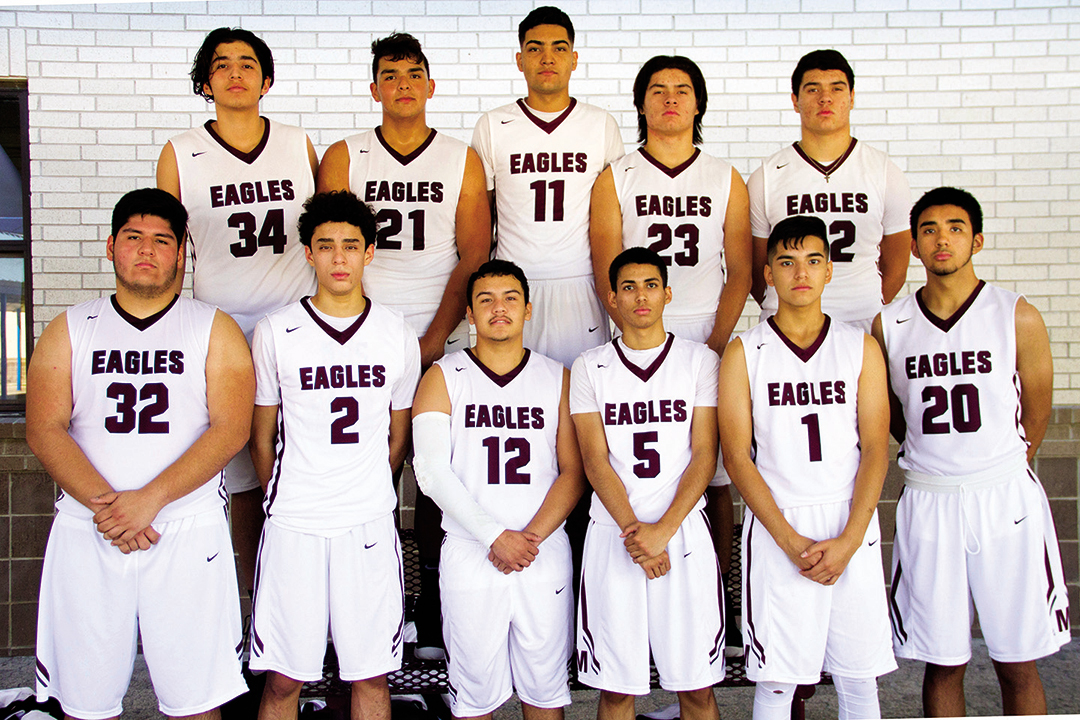 Mission Eagles
The Mission Eagles were the only Big 7 Team in 30-6A to make a change at the top as first year Head Coach Rico Martinez, a 1995 graduate of Mission High, takes over the program. “It’s very humbling. It’s a proud experience,” Martinez said. “This is my dream job, being back home and being able to give back to the program that taught me the game of basketball and the game of life.”

The Eagles sit at 7-7 and have shown the effort Martinez wants to see out on the court. He brings an in your face-style of high intensity for all 32 minutes, and has enjoyed the process of getting acquainted with his players.

“It’s good to be back home at Mission High School. I’m trying to get the program back to where it used to be in the past; trying to bring in my own style and getting acquainted with the kids has been a process. But it’s been a process that I’m having fun with and the kids are responding well and we’re off to a decent start.”

Mission has two returning starters in Yan Martinez and Juan Escobedo, along with two other returning lettermen, like Andy Martinez, who have stepped into a leadership roles for the Eagles.

La Joya Coyotes
The lone Big 7 team to qualify for the postseason a year ago, the La Joya Coyotes and Head Coach Eric Montalvo are out for back-to-back playoff appearances after ending an eight-year drought last season.

The Coyotes are currently 4-6 with two returning starters in Juztin Pulido and Alexis Tovar, and four others with varsity experience. While the group got a taste of success last year, finishing 8-4 in district play, Montalvo knows La Joya won’t be sneaking up on anybody this year.

“I told the kids last year was last year, this is a totally different team,” he said. “This year we have to prepare differently, we have different personnel, and the one thing that I talk to them about is we’re not going to be able to sneak up on people this year because everybody is going to be ready for us because they know we did well last year.”

The Coyotes have lost close games in non-district and tournament play early this season, losing games by one, two, four and six points. Montalvo said the Coyotes need to play with more intensity to win 50-50 balls, which often swings momentum and games. In order to reach the postseason for the second year in a row, the Coyotes will have to come together on the court.

“The goal is to make the second round of the playoffs this year,” Montalvo said. “I know last year we got in the playoffs, we hadn’t got in for eight years. That’s one thing we talk about daily and hopefully we work hard enough and we come out and get there.”

The Coyotes are taking part in the Hidalgo Tournament and faced Edinburg North and Brownsville Pace on day one of the tourney on Thursday. The results were not available as of press time.

Last season, the Huskies finished 15-19 overall and won just two district games, but this year’s team has the potential and ability to put Juarez-Lincoln in the playoff picture in District 30-6A.

“You can feel it in the building, there’s a lot more motivation, there’s more energy, and it all comes with winning; winning solves everything,” Head Coach Alberto Carillo said.

Carillo and the Huskies have been putting pressure on their opponents with their full-court, man-to-man defense, and it has proven to be pivotal to their success. The starting unit has played together since their freshman season and have now turned the Huskies into a serious threat.

Jose Galvan, Cruz Mendoza and Luis Garza have been starting lineup teammates since freshman. The Huskies will be back in action on Tuesday Dec. 5 as they host the Brownsville Hanna Eagles at 7:30 p.m.

Palmview Lobos
The Palmview Lobos have gotten off to a slow start in 2017, much different than last year’s team. The Lobos lost a strong senior group from a year ago, and Head Coach Andy Saenz is committed to getting this year’s team to play together.

“It’s definitely a process,” Saenz said. “They have to get acclimated to playing with one another and it’s going to take some time. It’s not going to happen today or tomorrow, it’s going to be a season-long process and hopefully we start clicking.”

With only one returning starter in Paco De La O and returning lettermen point guard, Dante Olmeda and Josias Zapata, who is making his return from ACL surgery, Saenz is hoping the Lobos are playing their best ball as they enter district play in a couple weeks.

“Lack of experience might hurt us but we’re trying to work out those kinks right now in non-district play and all the tournaments, that way once we get into district we’ll be rolling on all cylinders,” Saenz said.

The Lobos are back on the court on Tuesday when they host Donna High at 7:30 p.m. at Palmview High School.