Mission’s city council has taken several actions to prepare for the scheduled March 1 opening of the city’s $17.8 million events center, not the least of which is deciding just how much to charge people to use it.

During its Nov. 27 meeting the council formalized an agreement with the Mission Economic Development Corporation to repay the $17.8 million certificate of obligation the city took on to pay for the 45,000 square foot center. 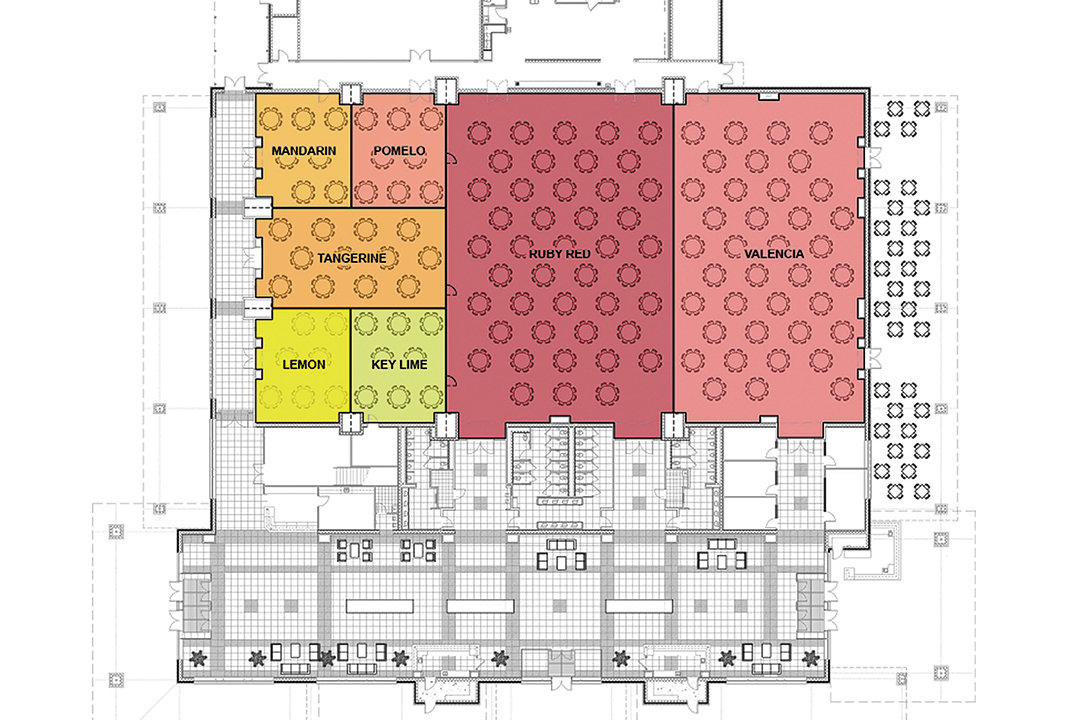 Under the agreement the city will pay the cost of the center and be reimbursed by the MEDC at a rate of $1 million per year with another half million dollars per year coming from the city’s Tax Incentive Reimbursement Zone, said City Manager Martin Garza. The two economic drivers will reimburse the city each year until the certificate of obligation is repaid, Garza said. Additionally, profits from the sale of properties adjoining the events center owned by the MEDC will be used to pay down the debt on the center, Garza said.

The council also approved spending nearly $300,000 for equipment for the center’s kitchen, which city engineer, Juan P. Terrazas has described as a “warming kitchen,” to be used by caterers. The equipment will be purchased from Ace Mart Restaurant Supply of Austin and San Antonio. The equipment ranges from dishwashers and stainless steel tables to microwave ovens.

The council also approved spending more than $428,000 on furniture, which is being purchased from Office Depot. The cost includes installation of the furniture.

On Nov. 24 council members and Mayor Norberto “Beto” Salinas met for several hours in a planning session with Garza and his deputies, Aida Lerma and Randy Perez, to discuss what to charge the public to use the facility which can be used as a single nearly 18,000 square foot “Grand Orchard Ballroom” or can be divided up into seven separate meeting rooms of varying sizes named Ruby Red, Valencia, Key Lime, Lemon, Tangerine, Pomelo and Mandarin. In addition the center’s 7,258 square foot foyer and 2,543 square foot patio can also be rented separately.

The session became both an economic and philosophic discussion with varying views from council members about how much should be charged and why.

Garza started the planning session saying the city does not intend to recoup the cost of constructing the center but it needs to charge enough to pay the estimated $40,000 a month to maintain and operate it. Pricing too high could send perspective customers to competing venues, pricing too low could mean the city would be subsidizing its operation. Perez told councilmember’s Brownsville has lost money on its events center for the past three years. Complicating the matter, said Garza, was the fact most competing venues would not divulge to the city theirs rates. So he said the city based its rate on the similarly-sized Brownsville center which bases it rental price at 22-cents a square foot as compared to the McAllen Convention Center which rents space at 35-cents a square foot.

Garza presented a preliminary chart depicting the individual rooms, their square footage and the potential seating capacity based on three potential configurations for banquets, theater setting or classrooms. The chart suggested prices for each based on whether the prospective renters are Mission residents, non-profit organizations,  non-residents or corporations with the lowest prices offered residents and non-profit organizations.

“We wanted to make sure the people who are using the community center we have right now would have the ability and affordability to be able to have events there themselves,” Garza said, referring to the current aging facility on Kika De La Garza Loop and the new center on Sharyland Road.

Early on council members came to a consensus to add a fifth category for renters to include promoters and producers who would incur the highest rental rates to put on concerts. When all the rooms are opened into what has been named the “Grand Orchard” there is seating for up to 1,176 patrons in a combined 17,778 square feet of floor space.

Also available for rent separately are the center’s 2,500 square foot patio and its 7,258 square foot foyer, the latter of which council members concluded could only be rented alone if there were no other functions at the center on the same night because the foyer is the common entryway into the center.

Council member Ruben Plata, a banker by profession, was the first to express concern prices in the preliminary chart were too low for the center to operate in the black. Plata argued if the center is set up for 300 people and the charge is $1,200 the price equates to $4 per person, which he felt was too low for a first rate facility.

“You think if they rent it for five dollars a person they’re not going to come?” Plata asked.

In referring to the individual rooms Plata said, “I think every one of them should have a break even point. In some of them you’re going to lose money but we have to make it up in some other ones. The goal here is to have it rented out as much as we can so at least we can break even.”

Before the planning session ended council members came to a consensus to raise some prices above what originally appeared on the pricing sheet Garza’s staff had prepared. For example, the price for non-residents was raised from $3,000 to rent the Grand Orchard for a night to $4,500 but remained the same for residents at $2,500. Prices for residents did go up to rent the foyer or patio from $500 a night to $650.

“As long as you leave the residential and non-profit prices alone I’m happy with the numbers,” said Councilmember Dr. Armondo O’Caña.

“I don’t want to break people,” said Plata, “But we also have a lot to offer. We have lowered taxes because of the need. Parties aren’t a need. I’m telling you I see a lot of people in the bank they spend so much money on parties.”

To that Councilwoman Norie Gonzalez Garza quipped people go to banks to get loans to throw parties.

The planning session that started in the morning continued into the afternoon. City Manager Garza said after the meeting the prices would be reviewed and revised before being presented to the council for final consideration and its Dec. 18 council meeting. He noted residents can review the center’s layout the size of each room on the city’s website under the drop down box, “Events Center Coming Soon.”