District action tipped off on the hardwood Tuesday night for the six 30-6A girls’ basketball teams and so begins the race to secure a playoff spot. Here’s a look at how the Big 7 teams in 30-6A stack up against their competition. 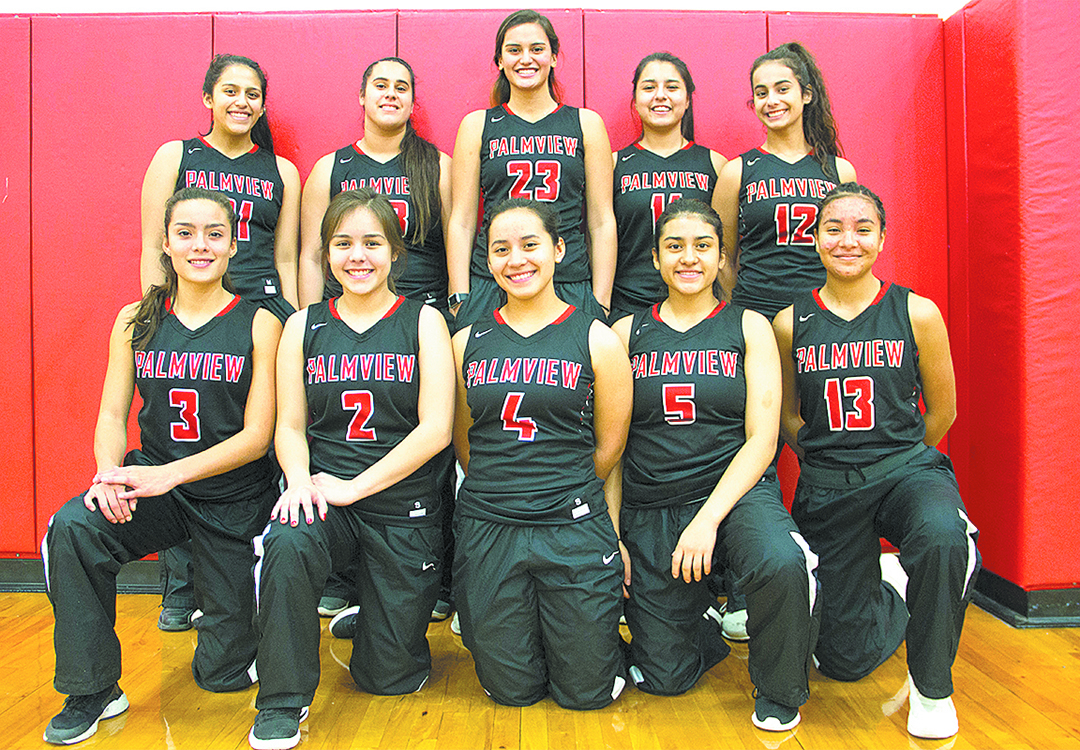 The Palmview Lady Lobos, who finished third in 30-6A last season, are back and reloaded with a talented group with big game experience. The Lady Lobos (11-8, 1-0) and Head Coach Anisa Reyna have qualified for the playoffs three straight seasons, but this year, they’re after a district title.

Leading this year’s team is a pair of seniors and a pair of juniors who have helped make Palmview into a force in 30-6A girls’ hoops.

Magallon was named First Team All-Defense and Second Team All-District for her play a season ago, and is averaging a double-double through 19 games this year. She poured in 20 points against McAllen High to lead the Lady Lobos to a 42-40 win in their district opener.

Flores was named First Team All-District for her ability to create offense for herself and the rest of the Lady Lobos. If this year’s team hopes to make a run at the district championship, it will lie on the shoulders of the group of four returners.

Palmview is back on the court tonight as they prepare to face off with the La Joya Lady Coyotes at 7:30 p.m. at Palmview High School.

The Lady Coyotes (8-15, 0-1) tied for the final playoff spot in 30-6A a year ago, but missed out on the opportunity to take part in the postseason as they dropped a play-in game against Rowe, ending La Joya’s season.

This year, the Lady Coyotes are out to earn their way into the postseason led by a pair of seniors in Karina Casanova and Monica Garcia.

Junior point guard Giselle Villarreal will also be leaned upon to initiate the La Joya offense and set up Casanova, Garcia, and the other Lady Coyotes in their hunt for a playoff spot in 30-6A.

The Lady Coyotes dropped their district opener 54-47 to Nikki Rowe on Tuesday, but will be looking to right the ship when the take on Palmview at 7:30 tonight at Palmview High School.

The Mission Lady Eagles have put non-district play in their rearview mirror and Head Coach Roy Garcia II has his team looking ahead and hoping to improve as District 30-6A action gets underway.

“I truly believe that if we come each and every night with the mentality of giving all-out effort, leaving everything on the floor from tip-off to final buzzer, that we’ll give ourselves a chance each game,” Garcia II said. “While improving each game during district, I believe we have a chance to sneak in to the playoffs.”

Senior Brittney Garza enters her fourth year as a starter on varsity, while Ariel Sanchez, who just returned to the court from injury three games ago, begins her third season a starter. The duo earned Honorable Mention All-District honors a year ago, and are looking to build off that this season.

Garza is the team’s best post player, while Sanchez brings athleticism to the floor for the Lady Eagles. In addition to Garza and Sanchez, other valuable assets are seniors Ashley Sanchez and Jannet Moreno, and junior Natally Montoya. Garcia II said Ashley Sanchez has shown tremendous growth, while Moreno, who missed all of last season with a knee injury, brings an outside threat. Montoya rounds out the group with her toughness and grit on the defensive end of the floor.

The Lady Eagles open up district play tonight when they host McAllen High at 7:30 at Mission High School.

Last year was a struggle for the Lady Huskies, but this year’s team enters district action with confidence and belief in themselves that Juarez-Lincoln can compete within 30-6A.

Head Coach Adrian Treviño said a 53-47 win over La Joya earlier this season in tournament action and a district victory over Rowe last season has shown the Lady Huskies can play with 30-6A competition.

The Lady Huskies also dropped a tournament game against Rowe by just two points in November, and if Juarez-Lincoln hopes to make a run at a playoff spot, they must beat teams like Rowe, La Joya and Mission.

“I think beating Nikki Rowe last year in district has us believing that these things are possible,” Treviño said. “It gives me confidence in them, I know what I’ve seen from them. I think when we go into La Joya, when we go into Nikki Rowe, they’ll have it in their back pocket that they can beat these teams. That’s one thing this year’s team has over last year’s team, we’ve got more confidence and we’ve got more people to score points.”

Senior forward Diana Bustos was named an All-District Honorable Mention as a junior. Now, in her final year, Treviño said Bustos has come into her own as a difference maker and scoring threat all over the court as the Lady Huskies’ leading scorer.

Junior post Yolanda Hernandez was voted ‘Newcomer of the Year’ as a sophomore and returns to hold down the paint for Juarez-Lincoln with her presence down low and ability to lock up most rebounds.