Mission attorney, Darrell Davis, it was the day he joined six or eight other reporters for an “off the record” meeting in the early 1960s with then Hidalgo County Attorney Robert Lattimore to discuss the murder of Irene Garza, a 25 year old McAllen school teacher, beauty queen and devout Catholic. At the time of Garza’s murder Davis was in his first year as a reporter for KRGV channel 5 news. 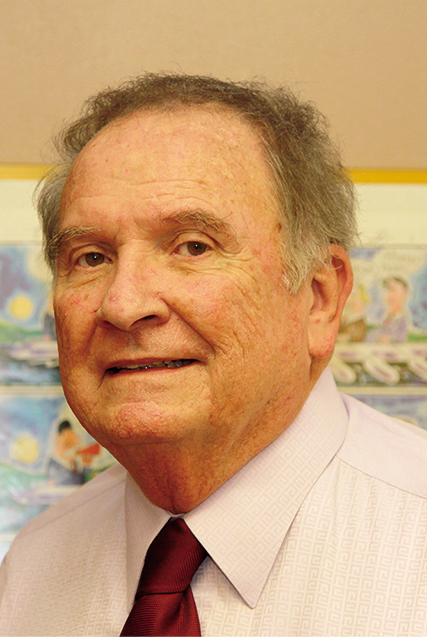 In April 1960, Garza&rsquo;s body had been pulled from a McAllen canal several days after she disappeared over Easter weekend. An autopsy showed she had been beaten, raped and suffocated to death. At the time the last person known to have seen her was John B. Feit, then a 27-year-old Catholic priest who had taken Garza&rsquo;s confession April 6, the day before Easter, at McAllen&rsquo;s Sacred Heart Catholic Church where Feit was a visiting priest.

Twenty-three days prior to Garza&rsquo;s disappearance, another woman, Maria America Guerra, had been attacked by a man she later identified as Feit, while she was praying in an Edinburg church. Feit was subsequently tried for the assault resulting in a hung jury. Instead of going to trial a second time Feit pleaded no contest to a misdemeanor assault charge and was fined $500.

At 77, there are some things Davis doesn&rsquo;t recall about that period like which news director sent him to the meeting with Lattimore, Leigh Cardwell or Jim Metcalf, and whether he was 19 or 20 at the time of Garza&rsquo;s murder. But he still remembers where Lattimore&rsquo;s office was on the third floor of the Hidalgo County Courthouse and what Lattimore told the group of reporters, one of whom Davis recalls was former Monitor reporter Virginia Armstrong. And Davis can&rsquo;t recall if Lattimore called the meeting with reporters just before or after Feit&rsquo;s no contest plea. But Davis is sure of what Lattimore told them about Father Feit.

“Certain things I remember verbatim what he said,&rdquo; Davis recalled during an interview Tuesday in his office on Tom Landry Street. “He reviewed the facts about the assault and he made the statement: ‘We know that [Feit] killed Irene Garza and the church knows he killed Irene Garza. But can you imagine trying a priest for this murder here in Hidalgo County?&rsquo;

“We don&rsquo;t have to imagine it now because it&rsquo;s taken place now but in a different time and in a different era. But that was kind of the justification: Can you imagine trying a priest for this murder, the sensational nature of the Irene Garza murder in Hidalgo County? So we&rsquo;ve reached this agreement that the Catholic Church will put him in a monastery for &ndash; and I don&rsquo;t remember whether the word was troubled priests or disturbed priests &ndash; but it was like one of those two words &ndash; a monastery for such priests and they will keep him for the rest of his life. And that was emphasized, the rest of his life. And I think the impression that was sought to be given, was this was kind of an equivalency deal, that if we convict him he&rsquo;ll probably get life in prison. Well, the church is going to keep him confined, you know, for the rest of his life. That was the idea, the phrase, for the rest of his life, was used several times. So that was the concept, we know that he did it but this is the way we&rsquo;re going to handle it; instead of a trial they&rsquo;re going to take him and put him away for the rest of his life.&rdquo;

But Davis said that isn&rsquo;t what happened. He learned later Feit had left the church and within five years of Garza&rsquo;s death was married and living in Arizona.

“For all these years I always knew the case was solved but when I found out he&rsquo;d left the priesthood and was having this normal life I thought, you know, boy, he got away with it.&rdquo;

Throughout the years as he heard news reports of the ongoing “cold case&rdquo; Davis said he knew why it would never go to trial. He said it was one of the worst kept secrets in the city. That&rsquo;s why he was surprised when, as the last living person to attend the meeting with Lattimore, he received a call from the office of District Attorney Ricardo Rodriguez Jr., asking if he would testify about the meeting.

“The district attorney had told me that I was going to set the stage for what it was like in 1960 and that I was going to tell of this meeting. And after the trial I realized they were setting up the idea of the cover up, so to speak, to use that phrase, they were setting up the idea that only because of the church making this agreement with the district attorney that that was the only reason that Feit had not been tried before because he was going away for the rest of his life. That&rsquo;s a phrase I remember. For the rest of his life.&rdquo; Davis chuckled.

Davis said throughout the years he believed what Lattimore told he and the other reporters was hearsay and inadmissible in court.

“When they interviewed me I told them the story and I asked, ‘Isn&rsquo;t that just hearsay? How are you going to get that into evidence?&rsquo;&rdquo;

Davis said he was told there are exceptions to the hearsay rule that would allow him to testify.

“In the trial there came out a letter describing a meeting between the sheriff and the church and that&rsquo;s the first time I had ever heard of that,&rdquo; Davis said, referring to an August 1960 letter introduced at Feit&rsquo;s trial between church officials detailing the agreement the church had brokered with Hidalgo County officials to allow the church to handle the matter internally. Davis said prosecutors told him he could testify under the theory he was exposing an illegal cover up.

“It&rsquo;s only when this case developed that it became a cover up,&rdquo; Davis said. “All these years I didn&rsquo;t think of it as a cover up. I thought of it as just a settlement of a case.&rdquo;

Looking back on the experience Davis believes reporters would have reacted differently today than they did in 1962.20171215 irene garza

“For some reason the news people were very docile when the nature of the meeting was revealed because nobody jumped up and said, ‘We can&rsquo;t keep this out of the media.&rsquo; But everybody said, ‘OK,&rsquo; you know, and just went along with it. It was kind of amazing; a different time. I know good and well if that had been announced to reporters today that it would have been a different situation. They would have immediately stopped and said, ‘This can&rsquo;t be off the record.&rsquo; And that might have ended the meeting. We might not have gotten the information because evidently Robert Lattimore thought it was kind of sensitive what he was telling us.&rdquo;

Davis said he never second-guessed the settlement the county attorney had reached with the church. 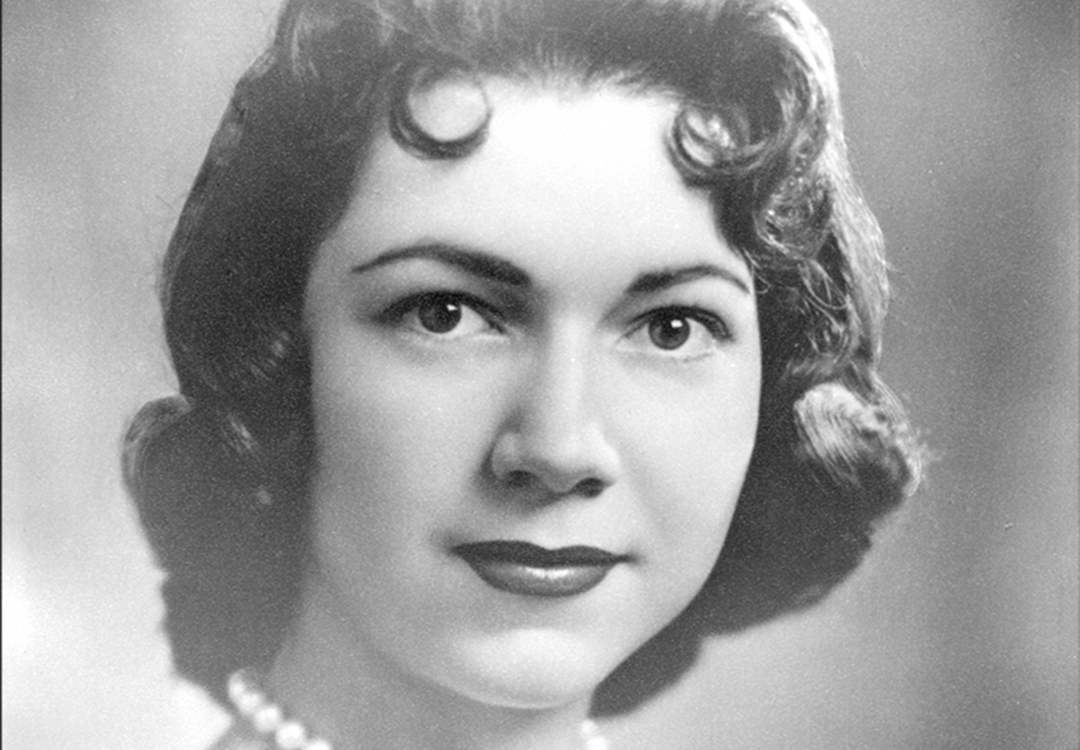 “As I say, the news media was very docile. We just all took it. And in years afterward I&rsquo;ve often wondered, with seasoned reporters why didn&rsquo;t somebody say, ‘What if he leaves the priesthood?&rsquo; Because if he left the priesthood the church couldn&rsquo;t keep him for the rest of his life. So I just thought back in 1960 it was such a rare thing for a priest to leave the priesthood and get married and so forth that I don&rsquo;t know, no one asked that question. No one challenged that idea. The idea was he was going to be put away&rdquo; &ndash; Davis raises both hands signing quotation marks with the iconic two finger peace sign &ndash; “for the rest of his life,&rdquo; he said lowering and slowing his voice for dramatic effect.

Davis said while he was testifying his and Feit&rsquo;s eyes met a few times to no effect.

“I felt very tired at the end of the day but while I was doing it I kind of felt happy that all this was finally being told to the &ndash; and I&rsquo;m talking about the whole case, not just my story &ndash; it was all coming through just like a good story.&rdquo;

Today Davis has his own theory why Lattimore called the reporters to his office.

“I think he was probably keeping reporters from fishing it out later because a great pursuit was on to find the killer of Irene Garza. And I think this was a way of telling us, ‘Hey, we&rsquo;ve solved the case and this is the way we&rsquo;re going to handle it and things will all work out.&rsquo;&rdquo;

Davis said it may have taken 57 years but in the end it did.