The Christmas spirit was alive and well in Palmhurst as the city held its first ever Christmas tree lighting ceremony Wednesday evening.

Located at the Shary Municipal Park at 4915 N. Shary Rd., the community was invited to marvel at the city’s 30-foot-tall artificial Christmas tree that was followed by a screening of the movie “Home Alone.” 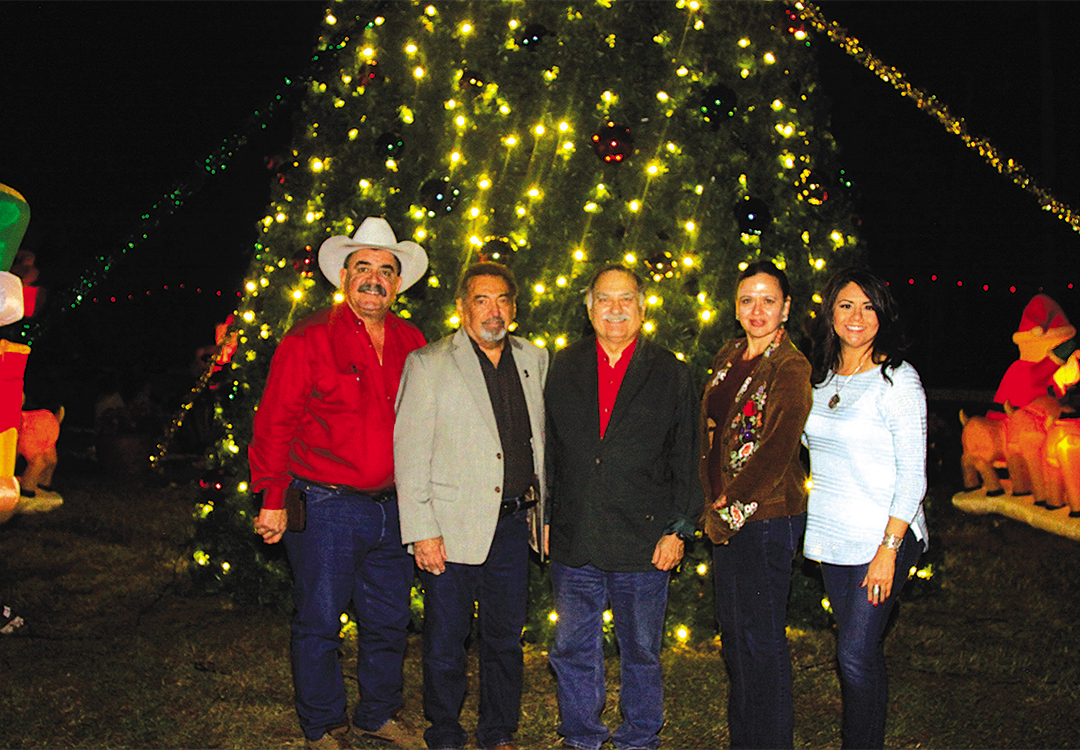 “We just wanted the public to come to a free, family-oriented event where they can have fun while we showcase what we have here at Shary Municipal Park,” City Manager Lori Lopez said.

Earlier this year, the park underwent the first of several phases in a project that will ultimately expand the park in the hopes making it a natural landmark, City Mayor Ramiro J. Rodriguez said.

In August, the city began widening the entrance and driveway of the park and added a parking lot east of the city’s iconic Shary Memorial Chapel. Future plans for the park include additional parking, a gazebo and a hiking trail.

“We want this to be our annual event and for next year, screen movies every weekend in December instead of once a month like we did tonight,” Rodriguez said. “It’s a small, quaint event for a city of 2,700 residents but in the future we hope to make this event big enough to compete with the tree lighting ceremonies in Mission and McAllen.”

Originally, the event was scheduled for Friday, Dec. 8 but was cancelled due to inclement weather that resulted in the Valley’s first snowfall in 13 years.

“It was a blessing that the snow happened, because now the event happened much closer to Christmas,” Rodriguez said, adding that he estimated 500 people would attend the event.

Among the residents who turned up was Bertha Gamboa, a Mission CISD teacher who brought her 5-year-old son, Zack to the event. She admitted to being nervous about the event as Zach would be watching the film “Home Alone,” a favorite of hers, for the first time ever and was hoping he would like it.

“It’s nice to be in an event like this with family,” Gamboa said. “Usually I go to Christmas events in McAllen but already I prefer this one. It’s small and intimate while in McAllen it’s such a huge crowd but nowhere near as peaceful.”