During their final meeting of the year, the Agua Special Utility District announced their interim general manager had submitted a letter of resignation, leading the board of directors to appoint a new interim GM.

Richard LeFevre, president of the McAllen-based firm LeFevre Engineering & Management Consulting, LLC, was appointed as interim GM during a September 2017 board meeting but stepped down from his role due to health reasons, Board President Roger Hernandez stated at the Dec. 27, 2017 board meeting. 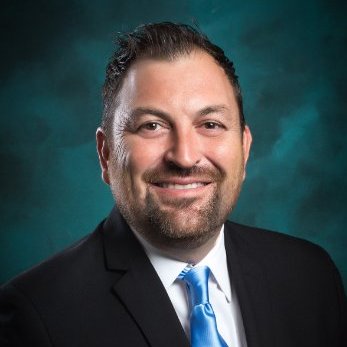 Jose “Eddie” Saenz, former city engineer for the cities of Edinburg and Pharr, was appointed to replace LeFevre at that December meeting. He had been the Agua district engineer since 2016.

“LeFevre was doing perfect. He came in and he’s an awesome guy but health issues came up so he had to take care of that,” Hernandez said of LeFevre after the meeting. “It’s more important than his job.”

Lefevre’s resignation came one week after State Sen. Juan “Chuy” Hinojosa sent a letter to Hernandez accusing LeFevre of not carrying out his responsibilities as general manager due to him not being there full time. In the letter, Hinojosa also announced the Texas Water Development Board had put a hold on funding Agua’s future projects until their management issues were addressed and a plan of action was presented to the TWDB.

LeFevre said in an interview last month he was not able to attend Agua meetings due to undisclosed health reasons. This led to him hiring the vice president of his company, Emigdio “Milo” Salinas, as the assistant general manager at Agua SUD.

Salinas and LeFevere did not respond to requests to comment for this story as of press time.

LeFevre’s hiring came after the former Agua SUD Executive Director Oscar Cancino announced in a September 2017 meeting he would be resigning from the district. This shift caused the executive director position to be phased out and replaced with the general manager position.

“He knows the projects, he’s been here long enough for the past two years,” Hernandez said. “I know he’s well versed at everything that we do so he will be the number one contact at Agua right now for everything we address.”

Saenz said he would contact LeFevre for help during the transition and is eager to serve the district in this position.

“I never intended to step in but I’ve stayed here taking care of this district while it needs help,” he said. “The board feels I can handle the job and I like a challenge.”

Agua SUD was accepting applications for the general manager position on their website up until Wednesday, Dec. 27 2017.

In an interview Wednesday, Saenz said a total of five people applied for the general manager position. The Agua board of directors would discuss the hiring process, as well as the selection of an interview committee at a meeting later this month, Saenz said.