Below is a sneak peek at tomorrow’s front page stories, which include the exclusive on a settlement fee of a sexual assault lawsuit involving the cities of Peñitas and La Joya, a local business awarded $20,000, information oh how renovations at Leo Peña “La Placita” is affecting the upcoming Texas Citrus fiesta and the visit from Senate candidate Beto O’Rourke, D-El Paso, to the city of Mission.

To read the full version of these stories, make sure you pick up an issue of it tomorrow wherever our papers are sold or view them online. 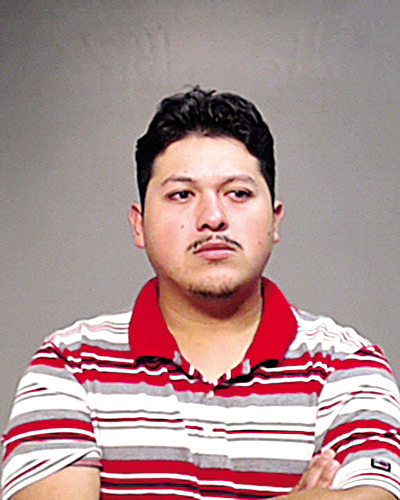 Faced with a federal lawsuit, attorneys for Peñitas and La Joya approved a $220,000 settlement during December.

A 38-year-old Mission woman — assigned the pseudonym “Autumn Renee” by the Texas Rangers — filed the lawsuit after a dispatcher sexually assaulted her at the La Joya Police Department.

“She just wants to put all of this behind her,” said attorney Reginald E. McKamie Sr. of Houston, who represented Autumn Renee. “She went forward with this because she did not want this to happen to anyone else.”

With debate still raging on President Donald Trump’s proposed border wall, U.S. Rep. Beto O’Rourke, D-El Paso, thinks the opinion of a certain group of people should be included to the conversation of the need for a border wall: Valley residents.

“At this moment, with a serious proposal to build a wall, where the president describes the press as an enemy of the world, where we are one tweet away from the brink of war, I can think of no better people than those of the border to lead the way,” he said to a crowd of supporters Saturday in Mission.

In his fourth visit to the Valley in a year, O’Rourke held town halls in San Benito, Weslaco and Mission while squeezing in a visit to the National Butterfly Center Saturday.

His visit concluded with a 5K jog at Fireman’s Park in McAllen the following day.

The Democratic senate hopeful is running against incumbent Ted Cruz in the November election as the Republican finishes his first term in office. The town halls are part of O’Rourke’s campaign where he has traveled to nearly 200 counties in Texas to engage in open dialogues with citizens from every part of the state about concerns across the spectrum.

The border wall was a heavily discussed issue during Saturday’s visit.

When Ben Cavazos opened MAE Power Equipment in 1954, he had no idea his business would be standing today.

Cavzaos opened the business when he was 24 years old. He got started with a $4,000 loan and rented a 900-square foot building, he said. 64 years later, the shop is a multi-million power equipment dealership that occupies a two-building facility totaling 12,000 square feet with 360 customers, he said.

On Tuesday, the company was awarded with a $20,000 small business grant by the financial services company, Synchrony Financial. The small business grant award was given to 10 small businesses who won an essay writing contest where business owners must answer how they would improve their business with $10,000 and how they planned to make a difference in their community with an additional $10,000.

Cavazos’ business, MAE, chose to donate the additional $10,000 to the Mission Boys and Girls Club for new computer equipment and software.

In a report to City Council by Robert Rosell of the Greater Mission Chamber of Commerce, Council was told that due to the upcoming renovation of Leo Pena “La Placita” Park two upcoming events would have to be moved. The first is the Texas Citrus Fiesta Fun Fair, which will be held at the Market Square next to the Chamber of Commerce building on Tom Landry on Saturday, January 27.

The second event is the Mega Winter Texan Welcome which will now be held Thursday, February 8 at City Hall. Deputy City Manager Aida Lerma later explained that 8th Street would be blocked off and   entertainment would be set up outside on the lawn. Vendors would be located along the street and parking would be available at the CEED building, the police station and the Housing Authority. The Mexican Artisan Show, meanwhile, would be held in the Parks and Recreation building.