After two years since it was first planned, the city of Palmview will begin offering EMS services alongside its round-the-clock fire service Thursday, Feb. 1.

The services come after Palmview purchased a $160,000 ambulance last fall and hired two new firefighters who are trained in emergency medical services last month. The ambulance is set to make its public debut at tomorrow’s Parade of Oranges as part of the 81st Annual Texas Citrus Fiesta. 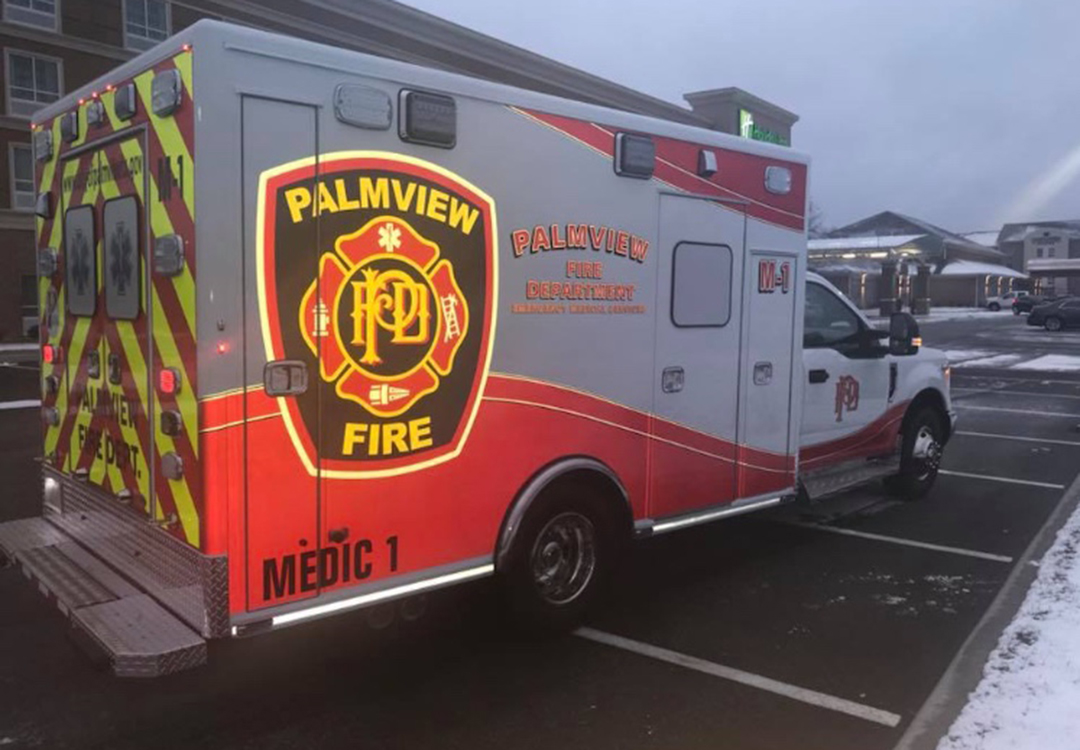 The two new firefighters are Saulo Palacios, who has worked as a firefighter in Houston and as a paramedic for Hidalgo County EMS and Rick Torres from Weslaco, the only other city in the Valley that offers fire and EMS services according to both men.

“I always feel like the Valley is five years behind on everything so the fact that another city is adding the services that are already provided in bigger cities up north is innovating,” Palacios said, adding that his former place of employment at Hidalgo county EMS offered EMS services to Palmview.

“Now we’re employees with the city so that’s a huge deal because we belong to the same city as the citizens we’re taking care of,” he said. “It’s a lot more personal that way.”

According to Palmview Fire Chief Jerry Alaniz, the Palmview FD plans on having all six of its members go through additional training to be paramedics. The department currently has a mixture of paramedics and firefighters who are only at the “intermediate” stage of their paramedic training, he said.

Paramedics would also be cross trained on fire services through the Alton Fire Academy which is the only station with online training, he said.

“We’re growing,” Alaniz said. “The more paramedics we have out on the street, the more lives we can save. We definitely see this department growing in five years.”

These services come after the Palmview City Council approved two rounds of annexation last fall that will bring in 3,680 residents into the city once the ordinance goes into effect next June. Alaniz said the new EMS service is a sign of the city preparing for growth.

“It feels good to finally see this,” he said. “We saw a need for this service and the city council and city manager agreed with this vision to ensure everyone at the city is well serviced.”

Before the EMS service goes live, the fire department will go through the process of getting an inspection by the Texas Department of State Health Services to inspect the ambulance unit Wednesday, Jan. 31.

According to Torres, the ambulance, a Ford F350 2017 model, will come equipped with state-of-the-art equipment to provide the best pre-hospital care to residents.

“Providing this to the community makes us a frontrunner,” Torres said. “You’re doing this before everybody else does it and slowly that catches fire with all the surrounding departments and they’ll want in on it too. Being able to provide fire and EMS together makes response time quicker leading to better care.”