When renovations are complete, Leo Peña “La Placita” Park in downtown Mission will be fully ADA accessible and the design will match the recent Streetscape Project done a couple of years ago to brighten up the downtown Mission area. 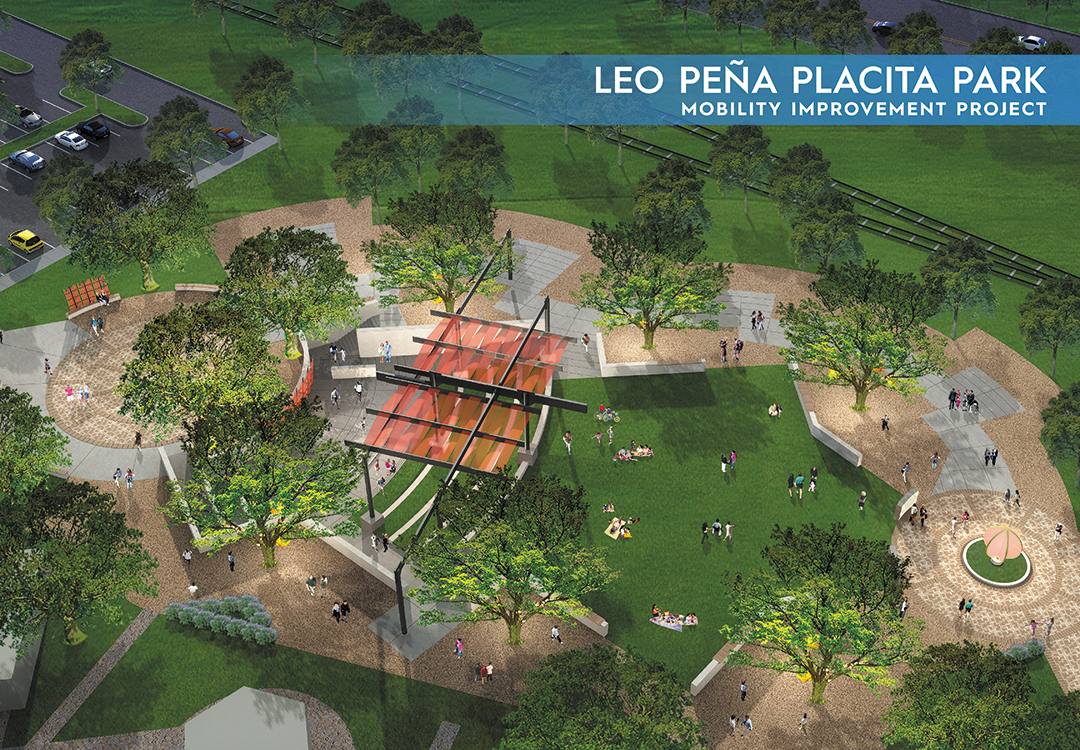 “Through the years, the concrete seating has deteriorated and the facility does not meet ADA standards,” added Garza. “There is also need for improved lighting.”

Garza said the amphitheater would be changed so that the stage is on the west side of the park instead of in the center. The new design would allow for more seating in the amphitheater which is sometimes filled to capacity.  Garza also said there would be grassy areas where people could bring their lawn chairs and sit if they did not want to go down into the amphitheater.

Access to the theater will be via stairs or by ADA approved rampa so persons with limited mobility will be able to get up and down without difficulty.

Covered seating to protect guests from rain or temperatures on extremely hot days is a new feature residents will also see.

“We are hoping the renovations being done downtown will also attract more events to our downtown facilities,” said purchasing agent Edward Belmares.

“In the past the park has been used for Winter Texan events, National Night Out, Christmas celebrations, events related to Texas Citrus Fiesta and other special events. We are hoping the new design with ADA compliance, will make the facility appealing to more groups so the park will get even more use.”