Despite being open for more than a month, Palmhurst’s Cicis Pizza held a red-ribbon cutting event to mark the occasion of the city’s newest establishment. 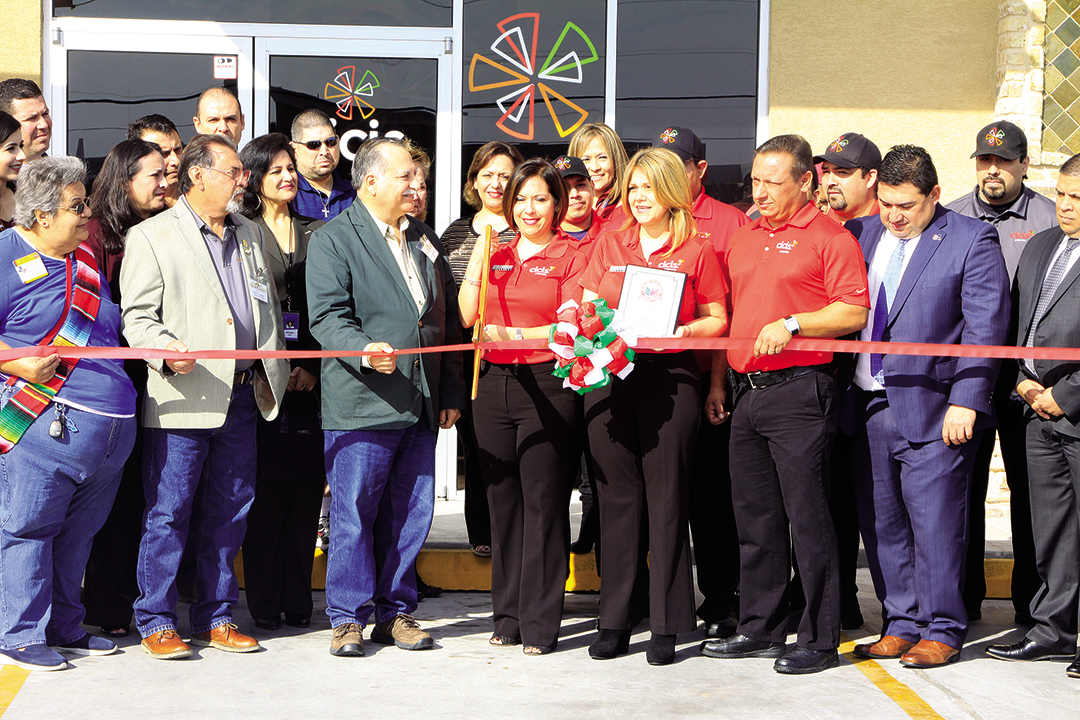 “We kind of had a soft opening to prepare ourselves for this day, Cindy Benavidez, who co-owns the franchise location with her sister-in-law, Cecilia, said Wednesday.  “We’re bringing unlimited fun into the city just like we do with all our other locations. It’s closer to all the smaller towns who now don’t have to drive all the way to a bigger city to try this pizza.”

Cindy and Cecelia both own the other Cics in the Valley, which has locations in Mission, McAllen, Brownsville, Harlingen and Weslaco. According to Cecilia, the Palmhurst location, which at 48,000 sq. ft., boasts the biggest arcade room out of all the other Valley locations.

Cindy said the Palmhurst Cicis will partner up with Midkiff Elementary School for a hands-on, interactive field trip for children from Pre-K to 5th grade known as Cici’s Lunch & Learn where students will learn everything from how to make a pizza to how to run a business.

Founded in 1983, the pizza chain based out of Irving, Texas has over 430 restaurants in 32 states according to the Cicis website. Cicis has been ranked by the consultant company Technomic as the “most craveable pizza chain,” and Entrepreneur magazine recognized Cicis on its Franchise 500 list in 2015.

Hours of operation at Palmhurst’s new Cicis are Sunday through Thursday from 11 a.m. to 10 p.m., and Friday and Saturday from 11 a.m. to 11 p.m. This location marks the sixth Cicis in the Rio Grande Valley, 249th in Texas and 430th system-wide, the release stated.

For Palmhurst Mayor Ramiro J. Rodriguez Jr., Cicis isn’t just a new restaurant in his city, it’s a sign of growth for the city.

“People are coming to Palmhurst because it is the area on the grow,” Rodriguez said. “Development is here, the people are friendly, our sales tax revenues keep increasing and our community of 2,700 people all support us like we all support them.”

Rodriguez said that there are more openings planned in the plaza that houses Cic’s such as a new taqueria, a bakery and a health food store.

“People are coming, the growth here is so wide open and residents will want variety,” he said, pointing out that along the same area that Cicis is at there are several nearby restaurants such as a Chick-fil-A, an Applebee’s, a Pizza Hut and Panda Express.

“These places are family-oriented and that can only mean good things for the community,” he said.