When she was selected as Queen Citrianna LXXXII last month, Alexandria Canchola had one person on her mind.

“A few weeks ago, I told my mom ‘I wish I could talk to my grandmother,” Canchola, a McAllen resident, recalled as she spoke of her grandmother who passed away Christmas Eve 2004, after a then six-year-old Alexandria was selected as Princess Anna. 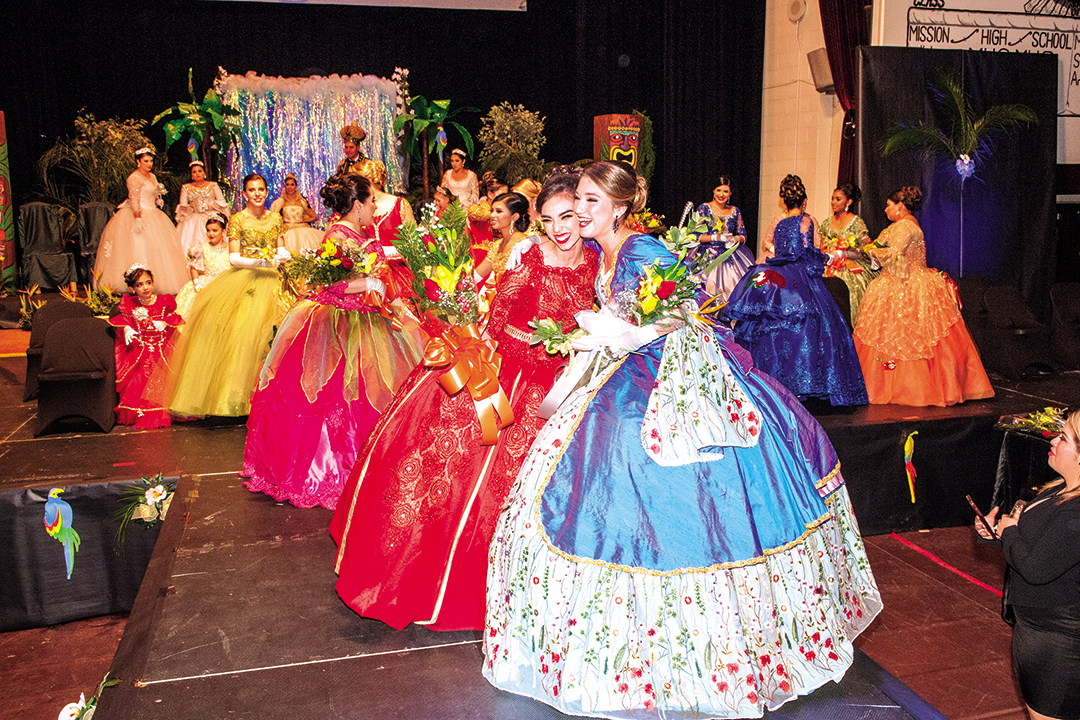 “She made the dress for Princess Anna back then and my dress when I competed for Queen Citrianna this year was made with tools and materials my mother inherited from my grandma,” she said. “I honestly felt my grandmother’s presence making this dress with my mother, and I felt her presence on that stage. I know she’d be proud of me”

Canchola, the Duchess of Wildflowers, was named Queen Citrianna for 2019 meaning she won’t begin her reign until next year’s Texas Citrus Fiesta coronation, scheduled for the last week in January. This annual event is hosted in the city of Mission to celebrate the Valley’s citrus industry. Canchola, a junior at The University of Texas-Rio Grande Valley, is already attempting to figure out how to balance her schoolwork with her duties as incoming queen.

Canchola is a division 1 student-athlete for the school’s Cross Country and Track and Field team and is a representative of the Student Athlete Advisory Committee with the NCAA, according to her biography. Canchola is majoring in exercise science and minoring in biology with aspirations to be a physical therapist.

Because of her workload as a student athlete, Canchola recalled how frantic it felt balancing those duties and getting ready for this year’s fiesta pageant.

“It’ll be insane balancing my reign with school,” she admitted. “Between going back and forth between school and track and doing my duties with the fiesta, I was very flustered, we didn’t even get the dress done until two and a half weeks before the pageant.”

Despite the hectic schedule, Canchola said she never felt overwhelmed because her family was guiding her.

For her reign, Canchola already knows what she wants to do in the months leading up to it. Her ideas, she said, will help inspire a new generation of people to get excited for the Texas Citrus Fiesta.

She said she got the idea for it after noticing that her friends aren’t aware of TCF and only refer to it as “That parade in Mission.”

“It’s a little disappointing how people don’t know much about Fiesta or at least show an appreciation for it,” she said. “I want to change that.”

Canchola said that during the summer or the fall semester, she hopes to visit elementary schools in the area, particularly Midkiff Elementary School which hosts the Fiesta’s shoebox float and product costume show competition, to give presentations of fiesta’s legacy.

“The Fiesta isn’t marketed to other cities but it should, it means something,” she said. “I’ve worked with kids before so I can go to the elementary school, when kids are at that age when they ask questions because they’re curious, and show them why the fiesta is a big deal not just for the city, but the Valley. They’re our future and they’re the ones who will grow up and share this with this generation and others.”

“It’s not something you experience every day, “she said. “My mom and I have volunteered at Fiesta for years and to be rewarded like this is amazing. I would’ve been fine if I hadn’t won, it would’ve been a great learning experience just to compete. But now, it’s special, my name will forever be a part of Fiesta.”