After running unsuccessfully for mayor for the city of Mission one decade ago, Mission City Council member Armando O’Caña announced his candidacy for mayor in the upcoming May 5 elections.

“It’s time for a new voice in the city,” O’Caña said, referring to current Mission mayor Norberto “Beto” Salinas, who has been in office for 20 years. “My slogan is ‘Mission is my vision’ and I plan to be your voice. That’s the bottom line.” 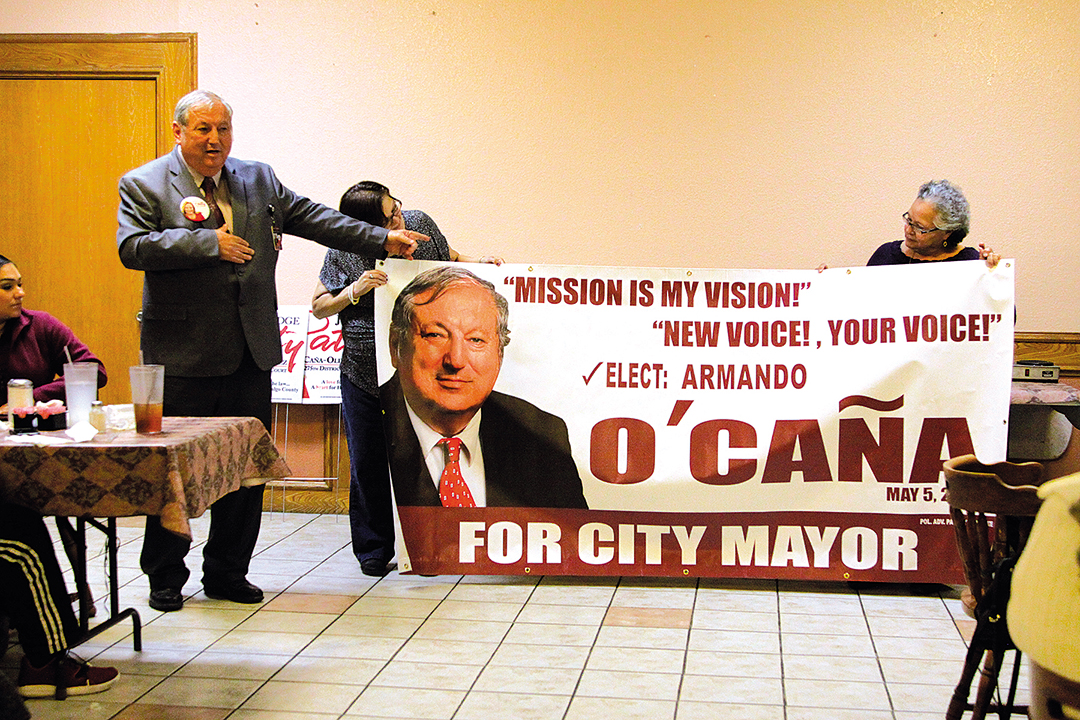 O’Caña made this announcement Wednesday during a dinner held at Danny’s Mexican Restaurant in Mission to a group of people he called his “personal circle” of friends and family. At that announcement, he also said he would retire as public safety director for the La Joya Independent School District at the end of June 2019.

According to O’Caña, he is the only candidate to have filed to run against Salinas. Because of his candidacy for mayor, O’Caña said he would have to vacate his seat on the city council within 120 days.

“The next election is in 90 days but my term ends after that,” he said. “I went to the city manager and city attorney to see if there’s any way I can relinquish my seat before then so the city does not spend more money on an election for one seat and the city can hold an election for it with their next general election.”

After the announcement, Mayor Salinas said in a phone interview he looks forward to the election.

“We’ll have a friendly race and the people of Mission will win,” he said. “They’re the ones who will decide the winner.”

The last time O’Caña ran for mayor was in 2010 where, according to election results, he received less than 29 percent of the vote. For this year’s race, O’Caña said he will run as an independent.

“I think it’ll be a close race this year, I’ll honor what the city decides,” he said.

As part of his announcement, O’Caña introduced Jessica Ortega Ochoa, a candidate for the Mission city council and Mission school board candidates Xavier Longoria and Lucia Leo-Diaz to the crowd. O’Caña said his endorsement of those three candidates signifies the kind of partnership he wants between the city and the school district.

“Part of my four-year plan is to meet with the board of the three school districts and figure out how we as a city can promote education,” O’Caña said. “We as a city can enhance it and connect our children to a higher education. I want to be able to do that.”

“Collaboration will be the focus of my four years,” O’Caña said. “I know if we work together we can make it work. We need to be the gateway of the world by building bridges, not walls, and being neighbors to Mexico and south America. We cannot be isolated, we need to think globally. There are world events that are happening, we want to be a part of that. That’s how we’ll get economic growth here.”