Officers arrested a La Joya school district administrator last week after he started driving erratically and refused to stop, according to court records.

The Palmview Police Department arrested school district administrator Adalberto Javier “A.J.” Chapa, 38, of Mission on March 7. Chapa is charged with evading arrest or detention with a vehicle, a third-degree felony, and driving while intoxicated, a Class B misdemeanor. 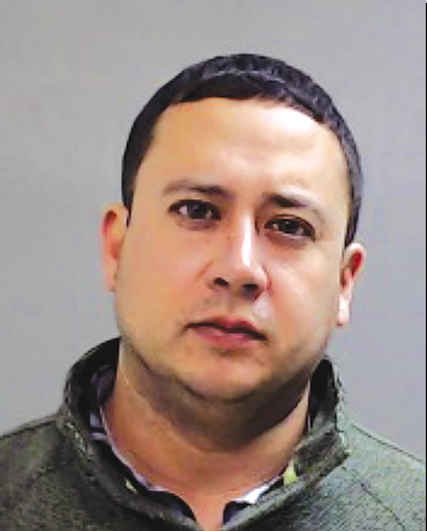 A spokeswoman for the La Joya Independent School District declined to comment on Chapa and refused to provide basic details, including his job title.

After the polls closed on March 6, supporters of Juan Jose “J.J.” Peña — a La Joya school board trustee who ran for justice of the peace — held a victory party at Buchanans Bar and Grill in Palmview. Chapa left the party after midnight.

“The driver who was later identified as Adalberto Javier Chapa refused to stop and drove all the way home,” according to the criminal complaint. “Officer Guerrero states that during the pursuit the vehicle committed several traffic offenses and almost caused a collision.”

Chapa stopped on the 4000 block of Pena Blanca North, which is roughly a mile away from Buchanans.

“Adalberto Chapa displayed several symptoms of intoxication,” but refused to perform the standard sobriety tests or provide a breath sample, according to the criminal complaint.

Officers transferred Chapa from Palmview to the Hidalgo County jail at 2:54 p.m. on March 7, according to Hidalgo County Sheriff’s Office records. Jailers released him at 4:17 p.m.

If convicted on the felony charge, Chapa faces a maximum of 10 years in prison.