For a small fee, people have an opportunity to see some areas of the Mission Historical Museum that are not open to the public.

This Wednesday, at 2 p.m., the museum held its second-ever fundraising tour. The tour involved going through the main building as well as travelling to the next door Annex Building, which has undergone several transformations over the years. 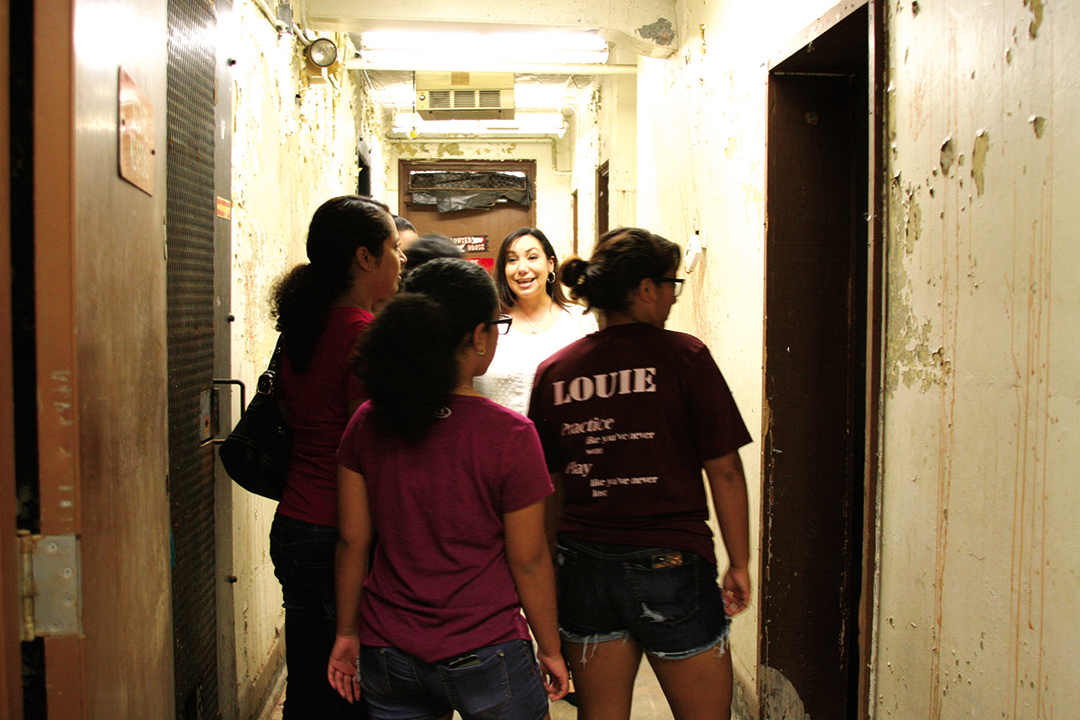 The Annex was originally a post office in 1940, when the building was built. After 44 years, it was bought by the Mission Consolidated Independent School District in order to house several departments, after which were moved to the old hospital.

When Mission CISD left, the building was used by the Mission Police Department as a police station until 1998. The station is located in the basement, where old cells and rooms from the past still remain, now without people.

After the tour of the main building, we were led into the Annex building by Public Programs Coordinator Lisa Price, who gave insight to how the building was used and what it has become.

As the bulk of the historical PD was located in the basement, the issues when heavy rains would strike were great. The rooms would flood, so the upkeep of the location would be difficult and expensive.

That is why this part of the museum is not open to the public. Walking through the dimly-lit rooms, paint is chipping off all the walls, and there is a slight dampness in the air. Because of the liability and how hard it would be to maintain, it is not usually available to see by anyone.

Price showed us the old prison cells, still containing graffiti from prisoners of the past, and told guests about the prisoner who attempted to escape through a window near his cell.

The basement is used yearly as a haunted house, so the leftover splattering of fake blood on the walls gave an eerie effect. The history emanating from the walls was palpable, and guests asked Price several questions as the tour went on.

Museum Director Cynthia Stojanovic spoke about the Annex and its role in the Mission Historical Museum.

“The buildings themselves serve as an exhibit,” Stojanovic said. “There are so many curiosities involved in them. The basement for a long time was basically a catch-all storage area of just a hodge-podge of things. We’ve been blessed to have a good group of volunteers lately that have cleaned up the basement for us, Parks and Recreation have used it for a haunted house, so there’s a lot of curiosity.”

She also talked about how it has transformed recently as a fundraising opportunity for the museum.

“We felt that aspect, the story of this building was lacking,” Stojanovic said. “And what better way to show that than to actually show them the jail cells?”

Stojanovic said the public has a fascination with the basement, as it is rarely open to them.

“Because of the generated interest, we decided to, with the permission and support of the City of Mission, turn it into a tour,” Stojanovic said.

The first tour of the old PD basement was held in December, so this was only the second time it was available to the public. The museum scheduled it for the Wednesday during Spring Break so as many people as possible had the availability and opportunity to sign up.

“We’re doing this for exposure and knowledge,” Stojanovic said. “I know that as a child I was brought here, downstairs, to tour the police department, and it seemed scary. Now I have a whole different perspective on it.”

She said that the museum has plans for the Annex, as well as the main building, that would open it up for many more opportunities like this tour.

“We want to grow it,” Stojanovic said. “We want to continue to show it in different lights and different stories without straying from the truth. We hope to make it more interactive and more engaging for the community.”