After moving to Pennsylvania three years ago, the North American Hockey League announced Wednesday the Rio Grande Valley Killer Bees are coming back to the Valley.

“Today marks the day when one of the most beloved properties and partners of the city of Hidalgo makes its much awaited and triumphant return,” State Farm Arena General Manager Marc Solis said at a press conference Wednesday. “You can expect all the action, nonstop bone crushing and excitement as ice hockey – the USA Central Hockey League version arrives to the Rio Grande Valley this fall.” 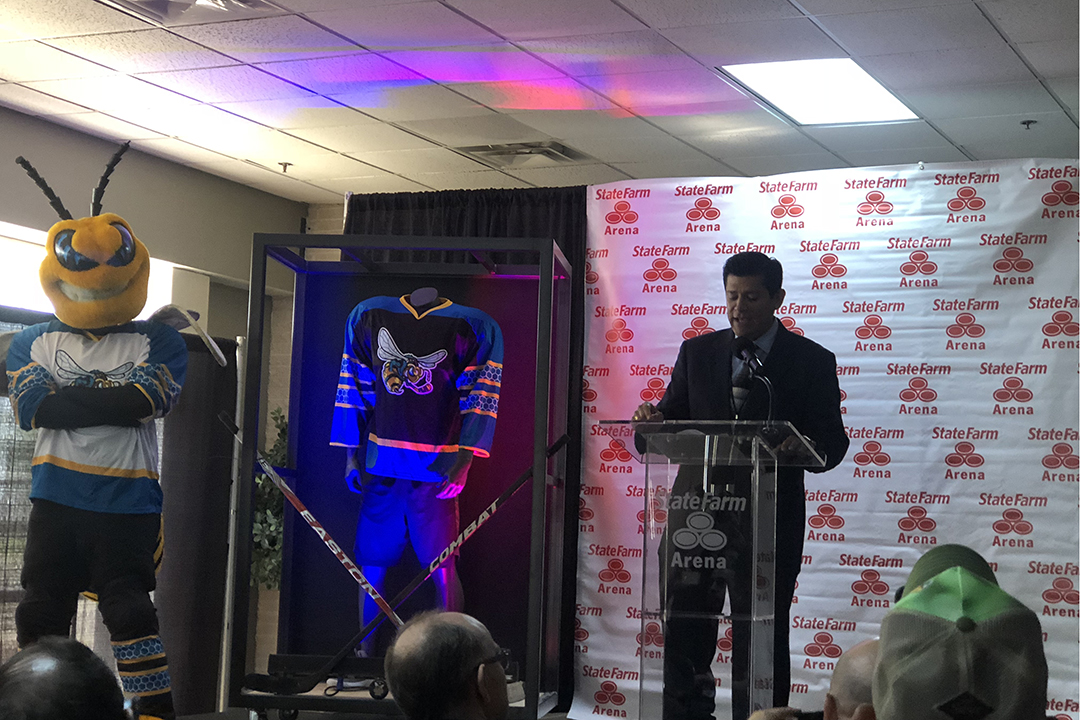 The Killer Bees are the first team announced as part of the newly formed USA Central Hockey League Commissioner Rick Kozuback said. He added that the league office will be based in the RGV.

“We will have subsequent launches in other markets in the next few weeks but this is where we want to start,” he said. “This is where home is, this is where the league office will initiate ongoing operations of this league. We’re very happy to be here and look forward to our future.”