The chase for a state championship kicks off next week as soccer teams across Texas prepare for the playoffs. The Big 7 is well represented in this year’s postseason on both the boys and girls side with eight qualifiers, including two district champions.

Boys Soccer
Juarez-Lincoln Huskies
The Juarez-Lincoln Huskies and Head Coach Victor Ramos earned another district title in 2018 after cruising to an 11-1 record in 30-6A play. With one goal already accomplished, the Huskies are focused on making a run at the state title after falling one game short of a championship appearance last year. Led by the dynamic play of seniors Manuel Castrejon, Gerardo Reyes and Leonardo Pruneda, the Huskies finished the regular season with a 27-5-1 record and ranked 7th in the state among 6A programs. The Huskies enter the playoffs riding a nine-game winning streak and hope to extend that win streak to double-digits when they face Del Rio in the first round. Time, date and location are to be announced. 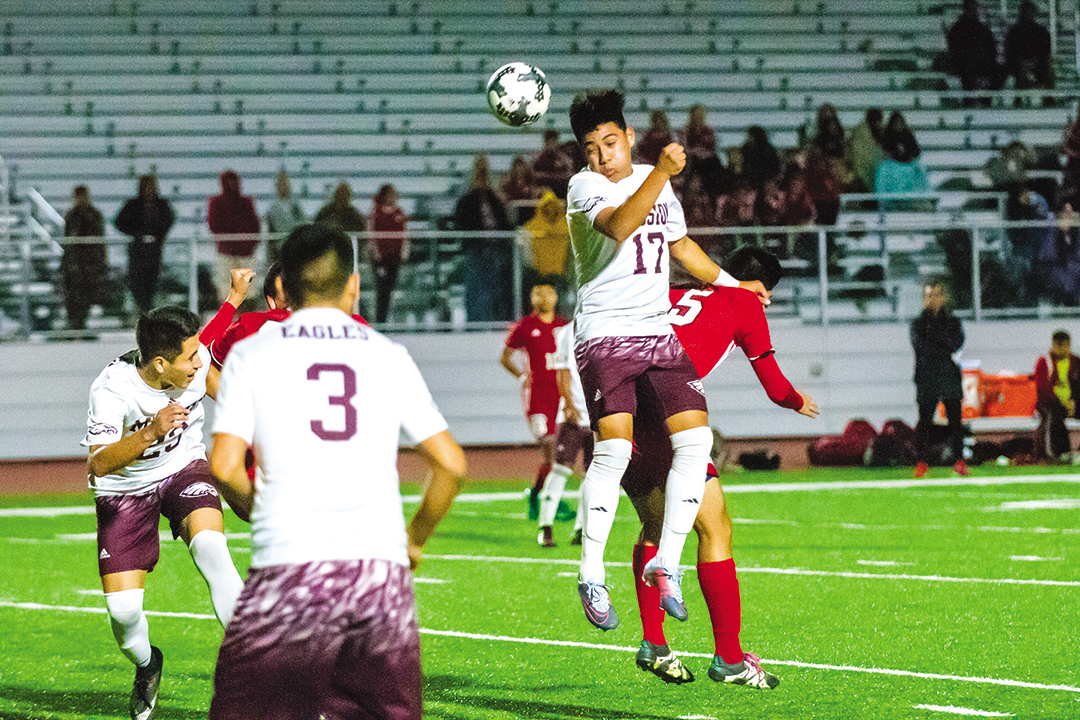 Mission Eagles
Mission High is the only team that holds a win over the district champion Huskies, proving that the Eagles can play with top talent. The Eagles are locked into the second seed in 30-6A with a 7-4 record and the team’s final district contest coming tonight against the last place McHi Bulldogs. The Eagles first round playoff matchup is slated for Thursday, March 29 against Laredo Lyndon B. Johnson High School at 7 p.m. in the Tom Landry Stadium in Mission.

La Joya Coyotes
The La Joya Coyotes have clinched a playoff spot with a 6-5 record and have one game left in the regular season–a rivalry meeting against the Palmview Lobos, who are on the outside looking in on the postseason. In the first round of the playoffs, the La Joya Coyotes drew San Antonio Southwest.

Sharyland Rattlers
The Sharyland Rattlers finished second in District 31-5A for the second consecutive year, three games behind the unbeaten Valley View Tigers. The Rattlers have proven to be perennial playoff contenders and look to make some noise in this year’s first round as they are slated to face the Brownsville Porter Cowboys at 6 p.m. Friday, March 30 at Weslaco East High School.

Pioneer Diamondbacks
The Diamondbacks are back in the playoffs for the first time since the 2014-2015 season, the first year Pioneer opened its doors. Now, Head Coach Alex Lopez and the Diamondbacks are ready to make a run at the playoffs in 2018 as Pioneer finished third in District 31-5A, setting up a first round matchup with Brownsville Veterans Memorial at 7:30 p.m. on Thursday, March 29 at Mercedes High School Stadium.

Girls Soccer
Sharyland Lady Rattlers
The Sharyland Lady Rattlers claimed another district title in 31-5A, this time with Head Coach Mario Ribera at the helm, his first year with the program. Boasting a 25-5-1 record on the year and an impressive 15-1 in district play, the Lady Rattlers are rolling into postseason action. Senior forward Kaitie Watson prepares for her final shot at the playoffs and is hoping to leave her mark on the program she’s helped dominate for the past four years. The Lady Rattlers are set to take on Brownsville Veterans Memorial at 7 p.m. on Friday, March 30 at Sharyland High School.