Hoping to accelerate city growth and create a new event venue for the RGV, City Manager Martin Garza, Jr. is ready for everything to come.

The City of Mission will be opening the doors of the Mission Event Center starting in April. About 20 events have been booked already in the first few months, and a ribbon-cutting ceremony will be held next Tues., March 27th at 5 p.m. 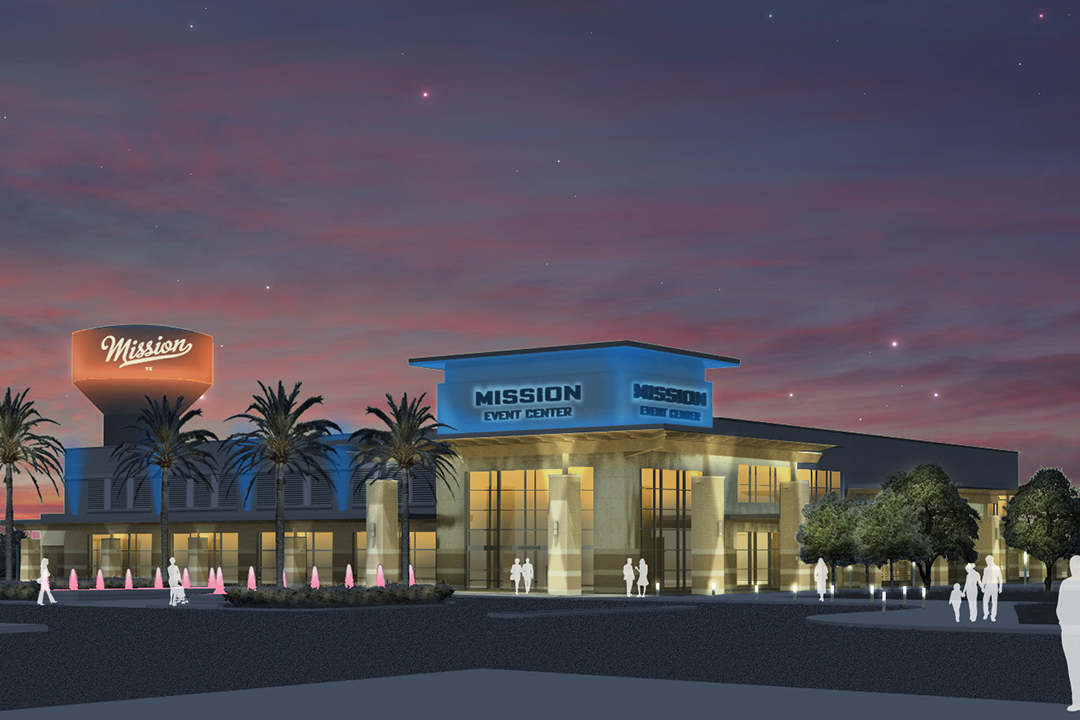 “The city&rsquo;s actually using it the day after the ribbon cutting,&rdquo; Garza said. “An assistant police chief and a deputy fire chief that have retired, both of them have given 35 years of service, and we&rsquo;re going to be doing a ceremony for them.&rdquo;

The project, which was started in Jan. 2017, involved hard work from several city entities. It will be run by city staff.

The venue has multiple meeting rooms, an on-site kitchen and catering company, and a shaded outdoor patio with a walking trail. Garza spoke about the facilities.

“The niche here is if you open up all the ballrooms, you have a 17,000 sq. ft. ballroom,&rdquo; Garza said. “Which none of our private sector business owners have. It&rsquo;s also not close to what McAllen has either, so it&rsquo;s very in-between.&rdquo;

The event center is part of a plot of land bought by the Mission EDC. They plan to use it to build more buildings for businesses like hotels and restaurants. Garza is excited about what this location will do for the city.

“The city purchased about ten acres, and in those ten acres, we went ahead and built this 40,000 sq. ft. facility,&rdquo; Garza said. “But at the same time, we also saved money on a water tower project that needed to be constructed in the area to replace the Lucksinger tower, so we saved money on having to purchase new land for the actual water tower.&rdquo;

“The idea is to bring hotels, retail, and restaurants,&rdquo; Garza said. “And with the profits of those 19 acres, those profits are going to go to paying off the debt service of the event center. And once it&rsquo;s developed, the taxes collected will go into that debt service.&rdquo;

The Mission Event Center project cost about $15 million, but the cost was covered without raising taxes on the community.

“We put all this together to be able to make some profit off the sales of the land from the EDC to pay off the debt service,&rdquo; Garza said. “And at the same time, the TRS [TRS Facility Services, LLC] and the EDC&rsquo;s participating in the actual debt service, therefore we did not have to touch the general fund nor have to increase taxes for our taxpayers.&rdquo;

Garza is enthusiastic about how the Mission Event Center will impact the community.

“Truly, it&rsquo;s going to be a help for quality of life,&rdquo; Garza said. “The event center will be replacing, at one point or another, the Mission Community Center.&rdquo;

Garza said he understood the memories and experiences had at the Mission Community Center were cherished by many residents of Mission.

“The event center is not only going to continue bringing in those family social events together, but at the same time we&rsquo;re going to have the opportunity to showcase other types of community events.&rdquo;

According to the city manager, the City of Mission is hoping to promote this venue for a variety of events, trade shows, conferences, and seminars.

“We&rsquo;re going to have car shows, boat shows, musical events, and art events,&rdquo; Garza said. “And so, it&rsquo;s an area that&rsquo;s going to be very diverse, and continuing what we&rsquo;ve been doing at the community center, but also bringing in new venues to the City of Mission.&rdquo;

Garza also said that school districts will be having ceremonies there, churches will be renting the venue, and businesses can hold trainings. He expects positive reactions from the public.

“One of the things that we wanted to make sure of, is that we are not competing with the private industry of the business owners here in Mission,&rdquo; Garza said. “Like Mario&rsquo;s Ballroom, and the other ballrooms that are out there.&rdquo;

According to the city manager, the city wanted to make sure they focused on a different market with a different size. They did not want to take business from local merchants and business owners.

“The project has been very welcomed by the general public,&rdquo; Garza said. “They&rsquo;re very excited. We keep getting calls asking when we&rsquo;re going to open, and there&rsquo;s a lot of bookings already.&rdquo;