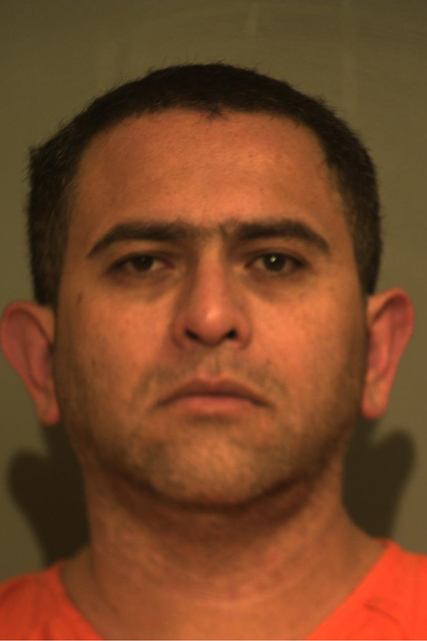 “Well, I would just like to offer an apology to you, your honor, to the United States, to the prosecution and to ask for your mercy,” Guerrero said, speaking through an interpreter during the sentencing hearing.

Agents with Homeland Security Investigations, a division of Immigration and Customs Enforcement, arrested Guerrero on May 25, 2015, according to court records.

When they searched Guerrero’s garage, agents found 36 bundles of cocaine. They also seized about $36,000 cash.
Guerrero had already served a prison sentence for drug trafficking. If convicted on the new charges, he faced 20 years in federal prison.

Three months later, Guerrero pleaded guilty and started cooperating with the government, according to court records.

“Defendant then entered into a cooperation agreement with the Government in that case, and subsequently during the following time period of July/August 2015 until late 2016, provided the Government with substantial assistance that resulted in four major seizures and numerous spin-off cases in various jurisdictions — both out of state, and locally,” according to a motion filed by Guerrero’s attorney.

In September 2015, federal agents monitored Guerrero while he negotiated with a supplier, according to the criminal complaint against him. They agreed to transport cocaine from McAllen to Philadelphia.

Federal agents seized 30 bundles of cocaine during the operation.

“Following the seizure, agents inspected the bundles and observed many of the bundles were not consistent with bundles of cocaine commonly seized from drug traffickers,” according to the criminal complaint.

Federal agents found similar problems in February 2016, when Guerrero negotiated with the same supplier to transport cocaine from McAllen to Atlanta, according to the criminal complaint. They seized another 30 bundles, but the bundles looked odd.

The cocaine had been “altered substantially,” according to a motion filed by Guerrero’s attorney.

Court records don’t include details about the purity of bundles seized during the February 2016 operation.
Why the bundles contained only trace amounts of cocaine remains unclear.

“Agents are aware that individuals involved in the transportation of narcotics will often attempt to steal cocaine with a high purity level which has been provided to them and replace it with diluted (“sham”) cocaine,” according to the criminal complaint. “These individuals often want the diluted cocaine to be seized by law enforcement to cover the theft.”

During an interview with federal agents, the supplier said Guerrero took possession of the cocaine several days before the September 2015 and February 2016 drug busts, according to the criminal complaint. After interviewing the supplier, federal agents arrested Guerrero on new drug trafficking charges.

Prosecutors also proceeded with the long-delayed sentencing for Guerrero’s original drug trafficking case from May 2015.

“This case has been very problematic. And we’ve been back-and-forth, the U.S. Attorney’s Office and myself. It’s been touch-and-go for quite some time,” said Attorney Arnulfo Guerra, who represented Guerrero during the sentencing hearing. “Didn’t turn out the way my client and I had anticipated some time back.”