Ten games into the 16 game softball season the Mission Veterans Lady Patriots are sizzling! Not only have they won four in a row, and six of their last seven, but their 8-2 District 31-5A record (11-7 overall) has them in sole possession of second place, just one game behind the first place Rio Grande City Lady Rattlers and half a game ahead of the third place Pioneer Lady Diamondbacks.

While their .800 winning percentage is impressive enough, the fact that the Lady Patriots have outscored their opponents 130-54 over that 10 game stretch is proof of how dominant Coach Vivian Ray’s squad has been thus far this season. 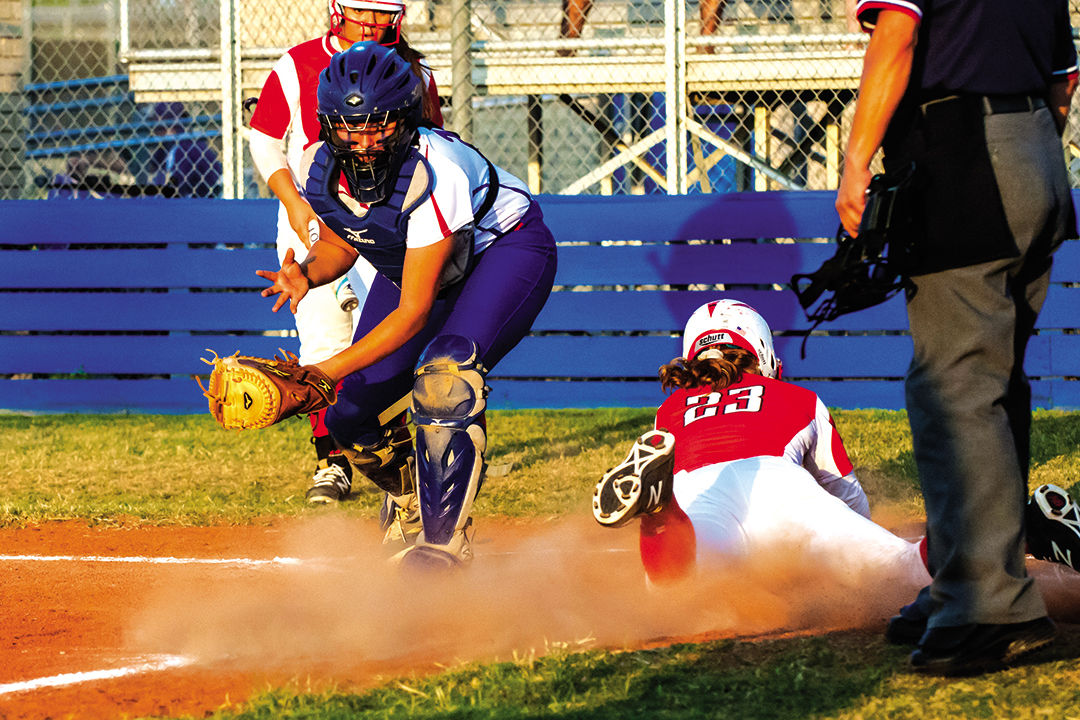 After the Sharyland game, Coach Ray expressed how surprised she was over her team’s ability to score 15 runs against a team like the Lady Rattlers.

“This score surprises me,” Ray said. “I can imagine that when we catch up with them in the second round, it’s going to be a different game. They’re a good ball club but I have a senior heavy team with, I believe, nine seniors on my roster.”

“The majority of these girls have been on varsity since they were sophomores,” Ray added. “When the group that I had three years ago, with Alysson (Moreno) and Jazmine (Cuellar), graduated that left seven holes in my lineup to fill. I’ll be back in that predicament again next year but it won’t be quite as bad since I’ll only have five positions to fill. Therefore we should be able to transition from this year to next year without too big of a shock.”

While the Lady Patriots offense has played a big part in the team’s success thus far this season, the pitching of Iliana Contreras has contributed greatly as well.

“Iliana is a senior and she’s going to be our workhorse on the mound,” Ray said. “I do have a back-up for her, but we’re going to depend on her hitting her locations and her spots. Some days she starts out quicker than others, but when she has a rough start, like she did against Sharyland, she usually settles down and does what she needs to do to keep us in the game.”

After the Sharyland game, Contreras shared how she was able to recover from her shaky start when she said, “They came out pretty determined but while we were shaky in the beginning, I had a strong defense behind me and we wanted it more than they did so we were able to turn things around come out with the win.”

Against the Lady Rattlers, Contreras was able to pitch her way out of more than one bases loaded situations. With this being her fourth year on the varsity squad, she has learned how to handle the pressure.

“When the bases are loaded, you just have to think that nobody’s on base and focus on getting the hitter out,” Contreras said. “Having a good defense behind you helps too. Without my defense I wouldn’t be able to do what I do.”
Junior catcher Justine Galvan shared how she and her teammates handle rivalry games like those against the Lady Rattlers.

“We don’t take anything for granted when we’re playing a team like Sharyland,” Galvan said. “We don’t expect to win by 11 runs like we did tonight, but we’re glad that the score came out to what it was. The most important thing is to get the win.”

As for what goals she and her teammates have set for this season, Galvan said, “We’re striving for the playoffs but this year we’re also after the district championship. We’re currently in third place but hopefully we’ll come back and take Pioneer and Rio Grande in the second round.”

Next up for the Lady Patriots is a huge home game against the Lady Diamondbacks next Tuesday. They will then close out the regular season with games at Laredo Nixon (April 6), at home against Rio Grande City (April 13), at Sharyland (April 17) and at home against Valley View (April 20). First pitch for all remaining games will be at 7 pm.