People from across Mission gathered to celebrate a new addition to the city that will hopefully create memories and inspire further growth in economic development.

This Tuesday, the City of Mission held a ribbon cutting ceremony for the new Mission Event Center located at 200 N. Shary Rd. 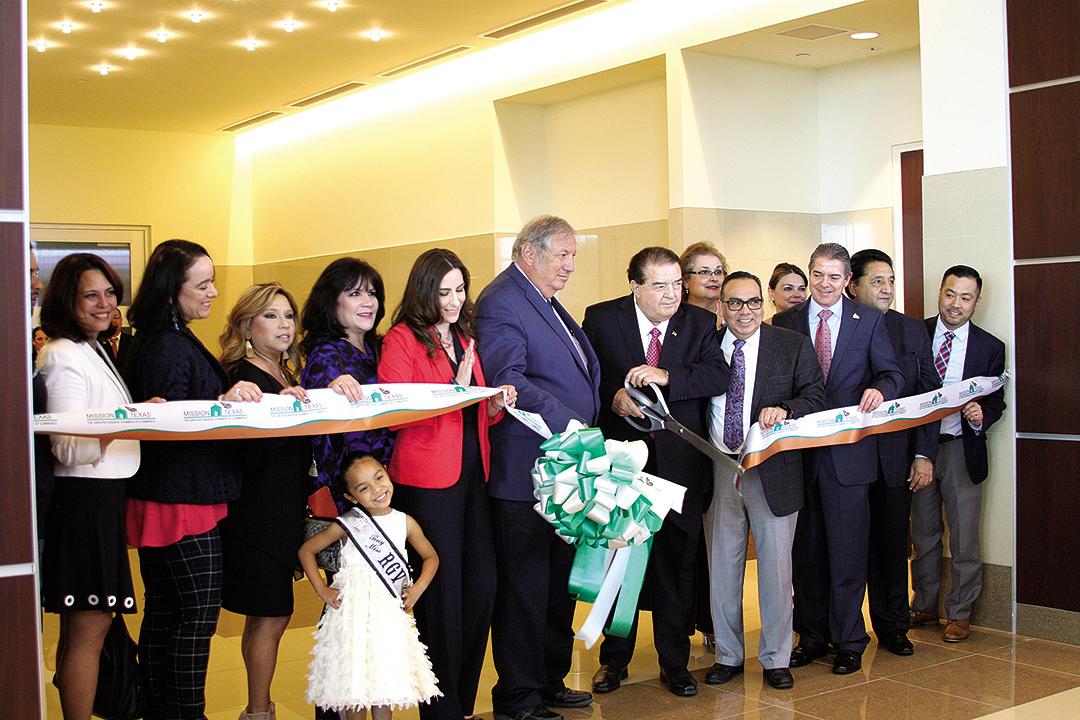 Several prominent people who contributed to the project spoke about its significance and their excitement about the new event center. Mayor Beto Salinas was one of the first to speak.

Mayor Salinas said that the Mission Event Center was a project many people wanted to do ten years ago, but he did not. He spoke about why his mind changed.

“We had to get our stuff in order, we had to get our tax rate in place, which we did,” Salinas said. “Thank God that we were able to get a very decent tax rate for the City of Mission, and at the same time start building this beautiful building.”

“We’re truly excited to bring this project forward to the citizens of Mission,” Garza said. “That’s what this project is truly for. Our citizens, the working class, the people who want to get together and enjoy their family, enjoy events, and be able to come together for a social event and be able to enjoy the quality of life the City of Mission provides for its community.”

Garza said the project was put together with a lot of intelligence and several people with great minds coming together to make it work.

“We have two wonderful boards that deserve a lot of credit,” Garza said. “We have the TRS board that is directed by Daniel Silva, and also the Mission EDC board directed by Alex Meade. They have contributed in making this project happen for the city council and Mayor Salinas.”

The city manager talked about how the city decided to invest in the location and 19 acres south of the location.

“The purpose of that is to bring economic development,” Garza said. “We wanted to make sure that we had not only an event center, but a place where people could go eat, so people could go rest, and we’re going to be bringing hotels.”

Garza also announced that they recently had their first sale of one of the properties: a restaurant called Walk-On’s, a bistreaux that serves Louisiana Cuisine.
According to Garza, it is the first location of the restaurant south of San Antonio.

Garza brought up Ramiro Zapata, the architect of the building, and thanked him for all the hard work he put into the project. Josue Reyes, the CEO of D. Wilson Construction, was also thanked for the completion of the project.

The city manager introduced three people who will be in charge of the Mission Event Center to the crowd.

“We wanted to bring a staff that had experience in this type of environment, in this type of industry,” Garza said. “They’re going to be instrumental in getting this department going.”

Fatima Garcia, who had been working for McAllen as their civic center became the convention center, was the first to be introduced. After her work with McAllen, she was part of the hotel industry before joining Mission.

“We’re such a huge region,” Garcia said. “It’s not about the cities, it’s about what we can accomplish together. And if it’s Mission, if it’s McAllen, Pharr, any city, as long as we work together, that’s what makes me follow the decision. I think it’s an asset to the Valley because we have a lot to offer.”

The Pioneer High School drumline greeted guests outside as they walked the red carpet into the building. Once the ribbon was cut, the Veterans Memorial High School mariachi group Mariachi Toros de Plata performed inside for those enjoying appetizers and drinks from the in-house catering service.

“The theme was ‘Capture the Moment,’” City Manager Garza said. “That’s really what we want to bring to the community. We want to make sure that the people who use this space, the people who come to this event center truly capture the moment and they take that back to their communities.”