The Alton City Commissioners are expected to approve a grant from the Texas Parks and Wildlife Commission that will help the city expand their most popular park.

Late last month, the TPWC approved a $500,000 grant to the city of Alton that will go toward expanding the Josefa Garcia Memorial Park from five acres to 55 acres, according to Alton city Manager Jorge Arcuate. 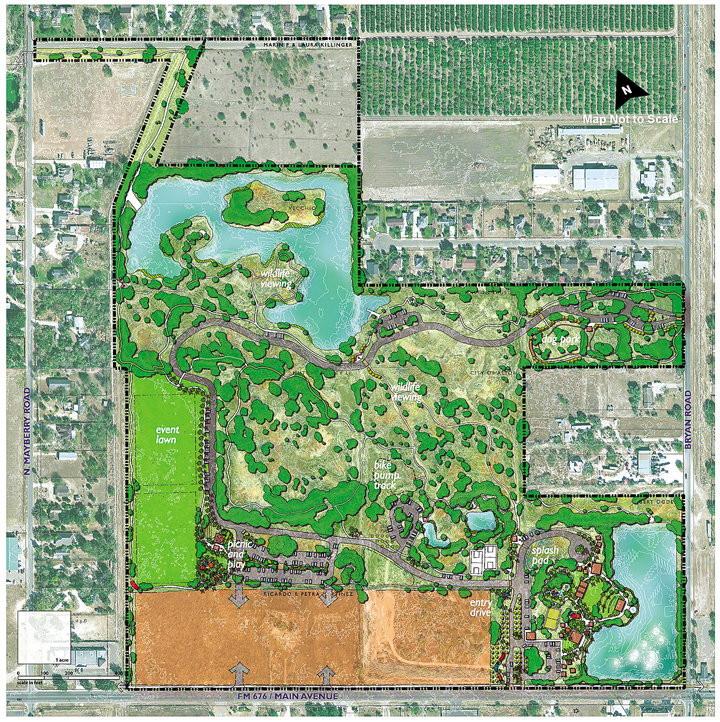 The city has to approve the acceptance of the grant at their Tuesday, April 10 meeting, Arcuate said.

“Staff is anticipating acceptance, so we might have a timeline with some key target dates at the meeting Tuesday,” Arcuate said. “We want to move as quickly as possible.”

As reported last fall when the city applied for this grant, the city is looking into expanding the park to address an expected growth in population on the city’s east side and a lack of space in the city’s Sylvia Vela Park.

Located on the corner of Bryan and Mile 5 Road, the Josefa Garcia Memorial Park is well-known in the community. It is adorned with 21 crosses and a statue of Jesus to commemorate the 21 victims on a Mission school district bus who were killed in 1989 after the bus was struck by a delivery truck, sending it over to a flooded caliche pit.

With the expansion, the city is interested in highlighting the natural landscape of the park which will have a splash pad, soccer fields, exercise stations, natural hike and bike trails and overlooks for birdwatching and native shade trees, Assistant City Manager Jeff Underwood said.

The city is budgeting the expansion project at $1.5 million, which will be split between the funds raised from the TWPC grant, the city and the City of Alton Development Corporation, Underwood said.

“With the way the city is growing, we’ve made improvements to the existing park north of city hall but we’re out of space there,” Underwood said. “The city is growing to the east, we need to find more park area for residents in the east and this expansion seemed like a natural fit. We already had all these tracks of land, there’s an existing track and there’s some vacant land adjacent to it and we thought it was the perfect opportunity to use all of that for our citizens.”

To complete the expansion, the city will buy up to 30 acres of land adjacent to the park, Underwood said, adding that the city plans to apply to a second $500,000 grant from the Valley Baptist Legacy Foundation, a local foundation which promotes healthy lifestyles and gives out grants to build hike and bike trails.

“We’re really excited to see this come to fruition,” Underwood said, adding that the park could be completed in 18 months after the city approves it. “We’re happy to bring this to our citizens, it’s going to take some time to put it all together but it’ll certainly be worth it.”