In the race to represent Mission on the Agua Special Utility District board, every vote matters.

Nobody knows that cliche better than Director Cesar Rodriguez Jr. 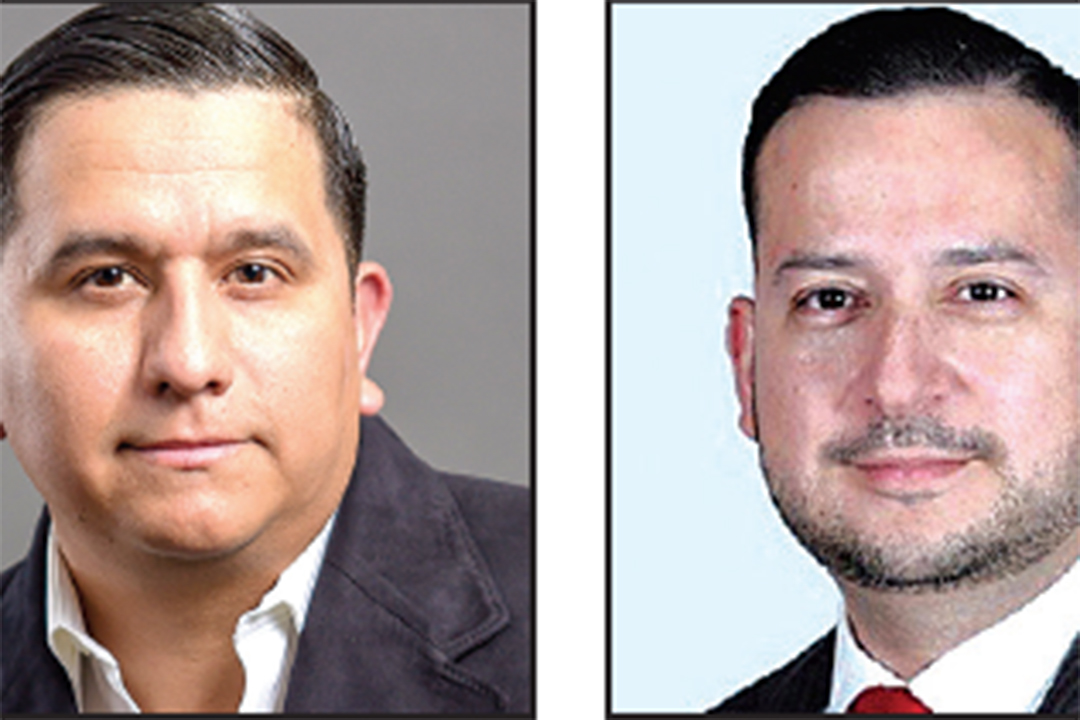 When Rodriguez ran for the utility board in May 2014, just 11 people cast ballots, according to Hidalgo County Elections Department records. Six supported Rodriguez — who won by a single vote.

Four years later, Rodriguez is running for re-election against businessman Eric Sanchez, a neighbor from down the block.

“He’s a friend of mine, as a matter of fact,” Rodriguez said. “It’s politics. That’s the way it is. And at the end of the day, we’ll still continue to be friends.”

Rodriguez is backed by Team L1berty, the dominant political party in western Hidalgo County. Sanchez joined a rival ticket called Team Agua SUD, which is supported by utility board Director Homer Tijerina and Palmview
City Councilman Joel Garcia, among others.

Political muscle, though, may not make much of a difference in Mission, where the candidates will compete for votes from friends and neighbors.

Rodriguez rides a bicycle through the neighborhoods. Sanchez walks, knocking on every door.

The winner will represent small parts of Mission served by the utility district, which provides water and sewer service for western Hidalgo County.

Rodriguez, 35, is the discipline compliance officer for the La Joya Independent School District.

“I’ve been here for four years. I have more experience,” Rodriguez said, adding that he’s running for re-election to keep serving utility customers. “It’s not a business, that’s for sure. You have to be here for the community.”

Installing smart meters will provide advantages for customers, including the ability to track water consumption with an app, Rodriguez said. The app will help people monitor usage and avoid big bills.

“They know me, they know my family,” Rodriguez said. “In all that area, they’re really good friends of mine.”

“The reason I want to run is to fix everything,” Sanchez said, adding that he wants to improve customer service and make the utility district more transparent.

Sanchez said several candidates backed by Team L1berty work for the school district, which may expose them to political pressure.

“What’s the point of calling it ‘Team L1berty’ if nobody really has their liberty?” Sanchez said. “I really don’t like what they’re doing, the way they do their stuff.”

Some supporters of Team L1berty want change, but they’re afraid to say anything, Sanchez said, adding that people are intimidated by the school board.

“But come May, there’s going to be a big wall that they’re going to hit,” Sanchez said. “And as soon as we clean that up, that Agua SUD office, we’re going to move on. That’s the beginning. It’s going to start at Team Agua SUD and we’re going to take it from there — to clean up everything.”

Part of the problem is a lack of transparency, Sanchez said. The utility district occasionally holds special meetings at noon, when many customers can’t attend. Regular meetings typically start at 6 p.m.

Holding all meetings after work would be more convenient, Sanchez said, adding that the utility board might also consider holding meetings in Sullivan City, Peñitas, La Joya, Mission and rural areas — not just Palmview.

The board could provide updates on local projects and listen to concerns from customers, Sanchez said.

While Sanchez said he’s concerned about Team L1berty, he remains friendly with Rodriguez.

“I know Cesar,” Sanchez said, adding that they occasionally socialize together. “We’re not enemies. We’re friends.”

In November 2009, a state trooper stopped Sanchez for driving erratically, according to the Texas Department of Public Safety offense report. The trooper smelled alcohol on his breath and found an “open container” in the truck.

“I’m not going to say that wasn’t me — because it was me,” Sanchez said, adding that the incident occurred more than eight years ago. “I was young. And everybody makes mistakes.”