After a year and a half since its groundbreaking ceremony, progress is being seen at La Joya’s new city hall.

City Administrator Mike Alaniz announced this Monday after a city council meeting where council members approved the payment of nearly $330,000 to the McAllen-based construction firm Holchemont Ltd. In total, the city has paid around $1 million to the firm so far for constructing the new city hall. 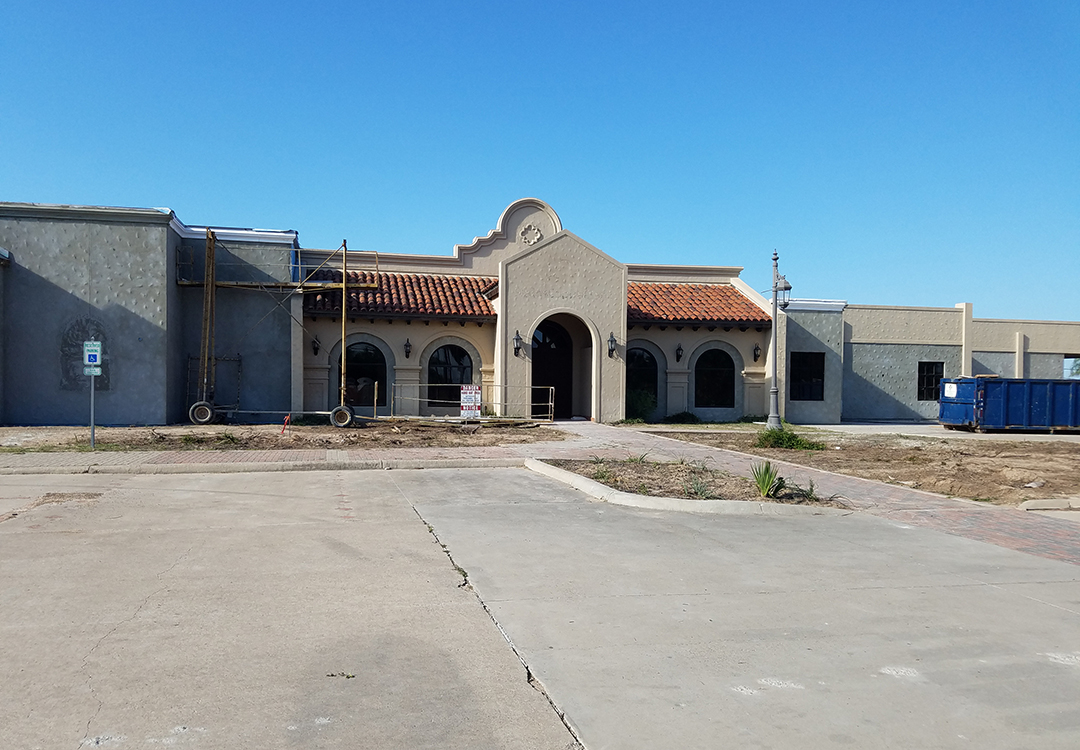 “It’s been a long awaited project that our community needs,” Alaniz said. “We’re shooting for an opening at the end of May or first week of June.”

In October 2016, the city broke ground for a new city hall and police station along U.S. 83 on the lot that a Plains Capital Bank branch stood before closing the year before. The city purchased the lot through a $3.5 million loan they received from the U.S. Department of Agriculture.

At the groundbreaking, Alaniz said the former bank building will be expanded on the west and east side to accommodate the police department and administrative offices.

Initially, the project was due to be completed last summer, but the start of construction was delayed until last September due to the cost of the project turning out to be about $400,000 more than originally projected.

Because of this, the city had to apply for a $500,000 certificate of obligation to pay for the extra cost.

According to Holchemont Manager Mike Diaz, a summer opening for the new city hall would be feasible.

“Construction is underway for new offices and other interior work, we’re at the tale-end of the project,” Diaz said of the 15,200 square feet building. It’s a building that is overdue for the city of La Joya, they are in need of it.”

Even though there are currently no plans for the current city hall and police station – an old building that stands on the corner of Leo Avenue and U.S. 83 – Alaniz said the city has appraised the lot where the building stands at $500,000.

The city has also started an amnesty program to allow residents the opportunity to clear up old fines.
The amnesty program, which started last week is so that the city can pay off more than $3 million in fines dating back from 1999, Alaniz said.

To take advantage of the program, residents have to go to the city’s municipal court and pay the fine without worrying about the additional costs of a failure to appear warrant, which can add an extra $300 to the initial fine.

“It’s so that people can come in and not have to worry about being arrested as they address these fines,” Alaniz said of the amnesty program, adding that it will run until May 31.