When he ran from a Sullivan City policeman in February, Ricardo Vargas left behind something important: his phone.

The policeman didn’t get a good look at Vargas — just a glimpse of somebody wearing a blue polo shirt and blue pants, according to the criminal complaint. Border Patrol agents and state troopers searched the area, but he slipped away. 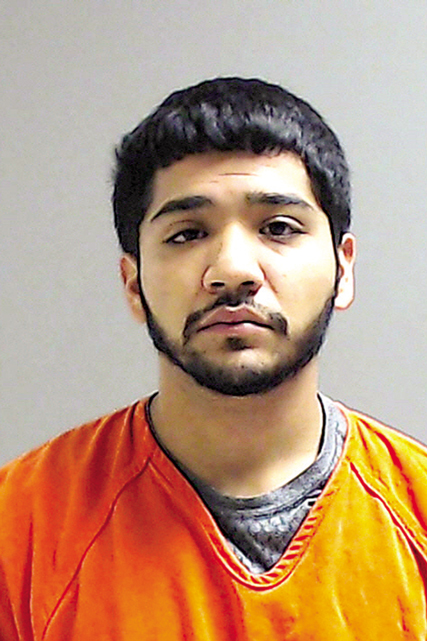 Vargas, though, left behind a phone linked to his Facebook profile, which told police just about everything they wanted to know. Two months later, the forgotten phone would land him in jail.

Attorney Rubio Salinas, who represents Vargas, said he hadn’t read the criminal complaint and couldn’t comment on the case.

At about 6 p.m. on Feb. 7, a Sullivan City policeman stopped a black Dodge Challenger for making an unsafe lane change on El Faro Road near U.S. 83.

The driver ran away, leaving behind four people who weren’t legally present in the United States, according to the criminal complaint. Police called Border Patrol, which took custody of the migrants.

While the driver ran away, he left behind a phone. Police browsed through the phone and found a Facebook profile for Ricardo “Ricky” Vargas, 19, of Palmview.

The Hidalgo County Sheriff’s Office arrested Vargas in March, when deputies caught him with a small amount of marijuana. He pleaded guilty and County Court at Law Judge Sergio J. Valdez sentenced Vargas to time served.
With the marijuana case behind him, Vargas now faces two more serious charges from Sullivan City: smuggling of persons for monetary gain, a third-degree felony, and evading arrest or detention, a Class A misdemeanor.