Celebrating several events, official dates and what the city has to offer in April, residents gathered outside the city hall for Mission’s first Round Up. 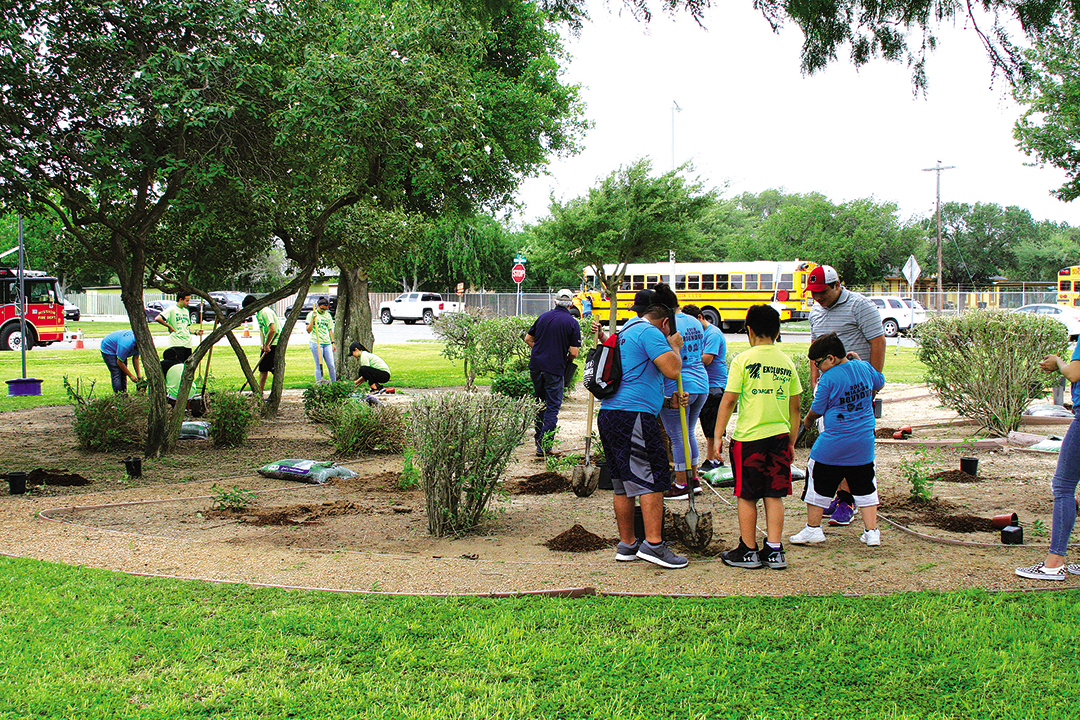 Held from 10 a.m. to 2 p.m., the Round Up was located outside the city hall. The event included live performances from Serjio & Ropin’ the Wind, local singer Tony Longoria and folklorico and mariachi groups.

Mission City Manager Martin Garza, Jr. was happy with the work put into the event and glad the city could provide something new for citizens.

“Keeping a family environment is very important for us to continue to have these types of events,” Garza said. “We’re having a lot of fun doing this, and we’re all going to work together to bring something nice to our community.”

Garza credited the new Mission Event Center as a catalyst for the Round Up, as it led to the creation of a city department focused on community events.

“We wanted to be able to bring more community events to the City of Mission so they don’t have to go elsewhere,” Garza said. “We wanted to make sure that the creation of this department would not just be about leasing a space, but also create events that are going to bring people together within the city limits.”

According to Garza, events like the Round Up bring people to hotels and restaurants in Mission, which would, in turn, help the city economically in a larger scale.
“There were several things that were happening this week,” Garza said. “So we decided to call it a Round Up and put all these events and awareness days together to be able to promote a nice community event so people can come out and have a good time.”

Vendors were at the event, providing food and drinks, and local mascots from the city were also available to take pictures with the kids. The Round Up was the result of work from many different city departments.

“You have all the resources of the city coming together to make it happen,” Garza said. “So you have the police department that’s providing safety and security, along with the fire department. We also have our health department and our animal control department, along with some volunteers.”

Pets were available for adoption, and the Mission Police Department offered fingerprinting for the kids. Several donated toys, books from the Speer Memorial Library and bicycles were raffled to children present at the Round Up, and hay rides were available as the event went on.

“This is kind of like a kick-off of what Mission should expect from the Mission Event Center and this new department,” Garza said. “To provide this kind of event for our community.”

A new tree was planted next to the city hall, in commemoration of Arbor and Earth Day, and the butterfly garden also received new plants. As this is the first year Mission is hosting a Round Up, Garza expects it to have a positive impact on the community and hopes it will grow in the future along with other new events.

“Besides this annual event, we’re also looking at bringing in other types of parades throughout the city,” Garza said. “Whether it’s a Fourth of July parade, it depends on what is happening in our city, we want to be able to bring something fabulous to our city.”

The director of the Mission Boys and Girls Club, Juan Arevalo, was the Master of Ceremonies for the Round Up. He spoke about the importance of the event and why Mission responded to it.

“We want to beautify our city,” Arevalo said. “We’re proud of where we live, and we decided to come together, not just the city departments, we brought in the school districts, local businesses, local non-profit organizations and for-profit organizations, to come and be part of this event.”

The Trash Bash, which had taken place that morning, had 400 volunteers picking up trash in the parks, schools, and local centers and amenities of Mission. The Round Up, according to Arevalo, was a kind of reward for the volunteers who made the Trash Bash a success.

“We brought different departments in the city and different vendors to bring more excitement,” Arevalo said. “It’s kind of a festival-style, a city Round Up where everybody gets to share what they do.”

Arevalo said that he sees the Round Up growing in the future.

“From this one, we’re going to add on even more things that we feel we can bring to our city,” Arevalo said. “I do feel that there’s going to be a large growth once people start seeing what we’re doing and start getting involved.”