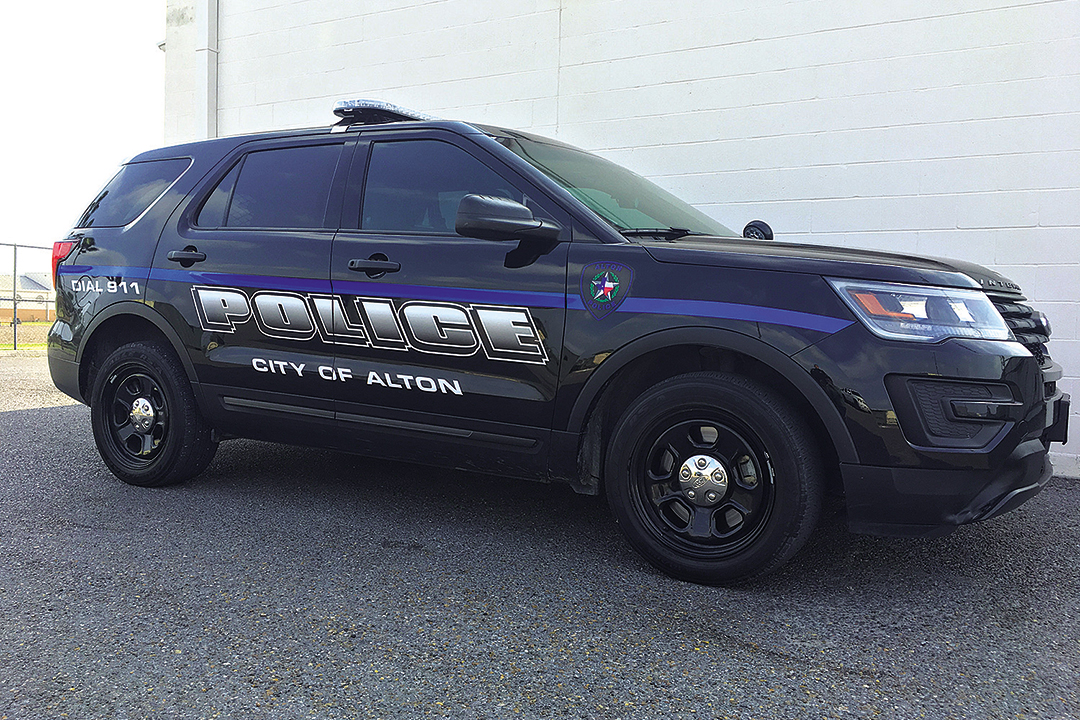 While the old design worked well for undercover operations and some types of traffic enforcement, Flores said he wanted the public to notice police cars.

The new design also prevents confusion when a motorist sees flashing lights in the rear-view mirror.

“With all the pseudo-cop incidents and things like that, you don’t want people to get the wrong impression,” Flores said. “Or make a poor decision based on the low visibility.”

Replacing decals on eight vehicles cost about $3,200. They hit the streets during late March.

The police department also adopted a new patch, which comes with the same blue-and-black color scheme.

Officers originally had a Texas-shaped patch, Flores said. The city replaced that patch with a train-shaped patch, paying homage to the railroad stop that became Alton.

Flores incorporated Texas into the new patch, which is shaped like a shield. The train remains on police badges.