Rev. Rafael Cruz, father of United States Senator Ted Cruz (R-TX), will serve as the keynote speaker for this year’s Mission Mayor’s Prayer Luncheon. The annual event is held in conjunction with the National Day of Prayer which will be next Thursday, May 3. It will be hosted at the new Mission Event Center at 200 N. Shary Rd.

The long-standing tradition is an opportunity for local elected officials, community leaders and citizens to come together to pray and give thanks. Locally, churches and community leaders help to prepare and organize the event, which unites over 300 individuals for prayer. The National Day of Prayer which has been a part of the country’s heritage since 1775. 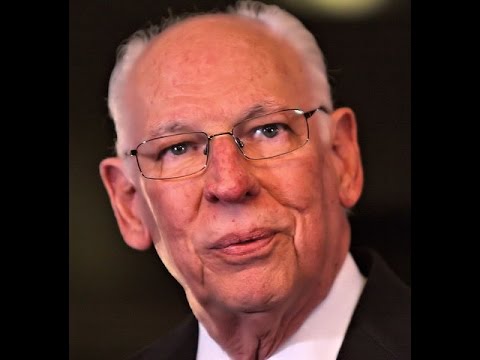 The life of Rev. Cruz personifies the opportunities and success available for those in pursuit of the American Dream.

Born in Cuba, he lived and suffered under an oppressive and cruel communist dictatorship. In fighting for his freedom against Batista’s regime, the young Cruz found himself imprisoned and tortured. Escaping the tyranny, he arrived in Texas in 1957 on a student visa and got a job as a dishwasher, making 50 cents an hour. He learned English while working his way through college at the University of Texas and later established a small business in further pursuit of that dream.

In early 1980, Cruz joined the State Board of the Religious Roundtable, a Judeo-Christian organization that mobilized millions of people of faith during the presidential campaign of Ronald Reagan. He is now an ordained minister and director of Grace for America, serving churches and Pastors Conferences around the nation. Additionally, he is the author of “A Time for Action, Empowering the Faithful to Reclaim America.”

“We are excited to bring people together for this event. Mission has done very well because we have always been supported by our churches,” said Mayor Norberto Salinas. “I’m looking forward to hosting Senator Cruz’s father in Mission for this event.”

Tickets are available for $20 per person at Mission City Hall, Greater Mission Chamber of Commerce, Mission Event Center, and with participating churches. Doors will open at 11:30 a.m. for seating and the program begins promptly at 12:05 p.m.

There will be special performances by Mission High School Mariachis and All Heart Worship – Gabriel de la Garza.