A candidate for the Agua Special Utility District board “threatened to fire everybody” during mid-April, when workers disconnected him for failing to pay a water bill, according to affidavits filed by employees.

After workers disconnected Noe Garza, 29, of Peñitas, he drove to the utility district headquarters on April 13. 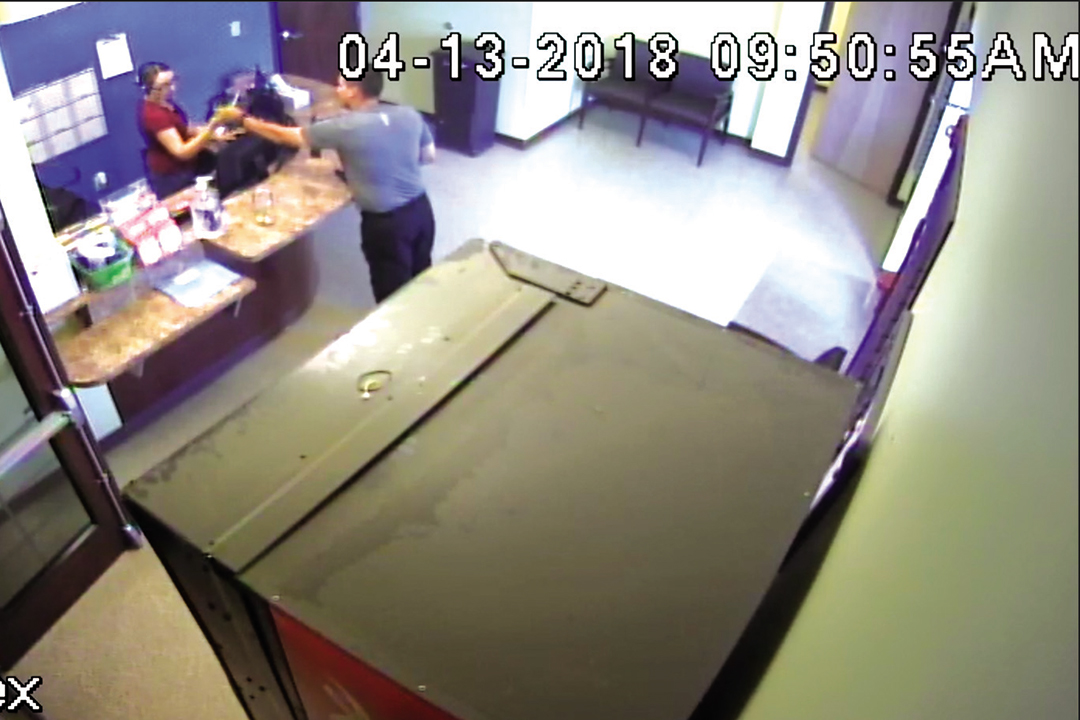 Garza acted aggressively and threatened to fire employees after winning the election, according to the affidavits. Employees called the Palmview Police Department and filed a report.

“I was there as a customer. I was not there as a candidate,” Garza said. “I was upset. But who wouldn’t be upset when they do this to you?”

Garza is well known in Peñitas, where he frequently blasts local politicians on Facebook. He filed for City Council last year but withdrew from the race.

The current campaign pits Garza and another challenger, Juan Gonzalez, against incumbent Lloyd Loya. The winner will represent Peñitas on the utility board.

Officers cited him for more than 40 traffic violations during the past decade, according to public records. The Peñitas Police Department charged Garza with misdemeanor theft in December 2014. And he failed to file a campaign finance report.

Garza dismissed all the accusations as political.

He attributed the traffic citations to youthful indiscretion. He said a judge dismissed the theft charge.

And he denied threatening to fire anyone who works for the utility district.

Surveillance cameras — which capture video but not audio — recorded what happened.

Garza started in the billing area, where he approached the counter and spoke with a clerk. After a few minutes, he left with a receipt.

Data Entry Clerk Rosina Rodriguez said Garza “was very upset and aggressively threatening that when he would get elected, he was going to fire everybody” including Customer Service Supervisor Pamela Perez, according to her affidavit.

After leaving the billing area, Garza walked across the parking lot and entered the main building.

Receptionist Jessica De La Garza said Garza “handed his water receipt aggressively to me and said for me to show them the receipt of the fees that had been paid,” according her affidavit. “Noe Garza Jr. was extremely upset, aggressive and rude.”

The situation started when the utility district wouldn’t accept a $10 bill, Garza said, adding that a clerk claimed the bill looked counterfeit.

Clerks without any special training shouldn’t reject money as counterfeit, Garza said, adding that he didn’t understand why the utility district refunded the supposedly counterfeit bill.

“It is unacceptable for them to be doing this,” Garza said. “Because it’s political.”