Concerned about cartel drones, the Texas Department of Public Safety is soliciting information on potential countermeasures.

The Department of Public Safety published a formal request for information during March, soliciting suggestions on technology capable of neutralizing drones. 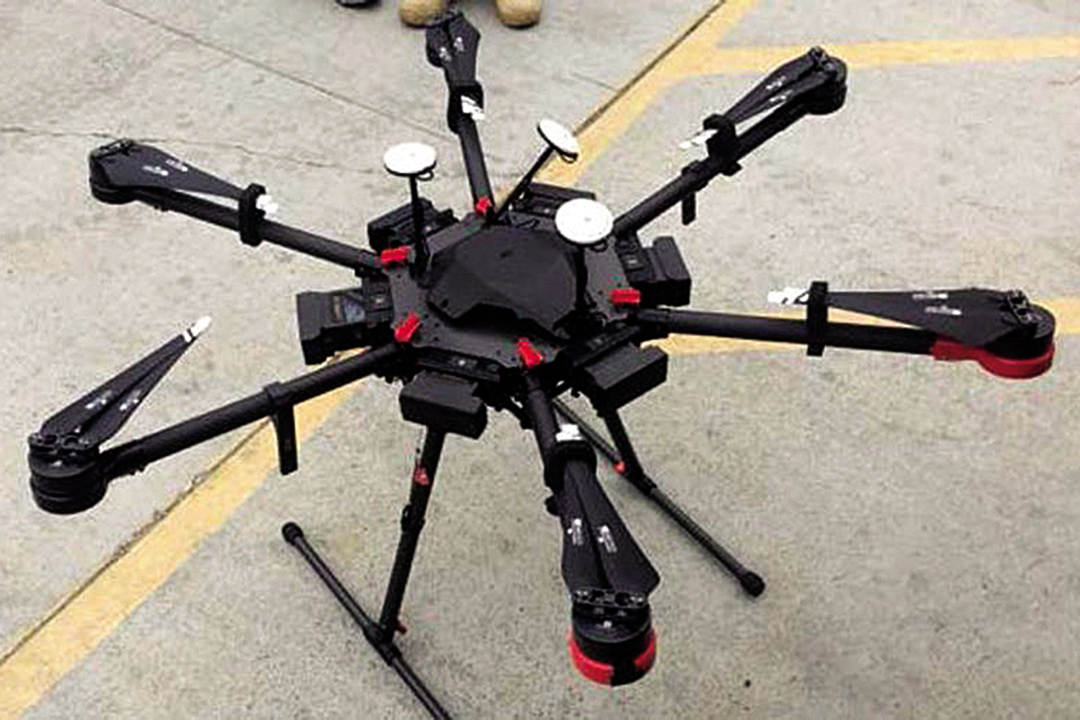 May 4 is the deadline for potential vendors to respond.

“Since this is an active RFI, there are limitations on what we can discuss,” said Tom Vinger, a spokesman for the Department of Public Safety. “This is only a request for information to get feedback on a countermeasure system to address a possible emerging threat that could be used by criminal organizations.”

While concern about the potential threat posed by drones is growing, documented incidents involving drones remain few and far between.

Agents equipped with night-vision goggles spotted the drone and confiscated the marijuana.

Border Patrol intercepted another drug-smuggling drone in August 2017 near San Ysidro, California. Agents followed the drone, which flew over the border fence and delivered 13 pounds of methamphetamine.

They caught the smuggler and seized the drugs.

When agents questioned him, the smuggler confessed “to having successfully smuggled drugs five or six times since March of 2017, as frequent as approximately once a month, utilizing UAVs,” according to the criminal complaint.

UAV is an acronym for unmanned aerial vehicle, a term that encompasses everything from consumer gyrocopters to military drones.

A federal judge sentenced the smuggler to more than 12 years in prison, according to court records.

Asked whether or not the Department of Public Safety knew of any incidents involving drones on the Texas-Mexico border, Vinger suggested the Progress Times contact Border Patrol. A spokeswoman for the Rio Grande Valley Sector didn’t respond to a request for comment.

The Tamaulipas state police force isn’t aware of any cross-border incidents involving drones, according to a government spokesman.

“The Texas Rangers Division (TRD) is currently engaged in border security operations with numerous federal, state, and local law enforcement agencies,” according to the request for information. “The use of Unmanned Aerial Vehicles (UAVs) by hostile actors is of increasing concern — these systems have been used in combat theaters to attack American soldiers and installations, and there is increasing concern that they could be used by transnational criminal organizations to attack or surveil TRD and other law enforcement personnel operating along the Texas-Mexico border.”

To counter the potential threat, the Department of Public Safety wants information about rifle-style devices with a minimum range of 765 yards. The devices may neutralize drones by taking control from the operator, forcing the drone to land or disrupting communication systems.

“Just the kids that are playing on their yards,” said Sullivan City police Chief Richard Ozuna. “That’s about it.”