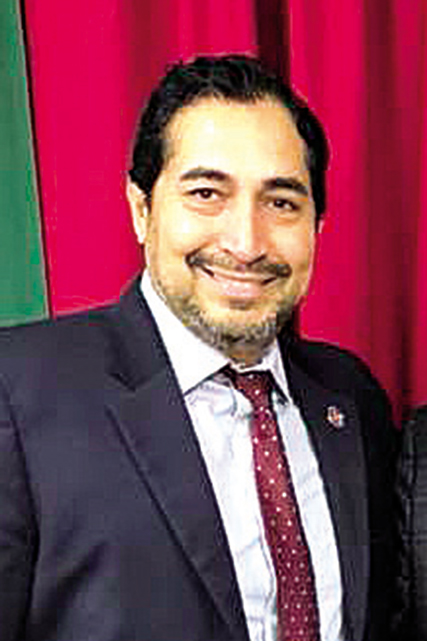 The messages — homophobic remarks and profanity not fit for publication — prompted Jerry Alaniz to file a formal complaint. After reviewing the text messages during a special meeting on April 24, the City Council fired Barrera.

“It’s not only unprofessional, it’s profane, and it could not go unnoticed by my client,” said attorney Selina Alaniz, who represents her brother.

Barrera sent the messages to a group chat that included Jerry Alaniz and two mutual friends, according to the complaint. He started insulting Jerry Alaniz with profanity and homophobic remarks.

Along with the insults, Barrera made a cryptic comment.

“The person who saw is taking (sic). FYI. Not me. It out. I myself was socked (sic). But good luck. And pay what your (sic) owe. Or it coming out next,” Barrera wrote, according to screenshots provided by the city.

When asked if she knew what Barrera meant, Selina Alaniz declined to comment. She also declined to identify the two mutual friends.

“Chief Barrera sent me via the group chat humiliating and very offensive texts suggesting that I was homosexual,” according to the complaint, which Jerry Alaniz submitted on April 23. “I find his language in his text messages very offensive as to how I am perceived or can be perceived in the public eye.”

After reviewing the text messages, the City Council unanimously voted to terminate Barrera, who had already been placed on administrative leave.

The saga that ended Barrera’s career started in March, when he filed a sexual harassment complaint against Interim City Manager Leo Olivares.

Barrera accused Olivares of sending him suggestive text messages and making him feel uncomfortable during an in-person incident.

“Olivares is advised to demonstrate more care with his text to employees,” according to the city investigation report. “He should apologize to Barrera for any misunderstandings. Finally, the city should update its sexual harassment policies, and all employees can benefit from additional training regarding sexual harassment.”

Concerns about Barrera’s job performance, which had been brewing for months, crystallized after the sexual harassment investigation.

Olivares sent the City Council a five-page memo, which detailed management problems at the police department.
Attorneys for Barrera and the city were attempting to negotiate a separation agreement when the text messages surfaced.

“There’s just some things that you can absolutely not tolerate,” said Councilwoman Linda Sarabia. “And we got to that point.”