Before school every day, Alvaro Ramirez and his mother Naila Flores-Ramirez take a longer route to the elementary before drop-off, so he has more time to read. 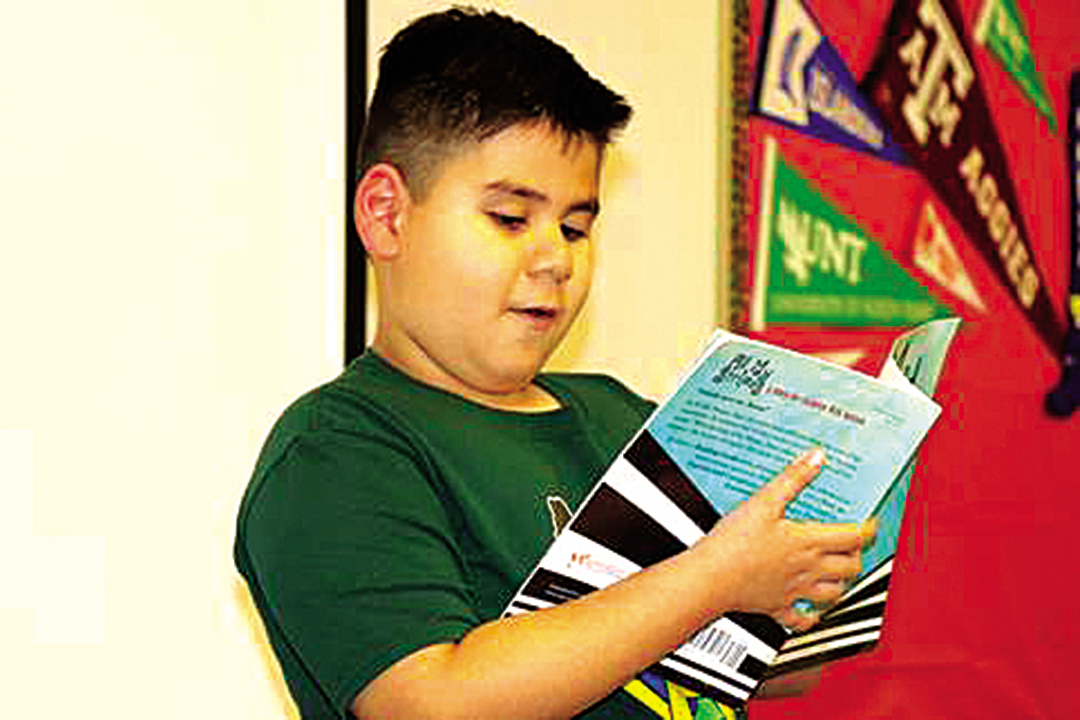 On the morning of April 1, the beginning of Autism Awareness Month, Alvaro was reading “All My Stripes,&rdquo; an educational children&rsquo;s book by Shaina Rudolph and Danielle Royer, about Zane the Zebra, a special foal who happens to have autism.

According to the National Institute of Mental Health, autism spectrum disorder is “a developmental disorder that affects communication and behavior&rdquo; and “there is a wide variation in the type and severity of symptoms people experience.&rdquo; It covers several conditions, including challenges with social skills, repetitive behaviors, speech and nonverbal communication, as well as individual strengths and weaknesses.

Alvaro was diagnosed with autism in 2016, and found a new understanding of the spectrum, and who he is as a person, from “All My Stripes.&rdquo;

“I began to learn more about myself,&rdquo; Alvaro said. “We [Zane and I] both have autism, and he&rsquo;s the one that taught me about myself.&rdquo;

Zane is a zebra that, in the beginning, feels different from classmates and worries that his differences will make him stand out. With the help of his mother, Zane realizes that autism is one other part of himself to appreciate.

“I&rsquo;m special, I didn&rsquo;t have to be the same as everyone else,&rdquo; Alvaro said. “So I learned that being me is actually a great thing.&rdquo;

It was on their routine drive in the morning on April 1 that Alvaro brought up the idea of telling his classmates about Zane the Zebra.

“He was reading that book on the way to school, and he said it himself,&rdquo; Flores-Ramirez said. “He said, ‘Mom, I wish I could read this to the kids, to my friends, to the kids in my class so they could see what it&rsquo;s like for me sometimes.&rsquo;&rdquo;

Flores-Ramirez called the school and met with the school principal and counselor to see if this was a possibility for Alvaro, and after some organization he was able to read “All My Stripes&rdquo; out loud to his classmates on April 30.

After waiting one long month, Alvaro was ready. He practiced at home, and by the time that Monday rolled around he was excited to show his classmates this part of himself.

“I was planning on making him notecards and all these things,&rdquo; Flores-Ramirez said. “And he said, ‘No, I already know what I&rsquo;m going to say. I already have everything down.&rsquo;&rdquo;

“I was born ready!&rdquo; Alvaro chimed in.

Once he read the book, he helped a special education representative teach his peers about the nuances of
autism, and how it is varied in each person who has it.

“I think they liked it,&rdquo; Alvaro said. “You can learn a lot from books. Not many people know [about autism], and I want to spread the word. Because not many people really get me. So I want to tell them the big secret.&rdquo;

With positive feedback from his teachers and his friends, Alvaro, his mother and the MCISD Special Education Department have bigger plans for next year&rsquo;s Autism Awareness Month. Alvaro wants to read “All My Stripes&rdquo; to all the grade levels, and wants everyone to hear the message it has to offer.

Flores-Ramirez, who has been a teacher for 12 years, said that in the last three years they have noticed an increase in students who are diagnosed with autism.

“After his diagnosis, we try to keep up as far as what&rsquo;s going on in the medical community,&rdquo; Flores-Ramirez said. “Because every day is a different day.&rdquo;

Alvaro sees a counselor outside of school once every other week in order to refine his social skills, but gets along with everyone. He spoke about his many friends, and can remember something unique about every person he meets.

Along with counseling, the special education department at MCISD is in communication with his parents, and are able to find healthy coping mechanisms, such as daily schedules.

“I think it&rsquo;s imperative that there is that awareness,&rdquo; said Esmeralda Espericueta, who is part of the MCISD special education department. “And like now, within his classroom, I&rsquo;m sure the entire year, the class has gotten to know him and how they can help him to be successful within his environment. It&rsquo;s a learning experience, not just for the teachers, but for the peers.&rdquo;

Alvaro is a straight “A&rdquo; student in the first grade, and is part of the Gifted and Talented Program at Escobar/Rios Elementary. With his own private YouTube channel, and his passion for movies, drawing and coloring, books, reading and science, Alvaro is constantly doing his own research and finding his favorite creative outlets that motivate and encourage him.

When asked what he wants to be when he grows up, his mother says it changes every week based on what he is feeling. His parents cheer him on in everything, and with his love for illustrating, creating characters and zoology, his options range from a paleontologist to a filmmaker to an artist.