The Mission Consolidated Independent School District held a special meeting on Wednesday in order to canvass the votes and swear in members of the new board of trustees for the 2018-2019 school year.

Sylvia Cruz, an officer of the local canvassing authority, read the votes each candidate received, and announced the winners of the election. 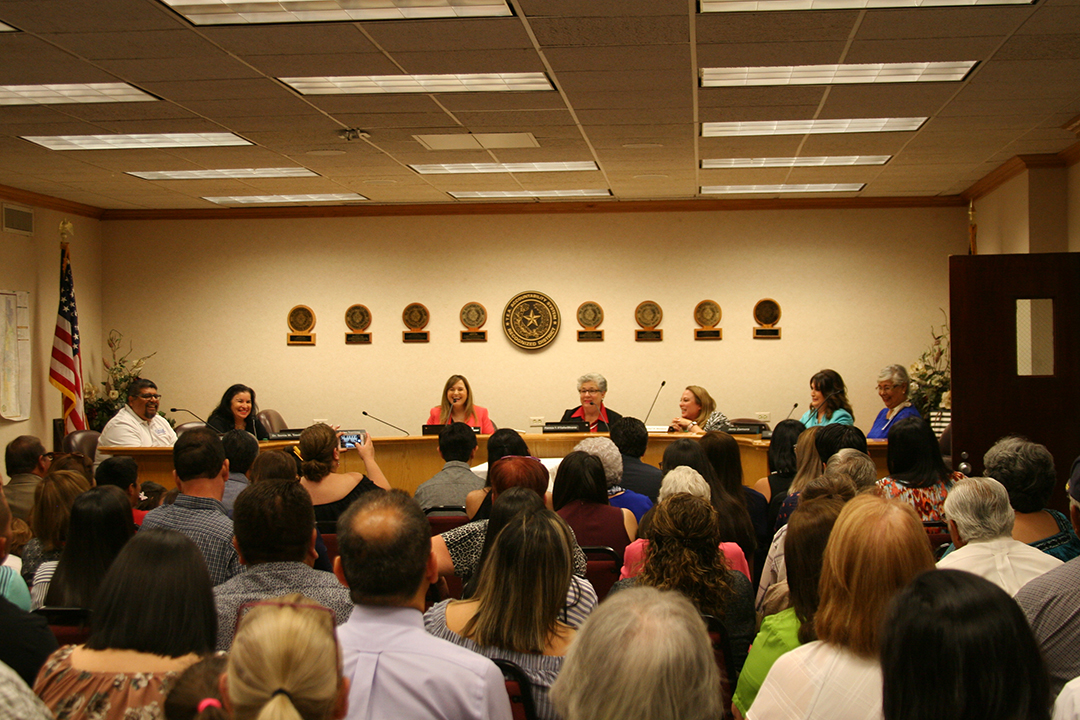 “I want to thank the community for supporting me and placing their trust in me,” Mendoza said. “I pledge to you that I will work as hard as I can to make Mission Consolidated Independent School District a better district.”

“I want to express my heartfelt thanks to the voters,” Ramirez said. “I am honored and humbled that you have placed your trust in me one more term. With your trust, I will work tirelessly for what’s in the best interest of our students and employees.”

“I am honored and humbled to stand before you and thank the community that saw me as someone to re-elect for another term,” Rodgers said. “I will continue to work with pride and dignity to improve concerns from educators, students, janitors, bus drivers, maintenance workers and all employees of our district. I will also work as a team.”

The MCISD Board of Trustees was reorganized. Petra Ramirez will serve as board president, Charlie Garcia as vice president and Minnie Rodgers will act as secretary.