An investigator who resigned from the Hidalgo County Sheriff’s Office amid a sexual harassment investigation found a new job with the Alton Police Department last month.

Inv. Heriberto “Eddie” Sanchez resigned from the Sheriff’s Office in July 2016 after a female deputy accused him of sexual harassment. 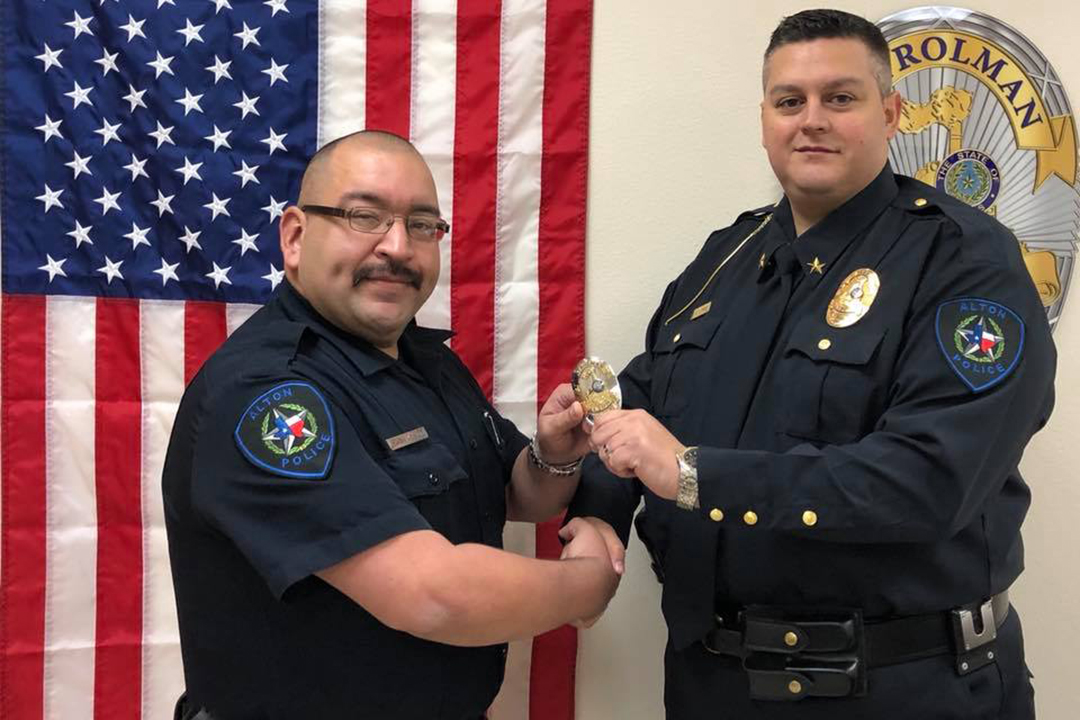 “People in their law enforcement careers are going to make mistakes and I believe that they deserve a second chance to redeem themselves,” Flores said. “And this is Eddie’s opportunity to rectify some of the mistakes that he’s made in his career.”

Sanchez resigned from the Sheriff’s Office on July 27, 2016 — the same day a female deputy filed a sexual harassment complaint against him.

Records released by the Sheriff’s Office don’t include the female deputy’s name or any identifying details about her.

During an interview with an internal affairs investigator, Sanchez admitted to misconduct.

“Investigator Sanchez stated that he was aware that his actions while on duty were inappropriate, but that he believed what he did was consensual,” according to the investigation report.

The internal affairs investigation also uncovered evidence of a personal relationship between Sanchez and the female deputy, which complicated the sexual harassment complaint.

During her initial interview, the female deputy denied she had any kind of non-professional relationship with Sanchez, according to the internal affairs investigation. In a subsequent interview, though, she acknowledged sending a sexually explicit photo to Sanchez.

“It was something — a mutual relationship that later became a complaint,” Sanchez said, adding that he cooperated with the internal affairs investigation and answered all the questions honestly. “I showed proof to where it was not what she claimed, to the full extent. She did omit some facts. And to basically take care of the problem, I chose to resign.”

Sanchez said he took all the blame for what happened and attempted to move on.

“And I took it like a man,” Sanchez said.

After leaving the Sheriff’s Office, he worked at a refinery in Oklahoma. Sanchez later returned to the Rio Grande Valley and took a job with Alton on April 10, according to Texas Commission on Law Enforcement Records.

“I am a firm believer in second chances,” Sanchez said, adding later: “It’s been two years. I’ve earned the right to come back to law enforcement.”

While the city conducted a background check, which included contacting the Sheriff’s Office, the police department didn’t request a copy of the internal affairs investigation.

Flores said he trusted the Sheriff’s Office, where he worked for more than six years, to provide accurate information during the reference check. He also knew Sanchez by reputation.

“We weren’t friends,” Flores said, adding that they worked different shifts. “We were acquaintances at best.”
Sanchez’s reputation for hard work convinced Flores that he deserved a second chance.

“He always displayed a tremendous work ethic that he has brought with him here to Alton,” Flores said. “So that’s why it wasn’t difficult to afford him a second chance, even though he did make a mistake — was because of that work ethic and the level of professionalism that he displays, not only with his peers but with the
community.”