*This article originally appeared in the Friday. May 25 edition of the Progress Times*

In the last year, Palmview residents have seen lots of road construction work around the city as the crews lay down sewer lines for the Palmview Wastewater Project. Now, those residents will begin to see freshly paved roads in the city-signaling relief for them according to officials.

Last week, the city held a groundbreaking ceremony for the street paving project. This project will repave 20 miles worth of streets dug up by crews contracted by the Agua Special Utility District to lay down sewer lines all over the city. 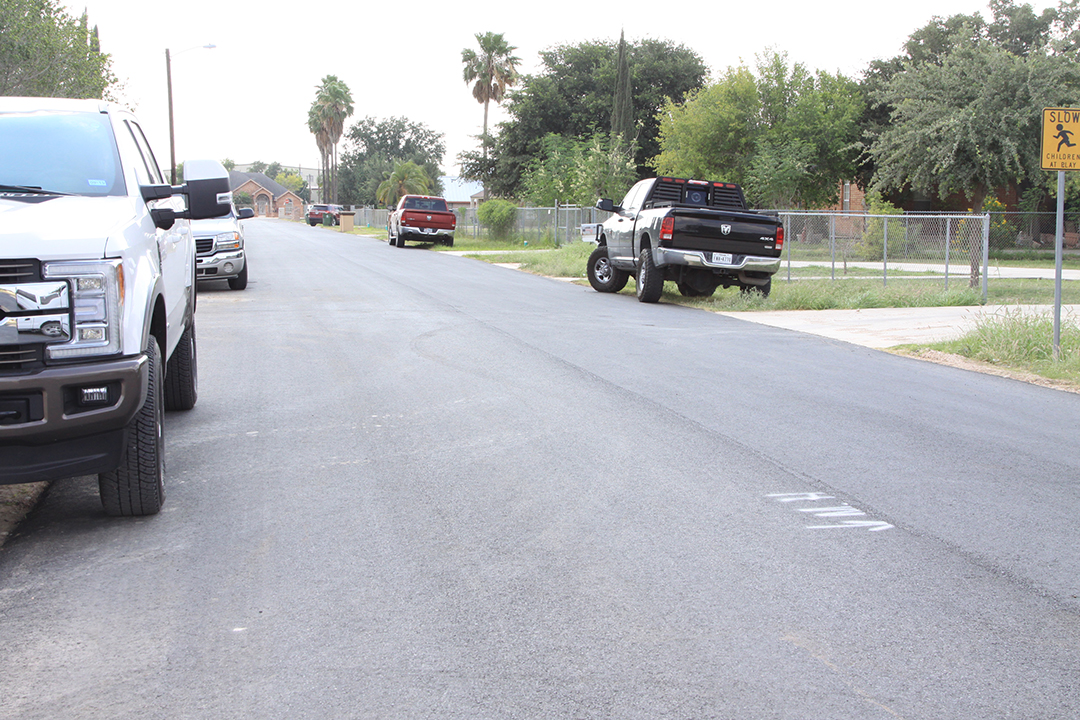 “[The Wastewater Project] is a project we hope will get accomplished by early next year to provide sanitary sewer to the city of Palmview,&rdquo; Agua SUD interim General Manager Eddie Saenz said. “We are servicing the citizens and we thank them for their patience. It&rsquo;s the beginning of the end for the project, we&rsquo;re almost there.&rdquo;

“It&rsquo;s a long wait, but it&rsquo;s here,&rdquo; Palmview Mayor Gerardo “Jerry&rdquo; Perez said at the groundbreaking. “The citizens needed to have these streets and roads and like the sewer project, it was due.&rdquo;

The groundbreaking came more than two months since the city and Agua SUD- the utility district in charge of handling the $42 million project-signed an interlocal agreement to repave the streets.

The interlocal agreement, which was approved last March, stated the city would pay for the repaving of all the streets that were dug up as part of the project through a $2.8 million bond the city issued last December.

Originally, contractors hired by Agua were set to only replace the part of the road that was dug up by crews instead of repaving the whole roadway, Saenz said. This caused the city to look for a third party to repave the whole road.

Ultimately, the city picked the Pe&ntilde;itas-based construction company 2gs LLC to repave the streets. 2gs&rsquo; owner, Beto Garcia, said the status of the streets had many residents complaining to the city and Agua SUD as they were heavily damaged by the construction.

“The citizens have approached us wondering when their streets would be paved and when the project would see progress. It&rsquo;s finally here,&rdquo; Garcia said at the groundbreaking. “We&rsquo;ve come to the tail end of it but like I always tell residents, the construction gets worse before it gets better. It&rsquo;s almost there, bear with us, we are here to help.&rdquo;

By the end of this week, an additional seven streets will have been turned over to 2gs for them to repave, Garcia said.

According to Saenz, the Palmview Wastewater Project is 60 percent completed. The final phase of the project will be to connect the sewer system to Mission&rsquo;s Wastewater Treatment Plant.

“We&rsquo;re looking to have that connection completed by early next year to start connecting to homes,&rdquo; Saenz said, “We&rsquo;ll be able to start flushing soon and maybe in the future, connect more homes to the plant besides the ones we are currently connecting.&rdquo;