This article originally appeared in the Friday, June 1,2018 issue of the Progress Times

Sullivan City welcomed summer with a ribbon-cutting ceremony for the new splash pad at Memorial Park on Tuesday.

Construction on the splash pad — a water playground for children — started last year. 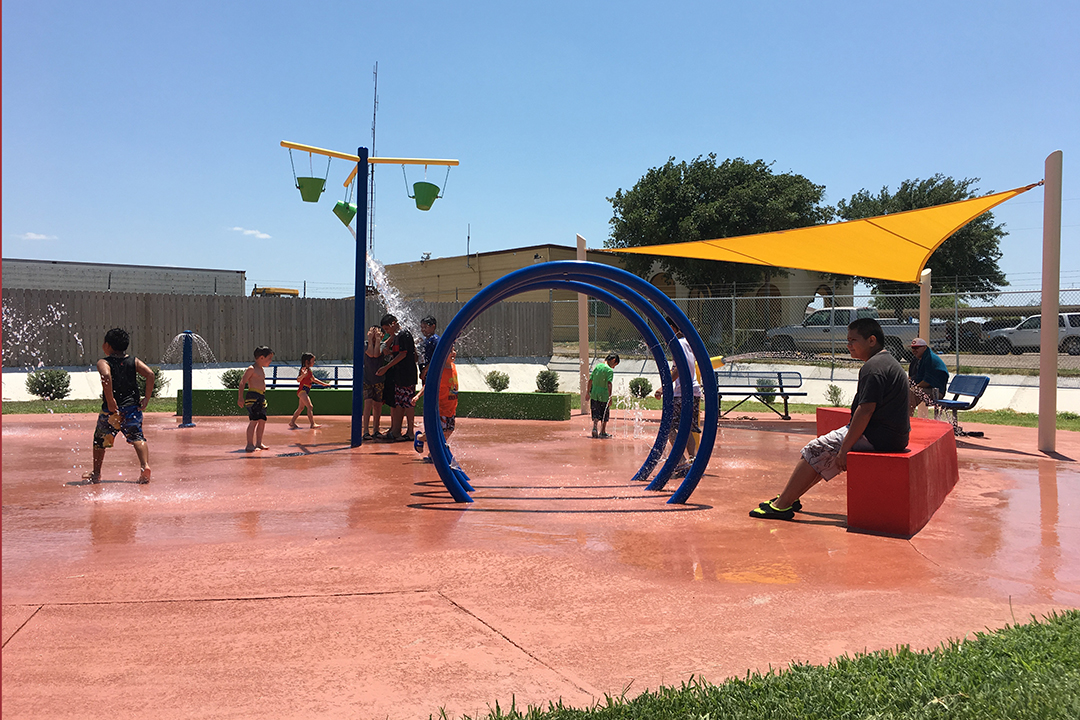 “It’s an incredible feeling,” Garcia said. “Just to see these kids out there enjoying it.”

Sullivan City paid for the splash pad through the Urban County program, which distributes Community Development Block Grant funding from the U.S. Department of Housing and Urban Development.

The city also received a $37,500 grant from the Texas Parks and Wildlife Department.

Sullivan City, though, completed the splash pad project without the Parks and Wildlife grant. With approval from the state, Interim City Manager Richard Ozuna said the city will spend the money on new lights and bleachers for Memorial Park.