A little after two months since breaking ground, progress is being seen at the Leo Peña Placita Park to make the park ADA compliant and move the amphitheater to the west side of the park.

Located at the corner of Business 83 and Conway Avenue, the park has been undergoing renovations that will make it match the recent Streetscape Project done a couple of years ago to brighten up the downtown Mission area, according to Mission City Manager Martin Garza. 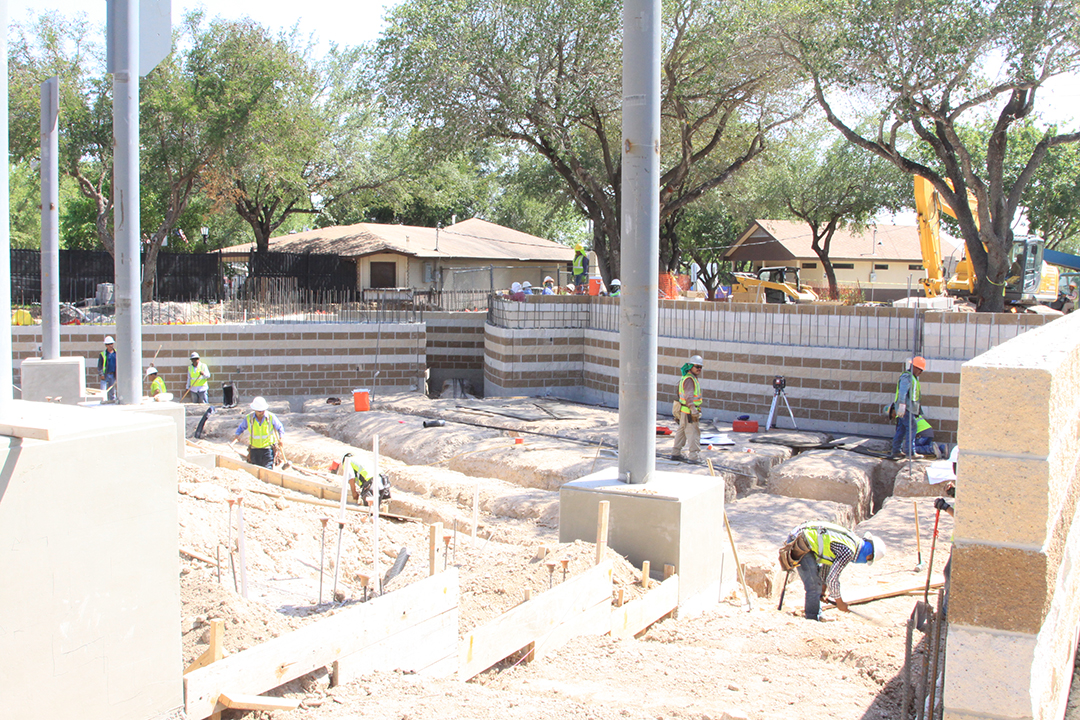 “Leo Peña Placita Park is not a small project,” Garza said. “It’s not just renovating a park, it’s also supporting our cultural events that we normally have there and part of our downtown improvement project. We’re dealing with several issues here.”

The $1.4 million project was approved during a Mission city council meeting last January. Federal funds from the Lower Rio Grande Valley Development Council will pay for $746,759 and the city of Mission will fund the final $698,114 through a mix of money from their general fund balance, leftover funds from a a 2009 bond and a drainage assessment at no expense to the taxpayer, Garza added, noting that the city’s finance department has been awarded the Certificate of Achievement for financial Reporting from the Government Finance Officers Association for the past 15 consecutive years.

As part of the renovations, the amphitheater would be changed so that the stage is on the west side of the park instead of in the center. The new design would allow for more seating in the amphitheater in grassy areas where people could bring their lawn chairs and sit if they did not want to go down into the amphitheater.

Access to the theater will be via stairs or by ADA approved ramps so people with limited mobility will be able to get up and down without difficulty.

A large, citrus-colored canopy will cover the amphitheater seating area to provide protection from the rain and the sun as well. Garza said demolition would be done “in-house” by city employees to save on the cost of the project.

So far, crews from McAllen-based D. Wilson Construction Company have laid out the foundation for the amphitheater, the hardest part of the project-construction Manager Roger Perez said, adding that the park should be ready by late August.

“We’re within budget and on schedule, we want to continue to have an outdoor performances here,” Garza said. “The park is known for having several events such as the Winter Texan Welcome and the National Night Out, we want to keep those events here as we work to beautify the city.”