The drop box is meant to be a proper disposal method of prescription medications no longer being used by a person. This particular drop box will only accept pills. 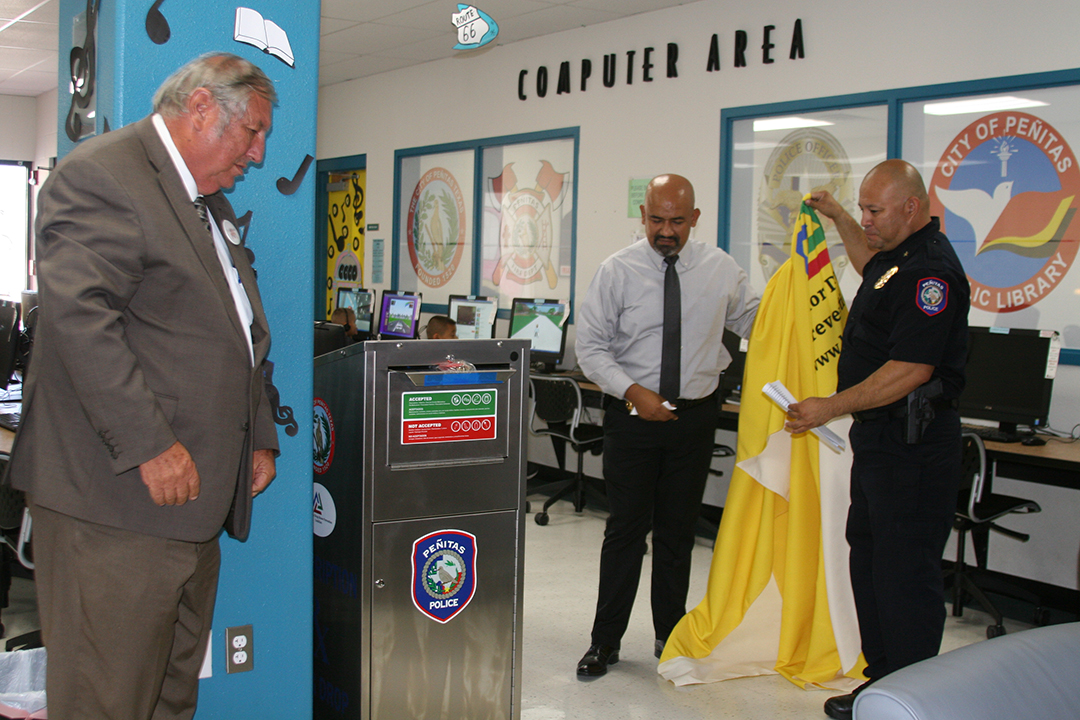 “Everything we do is in regards to prevention, specifically substance abuse, and substance use such as underage drinking and prescription drugs,” Vyeira said. “It’s something that’s accessible to the community, it’s safe and it provides them with an alternative way of disposing of medication.”

Vyeira said that proper disposal of prescriptions is vital to the safety of the community – throwing medication in the trash means it is still accessible for other people who may abuse it and it can contaminate the natural environment. If it is thrown in a sink or toilet, it can also end up polluting the area.

“As far as pills go, that’s why we have the drop boxes,” Vyeira said. “It won’t take liquids, it won’t take syringes, so no liquids or sharps. It’s just pills for now, but we still feel that’s at least a step in the right direction as far as reducing that accessibility.”

The permanent prescription drop box also displays what kind of drugs can be disposed of and what drugs will not be allowed. According to Vyeira, at the various events hosted by the ADAP Coalition, people have been asking for this kind of drop box.

“Hopefully it will encourage them and empower them to do something proactive in their own homes,” Vyeira said. “Whether they have children or not, prescription drugs can be misused and abused not just by youth, but also adults. So we want to make sure we are reducing that accessibility all across our community.”

The project was grant funded, and therefore did not cost the city any money to install. The medication left at the drop box will be removed and cataloged by the police department and then subsequently picked up by a member of the ADAP Coalition, who will then take it to the Drug Enforcement Administration (DEA) for proper disposal.