Arriaga took the oath of office Monday afternoon at the utility district headquarters in Palmview, where a standing-room-only crowd witnessed the swearing-in ceremony. 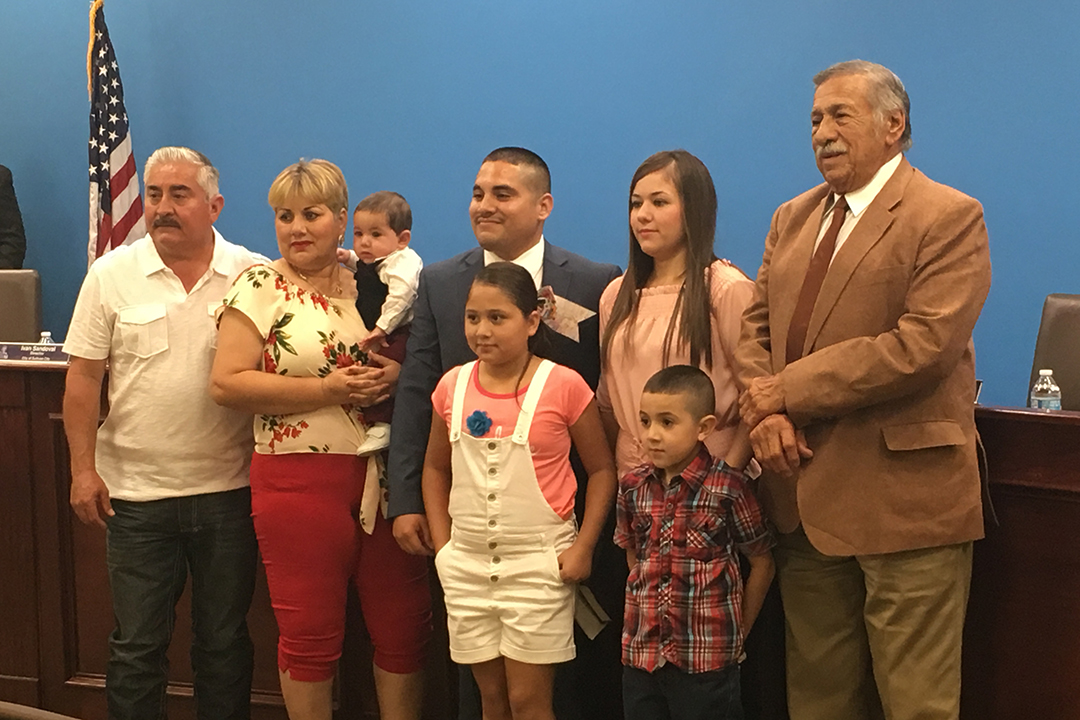 “I do want to thank all the people that voted for Adolfo Arriaga,” said La Joya Mayor Jose A. “Fito” Salinas, who administered the oath. “He’s making history today because La Joya has never had a representative on this board.”

More than 15,000 customers in western Hidalgo County depend on the utility district for water and sewer service.

The utility serves a small part of Mission, Palmview, Peñitas, parts of La Joya, Sullivan City and a slice of Starr County.

When the Texas Legislature created the utility district, lawmakers set aside four seats on the seven-member board for city residents and three seats for rural residents.

Mission, Palmview, Peñitas and Sullivan City received seats on the board. La Joya residents already had a separate, city-run utility system — so lawmakers didn’t set aside a seat for them.

Recent annexations, however, made the Havana community part of La Joya. Residents of Havana, along with people on the city’s east side and north side, depend on the utility district for water service.

That irked Salinas, who thought La Joya deserved a seat on the utility board.

“The citizens of La Joya have been neglected,” Salinas said, adding that the board didn’t adequately represent them. “And we feel that we should be part of what happens with Agua SUD.”

Parts of Mission served by the district had just 51 utility connections last year, but state law reserved a seat on the board for Mission.

Meanwhile, parts of La Joya served by the district had 324 utility connections last year. State law, though, didn’t reserve a seat for a La Joya.

La Joya forced the issue during March 2016, when the city filed a lawsuit against the utility district.

While the lawsuit flopped, the commotion caught the attention of state Sen. Juan “Chuy” Hinojosa, who authored a bill to address the city’s concerns.

Senate Bill 814 replaced a county seat on the utility board with a new seat for La Joya.

“The City of La Joya currently holds only 2% of the Agua SUD service connections,” according to a letter Cancino sent to state lawmakers. “Removing an at large seat would leave over 9,000 connections with 2 representatives instead of 3.”

“Now they’re going to have a voice,” said utility board President Roger Hernandez.