For Alyssa Mireya Garza, valedictorian at Mission High School, there is one thing at her high school she will not miss: construction. 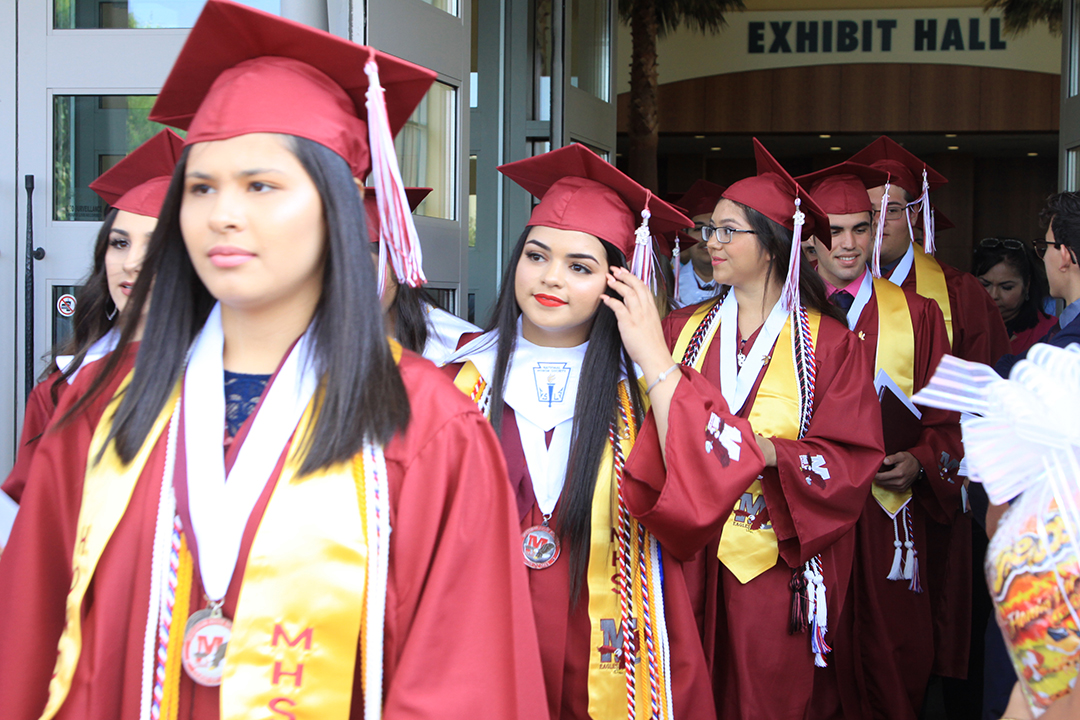 Garza said this before the commencement ceremony for graduating seniors held Thursday, May 31 at the McAllen Convention Center. Garza referred to the campus’ construction project that started in 2016 as part of a $33 million bond program to renovate the campus.

As part of this construction, the plan included building 38 classrooms, a new cafeteria with capacity for 1,000 students, a new agricultural sciences building, an expansion of the old band hall to incorporate all fine arts and a new entrance with a more centrally located administrative office area.

Because of this construction, the 2018 Mission High School graduating class had a nickname, according to Principal Edilberto Flores.

“This class will forever be remembered as the class of construction – and they know what we’re talking about,” Flores said. “They’ve done four years of school in a place of constant changes on campus due to construction. Their endurance, perseverance, uplifting attitude will be the catalyst for their success. This class will be missed.”

In her speech to the graduates, Cris Valdez, the district’s interim superintendent, urged the students to reflect on the legacy they leave behind.

“We’re here at the cusp of your next years of your life as you leave a legacy at Mission High School,” Valdez said. She then quoted a line from the acclaimed Broadway Musical “Hamilton.”

““What is a legacy? It’s planting seeds in a garden you never get to see,” Valdez said. “Your Mission High School seeds have been planted; believe that they will grow as an outcome of the settings we’ve all created. It’s been a delight sharing this remarkable journey with you and I guarantee that even though this journey with Mission CISD is coming to its grand finale, you will be remembered.”

“I’ve been preparing for this since I was in the fourth grade but it doesn’t feel real. I don’t think anything will settle in until I’m onstage about to give my speech and looking at all my friends and family,” Garza said. “It’s a good feeling to know everything you’ve worked for is coming.”

In her speech, Garza praised her classmates for surviving high school amidst all the ongoing construction, which she said is a sign of their endurance.

“We all have the potential to thrive and overcome adversities,” she said. “If we can survive these brutal years of construction and eating at the gym, we can do anything. As we begin this new chapter in our lives, it is essential to remember that when difficult times emerge, a positive time is coming shortly. After all, stars can’t shine without darkness. Now let’s go show the world what Eagles are made of.”