Mission Councilman Armando “Doc” O’Caña was elected mayor of the city in Saturday’s runoff election that saw him receive 51 percent of the votes, beating Salinas by 152 votes according to unofficial results from the Hidalgo County Elections department. 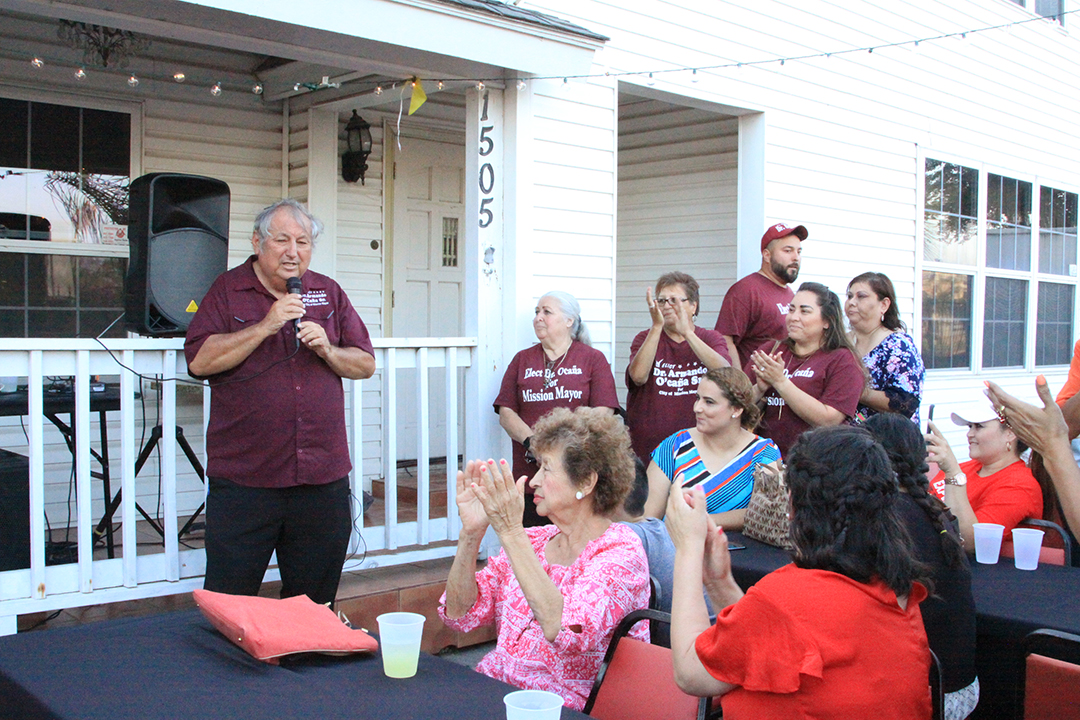 Both mayoral candidates entered into a runoff election after Salinas beat O’Caña during the May 5 general elections but failed to win the majority vote by three votes.

“I think the citizens of Mission are saying it’s time for change, time for something different, and that’s why they voted the way they did,” O’Caña said Saturday. “I’ve pledged that as mayor, I will continue all the projects we have going on to see them through completion, I do believe they’re good for Mission.”

O’Caña said he also plans to move the start of city council meetings from 4:40 p.m. to 5:30 p.m. and include space in the agenda for council members to have comments similar to the city manager’s and mayor’s comments the city agendas currently allow for.

“The key word around everything we will be doing is collaboration,” O’Caña said. “I want everyone to think outside the box. If you think within the box, if you do the same thing, you’re just gonna have the same results…”

Though he was unavailable to comment for this story, Salinas addressed his supporters Saturday during a party at Mission Bell RV Resort.

“I’m happy with the results, I’m happy things came out the way they did, God wanted it to happen this way,” Salinas told the crowd. “I’ll spend more time at the ranch and with my business and friends. I just want you all to know not to feel bad this is just a stumbling back that we might get up and go somewhere else, but I’m not going to tell you I’m not going to do it anymore. I’m going to stay involved in politics, I’m going to continue to help development in the city.”

“It’s a little overwhelming, that’s for sure,” Martinez said of his victory. “I will finish out the last two years of O’Cana’s seat, there’s a lot of gratitude and appreciation for supporters and a deep promising hope for the future.”

O’Caña said after finding out the results, Salinas gave him a concession phone call promising to help him with the transition period.

“On Monday, we have to get to work to bring Mission back to the people,” O’Caña said. “The future is upon us. Here we are and we’re going forward.”