When the Agua Special Utility District hired a new engineer last week, the board went with a familiar face.

The utility board hired Emigdio “Milo” Salinas, the president of McAllen-based M2 Engineering, during a meeting on June 4. 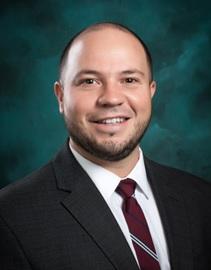 “He’s a man who has a good head on his shoulders. Very conscientious,” Saenz said, adding that Salinas will make a solid district engineer. “I think he’s someone that will come in and give us some good insight and recommendations.”

The youngest of five children, Salinas tagged along when the family traveled to Michigan for construction work.

The boys learned about construction from their father, Salinas said in an email, adding that he emphasized hard work.

The owner, Richard LeFevre, promoted him from project engineer to vice president. Salinas resigned from LeFevre Engineering in June, when the utility board named him district engineer.

“It is my preference not to discuss past employments with any particular clients, and instead show my deep gratefulness to have been given the opportunity to be the Engineer of Record for the Agua Special Utility District,” Salinas said in an email. “I look forward to this new episode in my career, and expect to work hard to provide the best service as possible.”

Salinas incorporated M2 Engineering in January 2018, according to records filed with the Texas Secretary of State’s Office. The company registered a web address in April.

When he worked for LeFevre Engineering, the company had contracts in Peñitas, Palmview and Sullivan City.

Salinas handled several major projects for Peñitas, coordinating with Hidalgo County Precinct 3 and the Texas Department of Transportation to make sure everything went smoothly.

“He’s very competent as an engineer,” said Peñitas City Manager Omar Romero. “And I have full faith that he’s going to bring that knowledge and experience to his position with Agua SUD.”

When the utility district needed a new general manager in September, the board hired LeFevre — who immediately hired Salinas, the vice president of LeFevre Engineering, as interim assistant general manager.

“While I understand that the current Interim General Manager is Richard LeFevre, it is clear he is not carrying out his responsibilities. He has independently hired Milo Salinas, the Vice President of his company LeFevre Engineering & Management Consulting, to run things at Agua SUD on a contract basis,” Hinojosa wrote to Hernandez. “He has already paid Mr. Salinas $18,000 of taxpayer funds without any approval or even notice to the Agua SUD Board of Directors.”

LeFevre resigned the following day, blaming a “genetic medical condition” that left him unable to handle the position.

The utility district disputed how Hinojosa characterized the situation.

Asked about the letter, attorney Frank Garza, who represents the utility district, responded by email on Dec. 20.

LeFevre had the authority to hire Salinas without board approval, Garza said. Salinas also briefed the utility board about the Palmview sewer project, Garza said, adding that members of the board who attended the meeting knew Salinas worked for them.

Amid the controversy, Salinas resigned from the utility district. He submitted a three-page memo summarizing his accomplishments.

Salinas handled parts of the Palmview sewer project, negotiating with contractors to reduce the cost of connecting vacant lots, according to the memo. He also reworked plans to build four lift stations, finding a cheaper solution that saved about $760,000.

After resigning from the utility district, Salinas managed a separate sewer project for the city of Palmview.

That project, though, stalled last month, when a judge ruled the city couldn’t proceed without permission from the utility district.

Salinas quit LeFevre Engineering in June and announced the move with a mass email to clients.

“It has been an absolute pleasure to have worked with you and I thank you for a great business relationship during my time at LEMC,” Salinas wrote, according to a copy of the email obtained by the Progress Times. “I sincerely look forward to amicable relationships with everyone I have ever cross paths (sic) with, and look forward to what the future brings.”