The La Joya Independent School District reorganized their board of trustees during last week’s board meeting.

The decision was unanimous, with the board voting Armin Garza as president, Claudia Ochoa as vice president and Alejandro Cantu as secretary. The superintendent, Dr. Alda Benavides, along with each board member, thanked Oscar Salinas, the former president, for his work during his term. 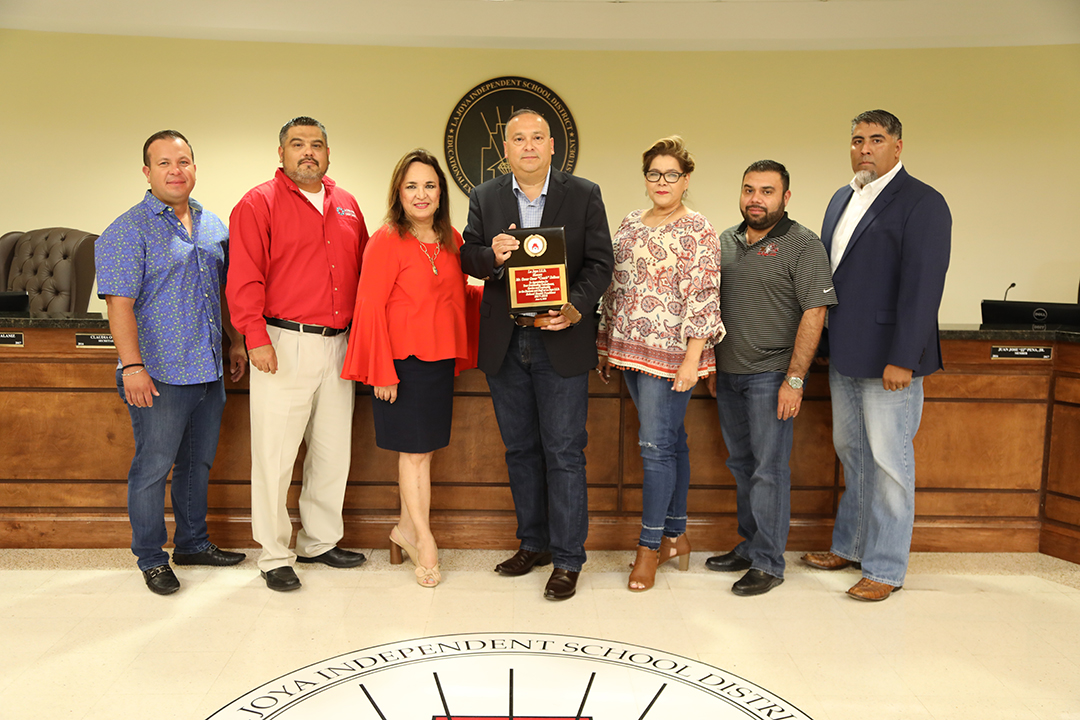 “Any time we have an opportunity to work with a board president, we get to really know them,” Benavides said. “And I really enjoyed working with Mr. Salinas. He’s always super enthusiastic, so he kept me on my toes.”

Garza said that he had big shoes to fill, and was looking forward to serving the district as board president.

“I want to let everybody here in our community and school district know that I’m honored and privileged to serve as school board president,” Garza said. “Please know that next year, my office will be focused on curriculum instruction and organizational health. Rest assured that I will be an advocate here for everyone.”

The school board also listened to a presentation by LJISD Energy Director Lloyd A. Loya about an update on a proposed solar panel project that was originally supposed to begin two years ago.

Loya said that the district had taken bids in 2016 to begin a solar panel installment project over 1500 parking spaces in the parking lots of several LJISD buildings. According to Loya, Air Wind & Solar, LLC had originally been chosen and contracted to install 13.2 megawatts of paneled covered parking spots.

“On March 9, 2016, the district approved to enter into a 20-year agreement with Air Wind & Solar,” Loya said. “Unfortunately, a few weeks after the contract was approved, Air Wind & Solar… I don’t want to say backed out, but they reconsidered, and they just never showed up for work. It’s been over two years, and this information was relayed to me by the previous energy director.”

Loya was recently contacted by Eagle Electric, who said that Air Wind & Solar had passed the contract to them.

“They’re claiming that Air Wind & Solar assigned and transferred the contract to them,” Loya said.

The energy director consulted the legal team, and they decided to allow Eagle Electrics to conduct an assessment, since it was at no cost to the district.

“After an extensive review, Eagle Electrics determined that the 13.2 megawatts was way too much,” Loya said. “They proposed anywhere from two to three megawatts total installation, which is a drastically different amount than the original contract.”

The board decided to re-bid the project, and will be looking into new contracts in order to maximize savings and get more energy in the district.