After seeing spotty showers throughout this week, Thursday was met with flooding that stopped traffic and put the City of Mission at a standstill.

Hidalgo County Judge Ramon Garcia signed a local disaster declaration in which he and Senator Juan “Chuy” Hinojosa sought a declaration from Governor Greg Abbott in order to send aid to the county to assist with the damage and loss of property that came as a result of the rain. 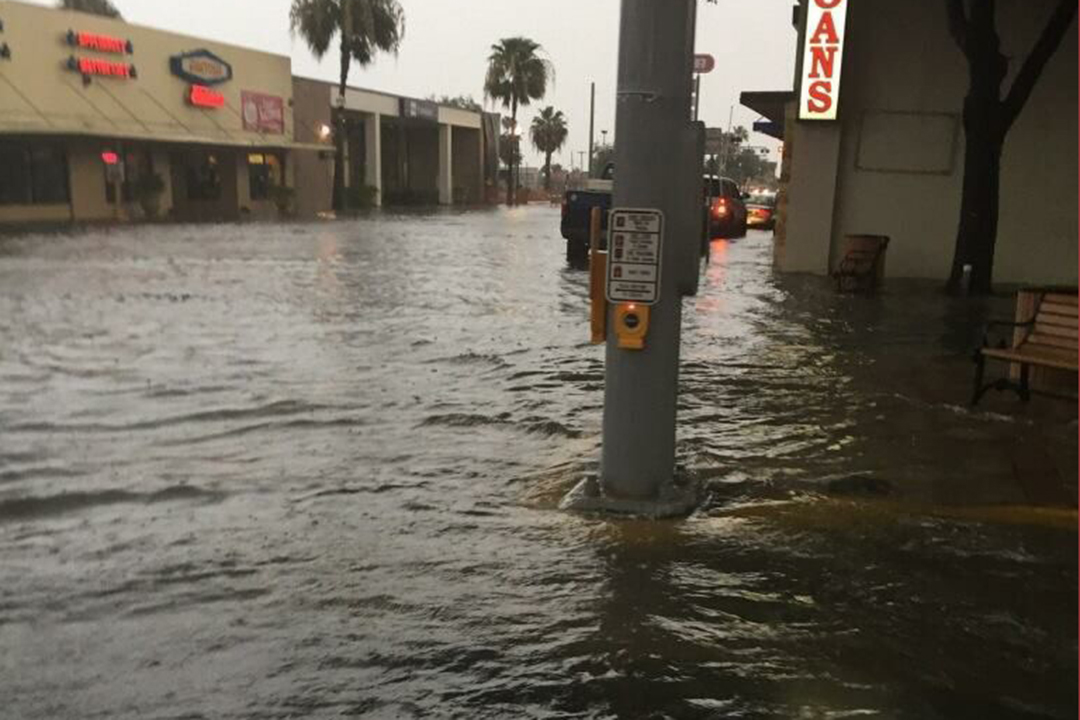 Mayor Dr. Armando O’caña also requested that Governor Abbott declare Mission in a state of emergency, saying that “this incident is of such severity and magnitude that an effective response is beyond the capability of the City of Mission to control.”

Thursday morning, several roads in the Mission and Sharyland areas were blocked off. Closed roads included Inspiration at Expressway and Frontage, Stewart Rd. from Bus 83 to 495, Business 83 from Holland to Los Ebanos and 495 from Bryan to Mayberry.

There was standing water throughout the city that was spraying in multiple directions when people drove through flooded areas. Drivers were encouraged to go home and stay off the roads in order to prevent water damage and flooding in lower level buildings by the roads.

1st and Conway was closed in all directions. Completely flooded roads included Frontage Rd. going eastbound between Conway and Bryan and Business 83 between Moorefield and Inspiration.

The city also told citizens to remain cautious in the area of 2 Mile Line and Inspiration Rd. There was standing water in all directions on 495 East and West, and the road between 2 Mile and 3 Mile on Shary Rd. was also underwater.

First responders did their best to offset the effects of the rain and help the people of Mission. A shelter for people was made available at the Parks and Recreation Department in Mission and the Alton Recreation Center, and people were asked to “remain patient” as they were receiving “hundreds of calls at a time” for evacuations, according to a post on Facebook by the City of Mission.

As time passed, the city kept citizens updated through the social media platform. Eventually, they closed Taylor Rd., Shary Rd., Glasscock and Stewart South of 495, also due to flooding. According to the city, this was an “atypical emergency situation.”

Additionally, the Mission Boys and Girls Club closed and did not conduct any classes or meetings.

These floods in Mission follow the severe weather that flooded Weslaco, and several reports stated that La Joya, Peñitas, Palmview, McAllen and Edinburg were greatly impacted by the storms this week.