Despite signing a letter of intent to run track at the Missouri-based Central Methodist University, a Mission High School graduate will still represent the Eagles thousands of miles away.

Alex Cordova signed the LOI Tuesday at a signing ceremony at Mission High School where he agreed to run track for the CMU Eagles. 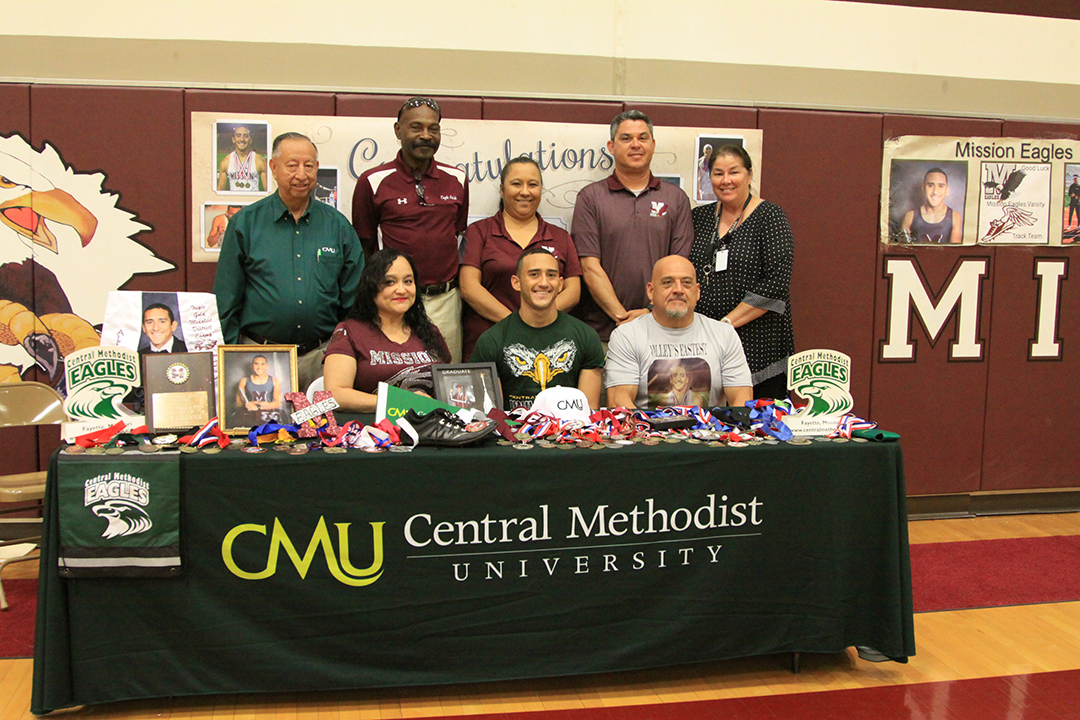 “Once an Eagle, always an Eagle,” Cordova said.

Among Cordova’s achievements in his last school year alone is being named a State Qualifier, placing 7th in the 400 meter run in the State Meet, being named a regional and area qualifier and the Valley’s Fastest in the 200 and 400 meter runs.

Cordova said he is excited to compete at CMU where he plans to study pre-law.

“I want to help people as a lawyer and plan to do my four years there before transferring to St. Mary’s or UT to continue with law school,” Cordova said. “I’ll gain a lot at CMU while staying with my Eagle colors.

According to Ben Lopez, the CMU recruiter present at the signing, Cordova is the first student from Mission High School to be recruited to CMU.

“He’s one of the fastest runners in the Valley, he will be named an All-American athlete after his first year, that’s how good he is,” Lopez said. “The coaches at CMU are waiting for him, he will go to a good program.”

Cordova is officially the last student athlete of the 2017-2018 school year to have a signing, Daniel Longoria, the campus’ head track coach said.

“I came here only last year but he’s made such an impression on me,” Longoria said. “He’s a hard worker and so extraordinarily competitive, he hates to lose. He will be one of those athletes who will make his teammates better. He will push them and consequently they will push each other. He will be in a good place at CMU.”