For Nyla Vela, attending Rice University has been her dream for as long as she can remember.

The valedictorian of Veterans Memorial High School’s Class of 2018, Vela has spent her summer before heading off to college working at the Mission Historical Museum. Ready to explore a new chapter in her life, Vela is both excited and nervous to head out. 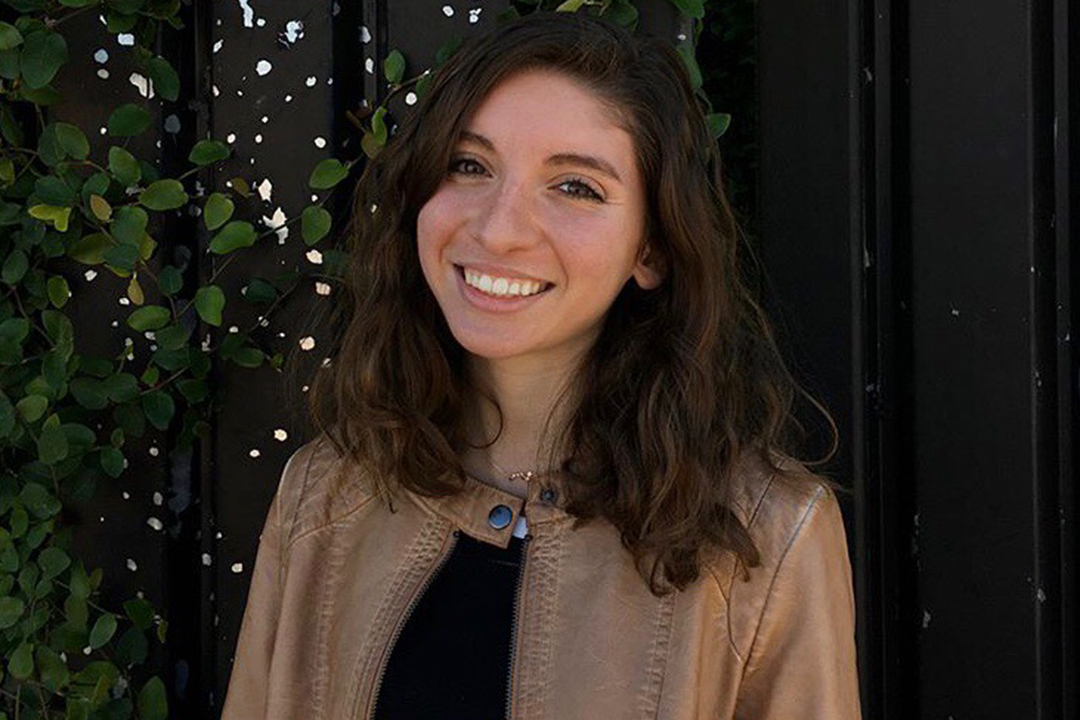 “I feel like just going to Rice is really daunting,&rdquo; Vela said. “But everybody there makes you feel so comfortable, and there&rsquo;s so many resources to help you.&rdquo;

Vela ran cross country and track for all four years she attended high school, and also participated in HOSA (Future Health Professionals), National Honors Society and Destination Imagination. While she enjoyed her time at VMHS, she is ready to begin the next level of education.

“I think being in college is going to be a testament to myself,&rdquo; Vela said. “There&rsquo;s that quote, they say it a lot in sports, when somebody gets a world title or a grand championship or something, ‘Okay, now you have to do it again to prove to everybody that you weren&rsquo;t just lucky.&rsquo; So I feel like that&rsquo;s what I&rsquo;m doing when I go to college, proving to everybody that it wasn&rsquo;t just luck, that I did it because I deserved it, because I put in the work too.&rdquo;

When Vela was in junior high, she experienced partial paralysis in her leg from her knee down, and as an avid runner, was devastated. When visiting local doctors to try and determine the issue, no one could find the answer.

“I&rsquo;ve been doing track and cross country and running since the third grade, that was my first love,&rdquo; Vela said. “So when that happened to me, it was this giant obstacle, this thing that was going to hinder me from meeting all the goals I wanted to in my high school sports.&rdquo;

Vela plans on studying neuroscience at Rice, and hopes to focus on the research aspect of the subject. Because she loathed the feeling of partial paralysis, she wants to work so that other people don&rsquo;t suffer as she did.

“I hated feeling that way, and I felt really bad about myself for a really long time,&rdquo; Vela said. “I guess I just don&rsquo;t want anyone else to feel that way. I don&rsquo;t think there&rsquo;s enough resources, especially down here in the Valley, there&rsquo;s not a lot. So I want to spread out across the neuroscience field to bring it to other parts of the world.&rdquo;

The youngest daughter, Vela&rsquo;s older sister has already left home for Texas A&M University. Because of this, her parents are better prepared for Nyla&rsquo;s move to Houston.

After attending Houston Rockets games with her family her whole life, Vela&rsquo;s heart had been set on Rice University for a long time.

“Rice has been my dream school since I was seven years old,&rdquo; Vela said. “We used to pass by the campus all the time, it was always there, a part of my childhood. And they just started their neuroscience program maybe a year or two ago, so wow, what are the chances?&rdquo;

Vela is looking forward to the independence of college life, and is ready to be able to “do her own thing.&rdquo; More than anything, she will miss her dog.

“Not that being here with my parents and being young has hindered me,&rdquo; Vela said. “But I feel like once I get over there, I&rsquo;m going to be able to find out more about myself and figure out what I want to do with my life.&rdquo;

After obtaining her bachelor&rsquo;s degree, Vela aims to attend medical school in a scenic location, where she can run every day and take in the beauty of her surroundings. The VMHS graduate credits her grandmother for being her biggest motivator throughout high school.

“Every single time I would have a track meet or I&rsquo;d do the smallest thing, I&rsquo;d get a hundred on a test, and she&rsquo;d text me, ‘Just heard about the big accomplishment,&rsquo;&rdquo; Vela said. “And I was like, wow, I&rsquo;m just going to do this all the time because she makes me feel so good about it.&rdquo;

The driving factor in Vela&rsquo;s life, however, is her desire to be more than average and her fear of being mediocre.
“You always want to feel like you&rsquo;re the protagonist of your own story,&rdquo; Vela said. “You don&rsquo;t want to be the side character in somebody else&rsquo;s.&rdquo;

After learning a lot about herself during her senior year of high school, Vela discovered the importance of getting back up when you have fallen down. She said she wanted to encourage other students to enjoy the little things that life has to offer.

“School is about getting the knowledge you want, and learning about things you like to do, and learning new things,&rdquo; Vela said. “It shouldn&rsquo;t be about ‘Oh, you need to get a hundred,&rsquo; don&rsquo;t take it too seriously. Just relax sometimes. Enjoy all the little things. It&rsquo;s really clich&eacute;, but I think it&rsquo;s such an important thing to do, because without all the little things, you end up freaking out about everything else.&rdquo;