When former Hidalgo County Sheriff Lupe Treviño finishes serving a five-year prison sentence, he must pay a $10,000 fine handed down by the Texas Ethics Commission.

Treviño is scheduled for release on Jan. 15, 2019, according to the U.S. Bureau of Prisons — although the government may allow him to serve the last six months on home confinement, which would allow Treviño to leave the federal prison camp in Pensacola, Florida, during mid-July. 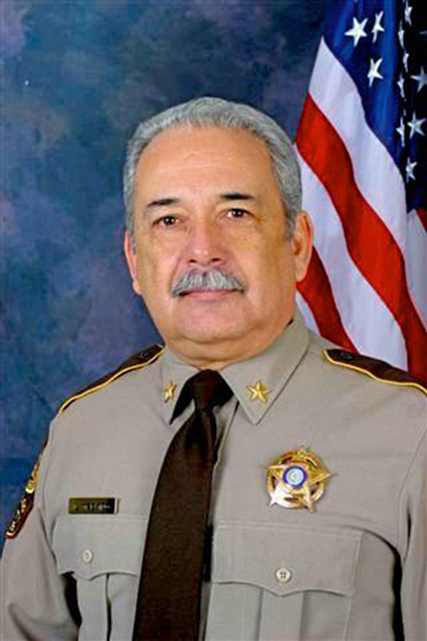 “I always knew that the commission was toothless, but it was a necessary step in taking down Lupe Treviño,” said Caples, who now runs the Starr County Special Crimes Unit.

Caples also registered as a Republican and challenged Treviño during the 2012 election cycle, attempting to raise awareness about corruption at the Sheriff’s Office.

Guerra told Treviño to deposit the money in the campaign bank account and document the refund with a check.

Although Treviño disclosed the donation and the returned check on campaign finance reports, he missed the legal deadline to refund the donation, according to Ethics Commission records.

Treviño deposited the cash on June 22, 2012, but didn’t write the refund check until Aug. 18 — missing the refund deadline by three days. By law, the contribution had been accepted.

“We knew that he was taking money from drug dealers. And everyone knew it except for the feds. Or at least it seemed that way,” Caples said. “So when we finally caught him red-handed, we basically did a three-pronged attack: a complaint to the Texas Ethics Commission, a copy of it to the feds and a copy of it to The Monitor.”

Exactly how much money Treviño accepted from Gonzalez and where the money went remains unclear.

The judge — reading from the presentence investigation report, which isn’t available to the public — said Treviño admitted to accepting $20,000 to $25,000, according to the sentencing transcript.

However, the judge said Gonzalez admitted to giving Treviño “hundreds of thousands of dollars” through Padilla, who apparently kept some of the money, according to the sentencing transcript. Padilla told a similar story, but serious questions surfaced about his credibility.

Treviño, who remains in federal prison, couldn’t be reached for comment. He must start making monthly payments to the Ethics Commission on Feb. 1, 2019.